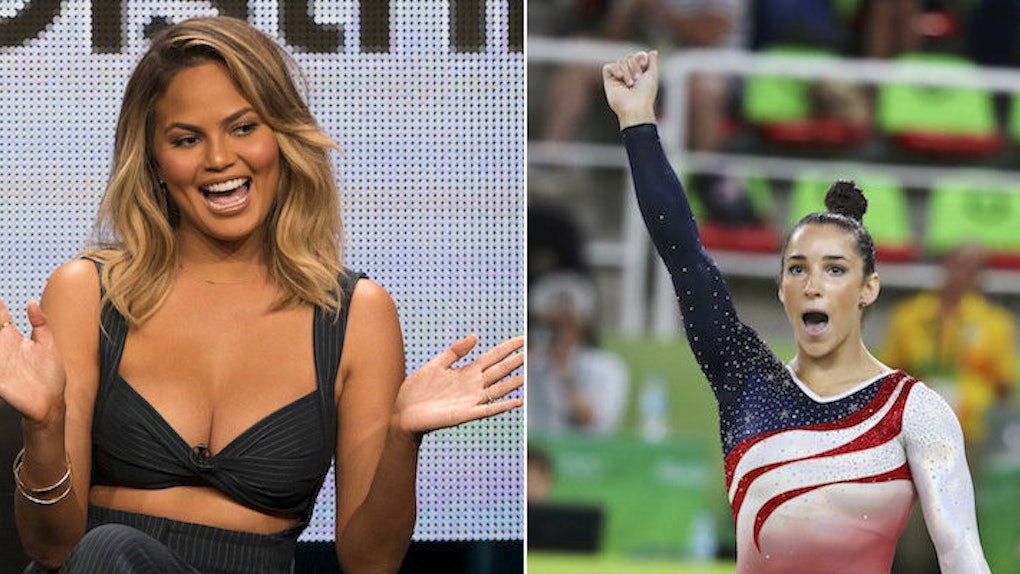 Aly Raisman And Chrissy Teigen Are BFFs Now, Thanks To These Hilarious Tweets

Friendship is a beautiful, magical thing -- especially when it happens on Twitter between celebrities.

John Legend also couldn't resist joining in. It looks like they'll all be hanging out soon, and we're jealous.

For real, they make it look so easy. Meanwhile, I'm the most awkward person on Twitter. How do they do it?

Chrissy straight up asked Aly if they could be friends. How many times have you thought that very same thing about someone from afar but never said anything?

Just read these tweets to watch the beautiful birth of an internet friendship.

Obviously, Aly was like, hell yes. Who wouldn't want to be friends with Chrissy and John?

They even struck up a friendly deal. Sounds perfect!

John Legend HAD to get in on it too.

This is how friendships should always happen.

I wish I was this good at Twitter. I guess making friends is easy when you're Chrissy Teigen.

I hope their conversation inspires you to hit up your friend crush on social media. What's the worst that could happen?