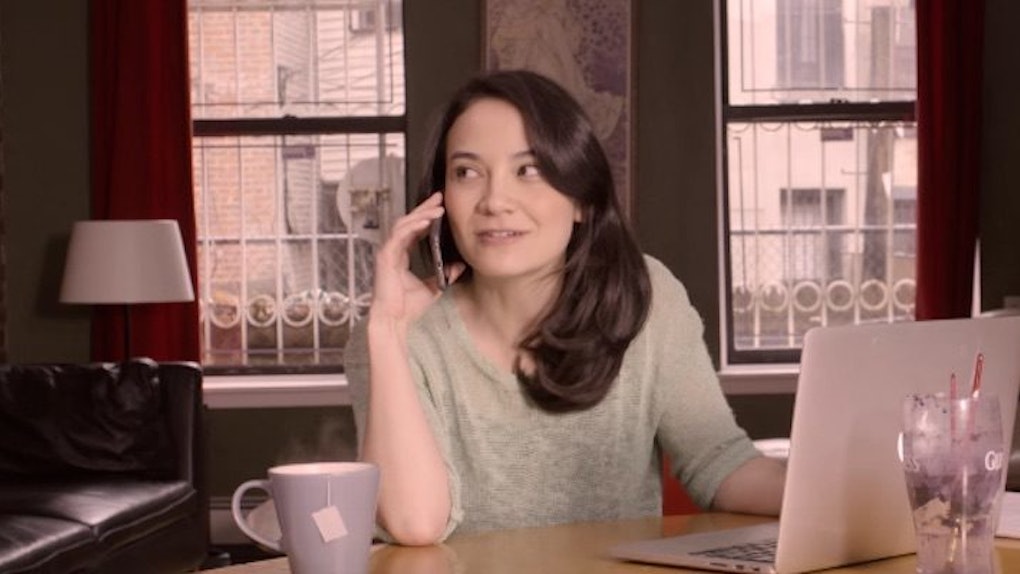 Here's What Terrible Tech Support And Abortion Access Have In Common

Later this week, more than 40 years after Roe v. Wade, the Supreme Court will begin hearing arguments in the controversial Whole Woman's Health v. Hellerstedt case, the outcome of which will have a significant impact on abortion access nationwide.

The mere existence of the case seems to suggest that woman are incapable of making decisions for themselves  --  that we can't be trusted with our bodies, but a (male-majority) legal group somehow can.

To highlight just how ridiculous that is, the American Civil Liberties Union created a video comparing abortion access to “tech support from hell,” and it's so accurate.

In the video, a women calls tech support to get help for her “female computer.” Immediately, she's presented with a series of roadblocks (she must wait 72 hours, there are no “service centers” nearby, etc), which prevent her from proceeding as planned.

Eventually, a recording informs her the service center is concerned about her ability to make decisions for herself, and that she must see someone in person before getting the services she needs.

Using the metaphor of the service center perfectly highlights how unfair it is to limit access to abortions — and how absurd it is to think it's OK to do so.

Watch the (amazing) video below.

Citations: This Video Perfectly Shows How the Abortion Process Is Basically Tech Service From Hell (Cosmopolitan)