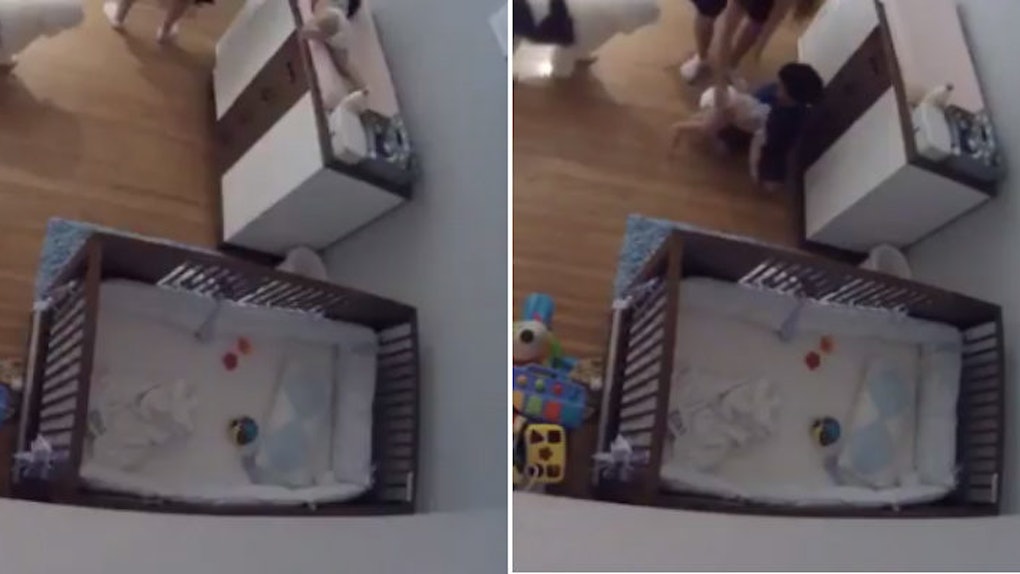 This is the tale of one Jedi Padawan discovering his powers for the first time.

Joseph's mother, Levi, always knew there was something different, something unique about her son.

He'd talk about being able to sense things, and she'd often find him fiddling with air conditioning units and pod-racers.

And he became very close friends with a man named Ben who tried to give him a light sword.

Once, she even caught him trying to break out of the house in the middle of the night to go to Toshi Station to pick up some power converters and, I dunno, a shoebox full of more Star Wars references.

Anyway, then came a day when young Joseph, who is 9 years old, saved his baby brother, Eitan, from falling off a changing table.

Levi was changing Eitan's diaper when her other son Zion (midi-chlorian count as of yet unestablished) asked her a question about his homework.

She turned away for a split second and Eitan rolled off the table.

That's when Joseph's Jedi power finally asserted itself in earnest. He felt the tug of time, the premonition of danger, the call to action.

He caught his brother mid-fall like his father before him (look, anything in this article you do not understand or that sounds weird is a "Star Wars" reference).

Levi told ABC Joseph wasn't even in the room when Eitan fell. He was walking by.

It's not the first time that Jedi reflexes of this caliber have been recorded on film.

She added he told her he felt as though an "angel pushed" him.

He says he doesn't know how else he could've made it to his little brother in time otherwise.

When he says "angel," of course, we know what he actually means is "midi-chlorian colony living within my soul."

Joseph has been assigned a Jedi master to start his formal training. Mace Windu has decided to take on the boy's studies personally.