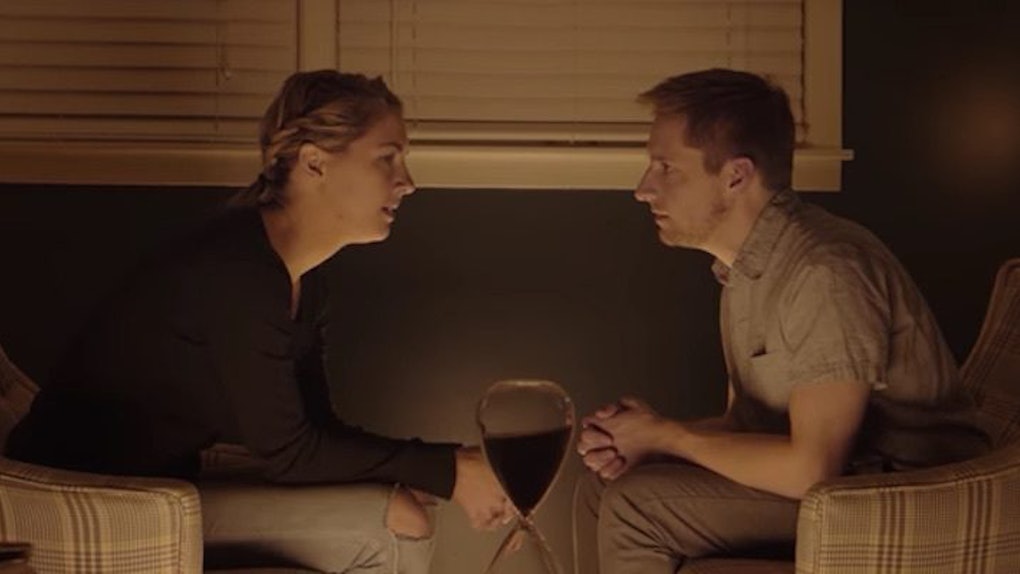 This 2016 Horror Movie Trailer Is As Scary As You'd Think

This year has been absolutely horrifying.

It's often felt like riding a bike through a hail storm, only to arrive home to find your house has burned down.

Then, as you sit down and weep in the ashes of your sad, destroyed former shelter, high schoolers drive by and pelt you with eggs. To top it all off, you get struck by lightning.

Yep, that's pretty much what 2016 has been like: no end to bad news. It's been a perpetual beating.

It's a wonder we survived at all.

This is precisely why the fine people at Friend Dog Studios created an unsettlingly accurate trailer for 2016 that reimagines the year as a horror film (watch above).

The trailer truly captures how terrifying this year has been, and how just when you thought things couldn't get any worse, 2016 dumped more dog shit (in a paper bag, set on fire) on your doorstep.

Not that we needed a reminder, since the wounds of this year are still fresh, but the trailer highlights all the painful celebrity deaths, the exploding phones (yes, that really happened this year), Brexit and even features a crazed villain wearing a hybrid Scream-Trump mask.

This trailer is genius, but also somewhat painful to watch.

You took from us both Prince AND Princess Leia (among far too many other magical human beings). That's unforgivable.

Goodbye 2016, we won't miss you. You were about as fun as going to the dentist with an excruciating hangover.

And 2017: If you think for even half a second that we are going to stand for the same treatment we received over the past 12 months, you better check yourself.

The people have had enough!

We're heading into the new year ready to fight back. Bring it on.

Citations: Someone Turned 2016 Into a Horror Movie Trailer and It's Terrifying AF (Cosmopolitan)