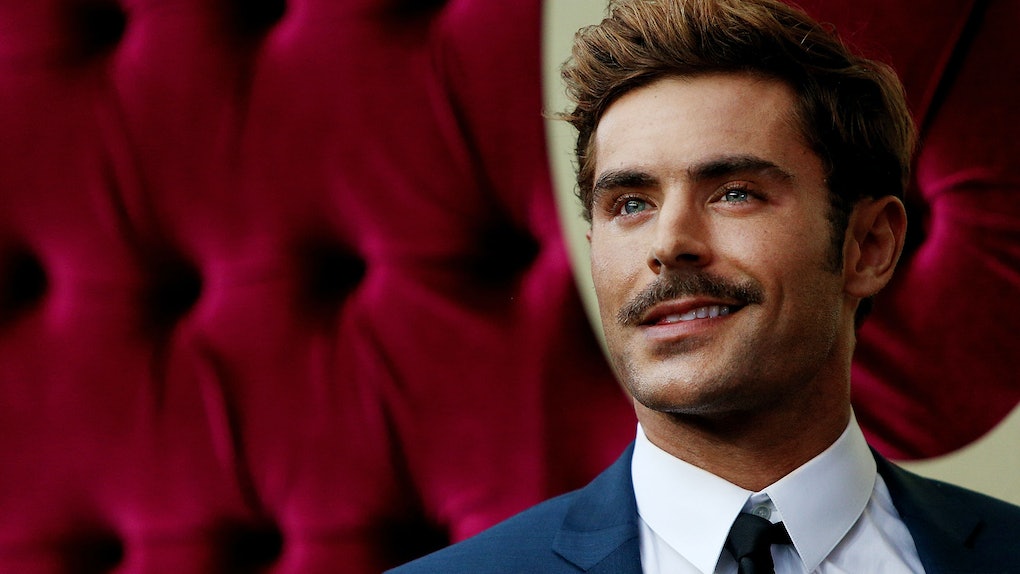 I feel like almost everyone can recall a time in their life when they were low-key obsessed with Zac Efron. I, for one, threw a High School Musical-themed party back in middle school, with a life-sized cardboard cutout of Zac as one of the decorations — so you can do with that information what you will. Anyway, Zac Efron shared his thoughts on what a healthy workout routine looks like in a recent interview with PEOPLE, and honestly, reading about his approach to fitness just confirmed for me that the money I spent on that cardboard cutout was not wasted. Ugh, I love him.

In his interview with PEOPLE, Efron talked about the training he's done for past movies and film projects, and he opened up about how that kind of constant dedication to a fitness routine — not to mention the many restrictions that come with it — isn't realistic for a typical, everyday lifestyle.

It's honestly so refreshing to hear this from someone like Zac Efron because, well, he's the kind of actor who pretty much always looks very, very buff any time you see him on the big screen. Efron's point, though, is that, while he may have looked physically healthy on the outside in some of his acting roles, he told PEOPLE that his state of mind during those training periods was, really, anything but healthy — which is why he'd never consider that kind of routine to be sustainable, let alone good for you, he told the outlet.

“It’s definitely fun because you get to put everything on the line in terms of your work ethic and seeing how far you can push it,” Efron told PEOPLE. “It’s a finite period of time, but I would not consider that a healthy or normal way to live everyday life.”

The 31-year-old actor went on to say that, even though he was technically in "impeccable shape" during these training periods, he said he was often struggling mentally, and that he even went through mood swings as a result of the dietary restrictions he'd made for himself. "People weren’t telling me I was mean or anything," he explained to PEOPLE, "but I could feel that lack of carbohydrate."

That's why, when he isn't training for a film that requires him to look a certain way, Efron told the outlet, his workouts and nutrition look very different. “It’s so much better to be off and being free," he explained. "I love being able to wake up and do whatever I want to do. I’m not indebted to training or I’m not eating a certain thing."

When it comes to his usual workout routine, Efron told PEOPLE that he trains for the simple purpose of being able to live his fullest life. "I want to still be ready to do anything, be capable of doing whatever life needs or wants me to do, so there’s as much stretching now as there is training," he said.

It seems like the Extremely Wicked, Shockingly Evil and Vile actor is all about functional fitness — aka a way of working out that involves lots of mobility training and stretching, with a smaller emphasis on traditional strength training — and lucky for you, he recently partnered with Amazon to create and share a list of his favorite fitness products.

Some of his go-to products, PEOPLE reports, include resistance bands, an exercise mat, wireless headphones, and a foam roller, all of which you can find on Amazon Sports.

Whether you're generally looking for new products and gadgets to add to your own workout routine, or you specifically want to channel some dreamy Zac Efron vibes in your next sweat session, be sure to check out some of his top picks on Amazon. I may or may not have already added, like, 10 things to my cart.

More like this
25 Instagram Captions For Workout Pics & Being A #Boss In The Studio
By Marisa Casciano
I Tried Singing While Running Like Miley Cyrus & OMG, My Lungs
By Rachel Varina
These Creative #EcoHacks On TikTok Encourage Green & Waste-Free Living
By Marisa Casciano
Stay up to date