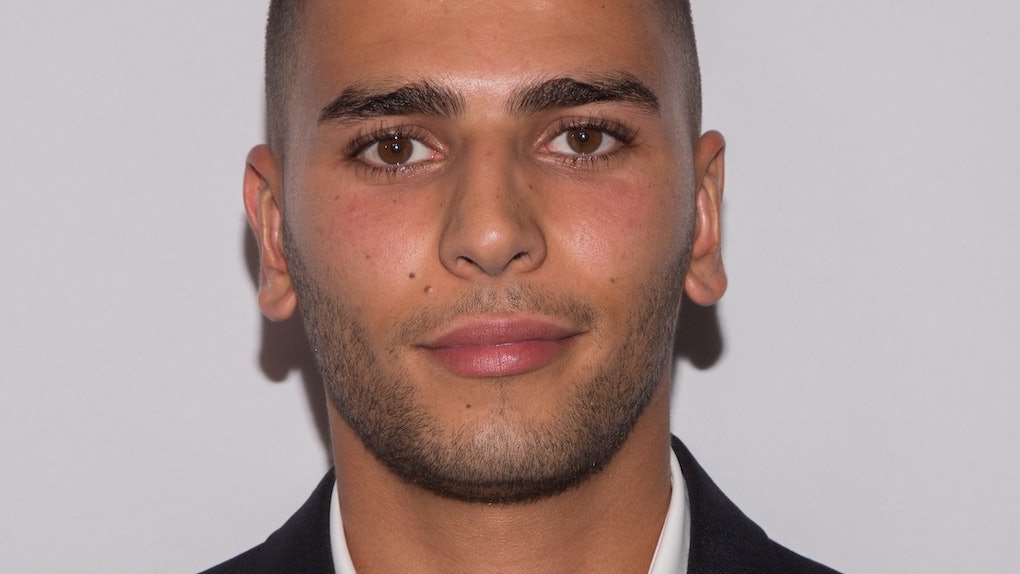 Younes Bendjima's Response To Photos Of Him With Another Woman Is So, So Heated

If you still haven't forgiven Younes Bendjima for leaving those passive-aggressive comments on Kourtney Kardashian's bikini pics, I have good news for you. On Monday, Aug. 6, Bendjima was photographed in Mexico looking flirty with a woman named Jordan Ozuna (a reported former flame of both Justin Bieber and Tyga). Younes Bendjima's response to photos of him with another woman is pretty intense.

On Tuesday afternoon, Bendjima posted a screenshot of a Daily Mail story that reads, "Kourtney Kardashian and Younes Bendjima split! Toyboy rebounds with bikini-clad model who dated Tyga after Kylie Jenner," complete with photos of Bendjima and Ozuna together. Elite Daily reached out to Bendjima's team for comment on the photos. He added the caption:

They really want me to be the bad guy f*ck your Hollywood bullsh*t ( can't have fun with your friends no more) dailymail Where are my 12 others friendssss? Nice catch tho 🎣

Next, he posted a shot of a bunch of his friends sharing a meal together with the caption, "OH FOUND THEM 😆😂"

This isn't the first time that Bendjima has alluded to his reported split on Instagram Stories. On Monday, he posted what appears to be a sad-looking clown with his head in his hands. Kardashian has since deleted many photos of him from her Instagram feed, and sources tell TMZ that she was the one to initiate the split. Elite Daily has reached out to both Kardashian and Bendjima's reps for comment on the rumored split.

Bendjima made headlines last month when he commented, "thats what you need to show to get likes?" on a photo of Kardashian in a thong bikini. At the time, a source told E! News that Kardashian didn’t like Bendjima’s impulsive, jealous nature. The source said:

Maybe he's softened his stance on women's swimwear styles — Ozuna wore a white thong bikini in Mexico on Monday. In the photos, Bendjima's arms are wrapped around her shoulders as they play on the beach. Elite Daily has reached out to their reps for comment as to their current relationship status.

This isn't Ozuna's first connection to the Kardashian family: She reportedly modeled for Kanye West's Yeezy Season 3 show, according to the Daily Mail, and has been linked to both Tyga (Kylie Jenner's ex) and Justin Bieber (Kourt K's rumored ex).

And you thought your friends ran in small circles.