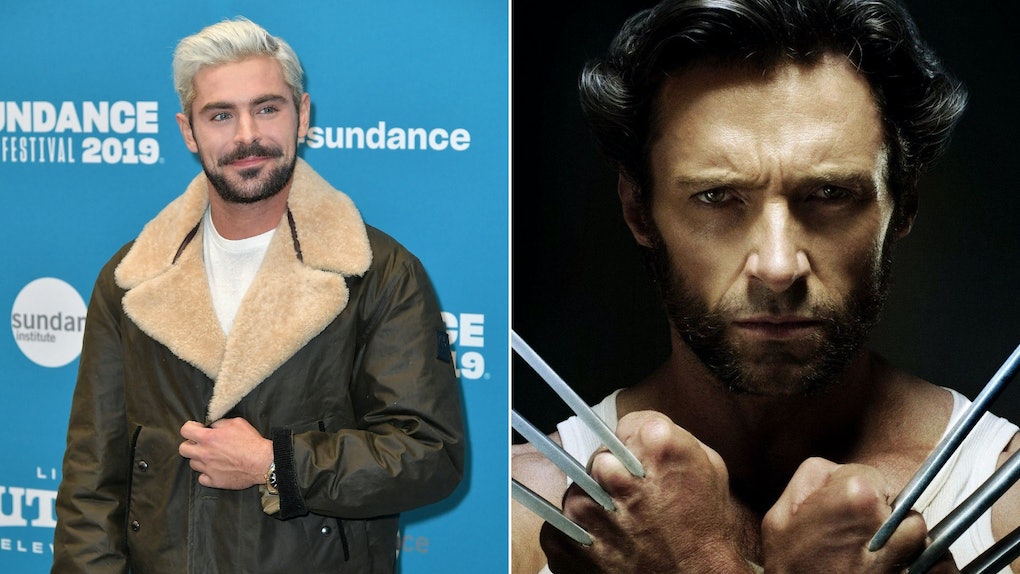 Will Zac Efron Be The Next Wolverine? Here's What Marvel Fans Should Know

After spending the last 20 years as Wolverine, it sounds like Hugh Jackman will finally be retracting his adamantium claws for good. Now that Disney's merger with 21st Century Fox is a done deal, Marvel's Avengers film franchise can finally introduce the X-Men and the Fantastic Four into its fold, which means a new actor playing Wolverine. It is anyone's guess who may take up the mantle of the most iconic X-Men character, but fans already have some idea. Will Zac Efron be the next Wolverine, or what about Daniel Radcliffe? Let's go over all the discussions flying around about Wolverine's future on the big screen.

It might be a bit difficult for fans to imagine anyone but Hugh Jackman as Wolverine, since he has been playing the gruff mutant consistently since 2000's X-Men, but his 2017 film Logan definitely felt like the perfect send-off for Jackman in the role. Plus, now that the X-Men are under Disney's purview, it makes sense that Marvel reportedly wants to reintroduce Wolverine with a younger actor— a new Wolverine for a new era. On top of all that, Jackman has made it pretty clear time and again that he has retired from playing Wolverine after Logan.

OK, so Hugh Jackman is definitely not coming back. Then who will be our next Wolverine? One name coming up a lot among fans is Zac Efron. Not only does Efron have the physicality for the bulked-up superhero role, but he has recently worked closely with Hugh Jackman on their movie The Greatest Showman, so he can definitely get some tips from the former Wolverine.

The other actor that is being brought up a lot is Daniel Radcliffe. Radcliffe actually talked about the possibility of playing Wolverine during a Wired interview last week, joking that it would have to look like Hugh Jackman shrunk in hot water for Radcliffe to take over the role. He recently confirmed to IGN that he was just joking around and that he has not had any professional talks about playing Wolverine. Still, he could definitely pull off the signature Wolverine look if those rumors actually panned out into something more concrete.

Back in 2015, Hugh Jackman himself brought up Tom Hardy as his pick to take over the role of Wolverine, but that might be tricky now that Hardy is already in the superhero game with Sony as Venom. Another name popping up is Scott Eastwood, which could also be an interesting choice. But Marvel comics writer and illustrator Robert Liefeld is not so enthused about any of those choices. Liefeld, whose most prominent work has been within the X-Men comics, insisted that an unknown actor should be given the part of Wolverine, pointing out that Jackman was an unknown when he was cast.

At this point, everything is just rumors and opinions, but given that the Disney-Fox deal is scheduled to officially close this summer, fans can probably expect Marvel to announce their new choice for Wolverine pretty soon.