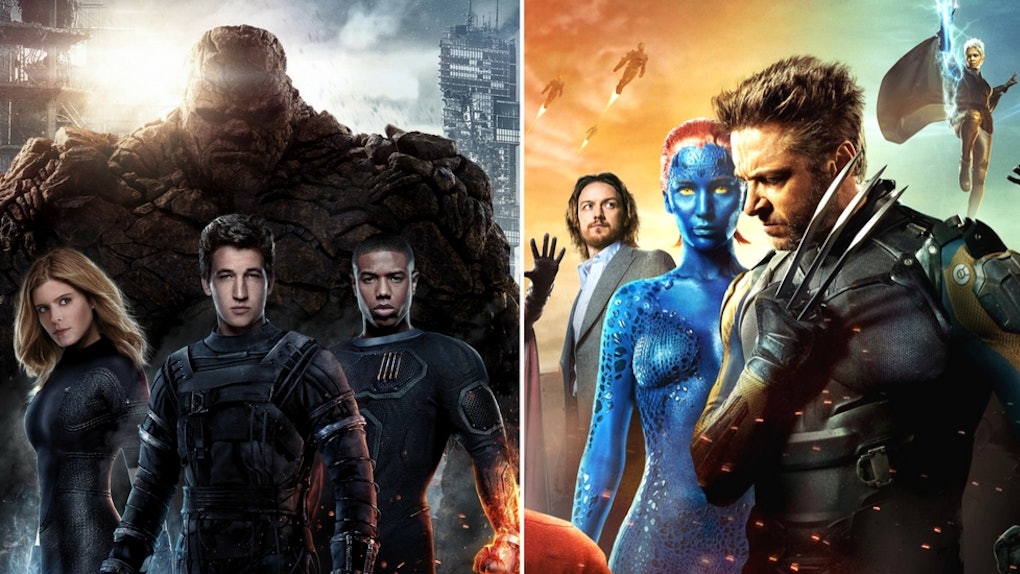 Will The Fantastic 4 & X-Men Be In 'Avengers 4'? The Directors Are Giving Fans Hope

If you thought that Avengers: Infinity War was going to be the biggest superhero team-up ever, just wait until you hear what the directors have in mind for Avengers 4! Infinity War directors Anthony and Joe Russo are also signed on to direct the followup Avengers movie, set to be released in 2019. There's been a ton of speculation about what this fourth movie might involve, and now the Russo brothers are teasing the possibility of some exciting new character additions. So, will the Fantastic Four and X-Men be in Avengers 4? It sounds like the Russo brothers are trying to bring the entire Marvel family together for the next big movie.

During an interview with the French website Internaute, the Russo brothers teased that they are interested in adapting Marvel Comics' Secret Wars storyline for Avengers 4:

We’ll say that if that Fox deal goes through with Disney there’s a lot more characters to work with all of a sudden. It would be interesting to do something like Secret Wars…

Secret Wars is a big deal because it stars not only the Avengers, but also the Fantastic Four and the X-Men. The twelve-issue Marvel comic book series Marvel Super Heroes Secret Wars ran from 1984 to 1985. The storyline focused on a cosmic entity known as Beyonder, who decides to summon a group of superheroes and a group of supervillains to battle on a distant planet. The heroes are basically made up of the members of the Avengers, the Fantastic Four, and the X-Men, with a selection of each team's supervillains making up the antagonists.

Although Secret Wars is one of the most beloved crossover events for a lot of Marvel Comics fans, the Russo brothers' announcement is still super unexpected since the Fantastic Four and the X-Men have not yet been introduced into the Marvel Cinematic Universe. The reason for that is purely bureaucratic: Disney owns Marvel Studios as of 2009 (when the Avengers cinematic universe of movies began), but 20th Century Fox's prior deal to the rights of the Fantastic Four and X-Men still stands. But now that Disney is in the process of buying 20th Century Fox, the Russo brothers may gain access to the additional superhero teams before Avengers 4 is released.

If Secret Wars does end up happening, then the next interesting issue will be casting. Will the Marvel Cinematic Universe bring over the actors that played the iconic X-Men and Fantastic Four characters from the past 20th Century Fox films, such as Hugh Jackman as Wolverine and Miles Teller as Mister Fantastic? The tricky thing about that approach is the threat of double casting. In this case let's call it the Human Torch problem, since both actors who have played the Human Torch in past Fantastic Four movies (Chris Evans in 2005's version and Michael B. Jordan in 2015's version) are have since joined the Marvel Cinematic Universe as different characters. Most likely, Marvel will cast new actors in the roles, giving fans a whole new on-screen iteration of the Fantastic Four and the X-Men.

The possibility of Avengers: Secret Wars could also bring a couple other Marvel characters on the outskirts of the cinematic universe into the fold. Primarily, it could introduce Ryan Reynolds' Deadpool to the Avengers team. Although Deadpool did not appear in the initial Secret Wars comics, later sequels revealed that he was also involved in the battles. Another possible new addition could be Tom Hardy's Venom. The alien symbiote that created Venom was famously first discovered by Spider-Man during the Secret Wars arc, and Marvel's Venom standalone will be out at the end of 2018, ahead of Avengers 4.

Obviously, this is still just an idea in the Russos' head and it depends on the Disney-Fox deal to go through, but it is definitely an exciting prospect for Marvel fans.