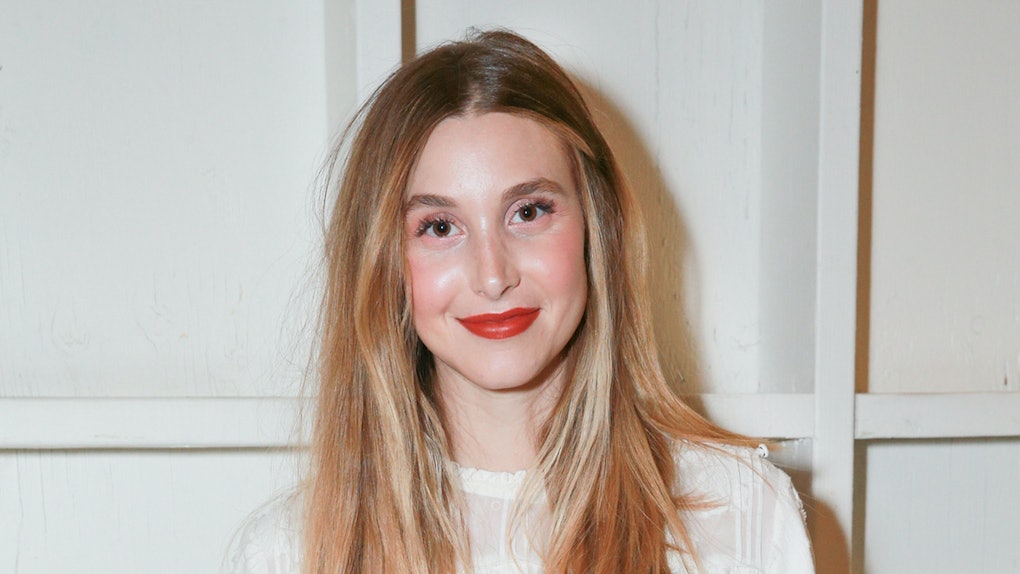 Will Whitney Be On 'The Hills: New Beginnings'? The Fan-Favorite Announced Her Plans

Whitney Port — Teen Vogue alum, star of The City, queen of the reaction GIF — has a very important announcement for fans. Whitney rose to fan-fave status as Lauren Conrad's fellow intern and trusted confidante as a cast member of MTV's reality phenomenon The Hills. She later landed her own spinoff, The City, that followed her fashion adventures in New York. Whitney's gone on to become a designer, author, wife, and mother since her successful reality TV stint. Now fans are wondering: Will Whitney be on The Hills: New Beginnings? She 33-year-old recently confirmed her involmement with a picture-perfect throwback.

Familiar faces Audrina Patridge, Spencer Pratt, Heidi Montag, Stephanie Pratt, Frankie Delgado, Jason Whaler, and Justin Bobby hit the red carpet at Monday, Aug. 20's VMAs in tandem with the announcement of the Hills revival. Naturally, a few cast members from the original show were noticeably absent — Lauren Conrad and Kristin Cavallari didn't tag along. Lauren decided to opt out of the reboot because she's reportedly "in a different place in her life" and Kristin currently headlines her own docuseries, E!'s Very Cavallari.

Whitney Port was a memorable part of The Hills dynamic, even though she mostly stayed out of the clubby drama. Luckily for viewers, she's down to do more. She took to Instagram to share a photo from her early MTV days and break the news that she will indeed be joining the upcoming New Beginnings.

"Throw back to my first VMAs look. Good thing I get to go back and make up for my insane looks on #thehills on the NEW HILLS REBOOT!!! Maybe they’ll let me out of the fashion closet this time. #mtv," Port captioned the pic.

Everyone, allow yourself to freak out for a second:

Whitney's still living in her native Los Angeles these days and is married to producer beau Tim Rosenman. They have one son, Sonny Sanford, who they welcomed in July of last year. Whitney continued working in fashion although she's long moved on from the Diane von Fürstenberg offices. She released her "Whitney Eve" line in 2009 and judged the eighth cycle of Britain and Ireland's Next Top Model. Port is active on social media often sharing candid tales of motherhood and marriage. She even has a recurring series on her YouTube channel titled "I Love My Baby, But...", which covers everything from mom guilt to body changes to pregnancy problems. Perhaps her family and honest approach to dealing with everyday, relatable issues like managing a work-life balance will be a regular part of her new Hills storylines.

“It’s like we’re all growing up. It’s weird,” Stephanie Pratt's voice is heard saying in the first teaser for The Hills: New Beginnings. That's for sure. Confirmed cast member Audrina Patridge is also a mom to daugher Kirra Max, and Heidi and Spencer had their son Gunner in October. Jason Wahler — the guy Lauren famously didn't go to Paris for — became a dad to Delilah Ray with wife Ashley last year.

It will certainly be interesting to see what unfolds now that new responsibilities are the table for The Hills cast. Their 20s might be very much in the rear view, but the rest is still... you know... please don't make me write it... unwritten.

More like this
Ellen Pompeo's Response To Jesse Williams Leaving 'Grey's Anatomy' Is Emotional
By Cianna Garrison
How Many Episodes Will 'Cruel Summer' Season 1 Have? Fans Need Answers
By Rachel Varina
'This Is Us' Season 6: Release Date, Cast, Trailer, Plot, & More Info
By Ani Bundel
Stay up to date