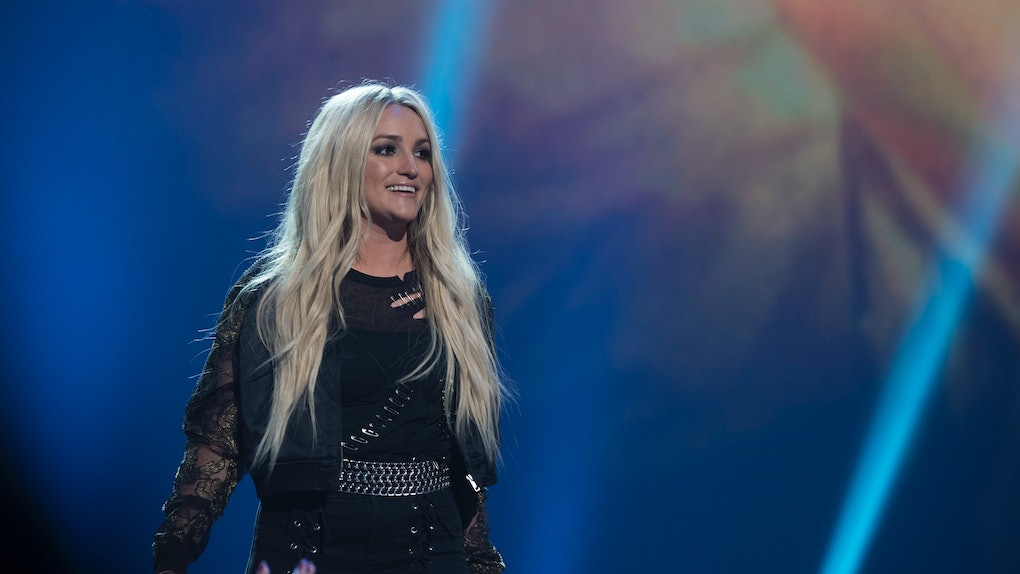 Will There Be A ‘Zoey 101’ Reboot? Jamie Lynn Spears’ Instagram May Confirm It

IMHO, 2019 might just go down as the year of the reboot, and it sounds like a beloved mid-'00s Nickelodeon show is up next for the revival treatment. Zoey Brooks fans, you officially have permission to freak out, because Jamie Lynn Spears' Instagram hinting at a Zoey 101 reboot seems to suggest that we'll all be heading back to Pacific Coast Academy sooner rather than later. So you can stop wondering, "Will there be a Zoey 101 reboot?," because Spears all but confirmed it. Considering that Netflix and Nickelodeon just joined forces, here's why a reboot actually wouldn't be that surprising.

On Friday, Nov. 15, Jamie Lynn Spears set off speculation that Zoey Brooks would be heading back to TV screens by sharing what appeared to be a photo of a script. In the Instagram post, all the words in the script were covered up except for the phrase "Gimme that bacon!" and a character named Sean. While I would normally would have kept on scrolling, several comments from two very familiar individuals caught my eye.

Paul Butcher and Chris Massey, who played Dustin Brooks and Michael Barret on the show, upped the ante on the rumors with their responses, with Butcher commenting, "Something's coming" with side eye and flame emojis. Meanwhile, Massey commented with a flexing arm emoji and a smirking face.

While the Nickelodeon show went off the air in the spring of 2008, it's not the first time this year that Spears has taken a trip down memory lane this year.

Back in January, the actress cleared the air about why the series ended while celebrating 14 years since Zoey 101 aired.

Alongside a clip of the show's theme song "Follow Me," she wrote, "Are you ready? 14 years later...still a jam..." She also confirmed that, contrary to rumors at the time, the show didn't end after its third season due to her becoming pregnant. She hashtagged the photo, "#itdidNOTendbecauseofpregnancy" and "#contractwasfinished."

At the time, the actress also hinted that a revival was on her mind as she took to her Instagram Story to share multiple throwback photos from the show.

"Seriously, tho, so thankful for this show and everyone who loved and supported it," she wrote alongside one photo. "I grew up on this show, so it was pretty much my childhood also."

She also wrote, "Honestly, since sooo many keep asking us, I'm just curious. How many of you would watch a reunion/reboot of Zoey?"

Meanwhile, back in July, the cast — including Butcher, Massey, Sean Flynn, Matthew Underwood, and Victoria Justice — reunited, although Spears was not in attendance.

However, she shared a clip of the cast yelling at the camera, "Hi Jamie! We miss you. We wish you could be here and we hope to see you soon," explaining, ""Not only did I miss the reunion, but I also missed the FaceTime, because I'm lame and fell asleep.... thank y'all for the video and hope to see y'all very soon."

While none of the cast members have yet to officially confirm that a revival is in the works, Justice did recently say that a return to Zoey 101 would be "super fun" in an interview with ETOnline.

"It sounds super fun. I don't know, it doesn’t seem that real to me because I haven't been, like, officially, no one has come to me or anything," the Victorious star told the publication. "Who knows. I have no idea what's going on."

She added, "But I love that show. It was such a special time in my life and I love all the people that are involved in it. I guess, you never know."

While there's no telling whether or not a return to Pacific Coast Academy is in the cards until it is officially announced, fans should keep an eye on the stars' social media for any upcoming developments in the coming months, because it looks like exciting things are happening.