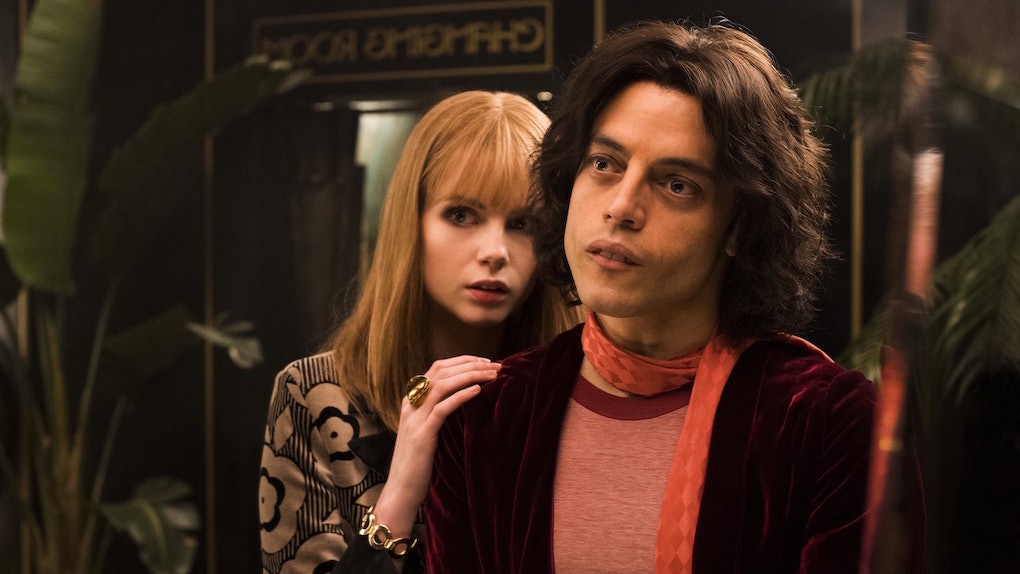 Will There Be A 'Bohemian Rhapsody' Sequel? It Is Reportedly In Talks

Queen may be back to rock another day in a potential sequel to last year's hit biopic Bohemian Rhapsody. The rock doc about the formation of Queen and lead singer Freddie Mercury's struggles with fame became a massive box office smash as well as an awards season darling, so it would logistically make sense that the studio behind it would be thinking of ways to replicate that success. But the movie also does not necessarily lend itself to a sequel, since much of Queen's story has already been told in the first movie. So, will there be a Bohemian Rhapsody sequel? The possibility is actually being "heavily discussed," according to one of Queen's longtime collaborators.

In a new interview with Page Six, Rudi Dolezal, a director who worked extensively with Queen in the band's later years, said that he is sure Queen's manager Jim Beach has plans for a sequel that picks up right where Bohemian Rhapsody left off. Beach was a producer on Bohemian Rhapsody, and Dolezal added that a sequel is being heavily discussed among Queen right now.

Although it is pretty common for blockbuster movies to get sequels nowadays, this is actually pretty surprising news since Bohemian Rhapsody is a biopic. The film did leave some room for a potential sequel, though. Bohemian Rhapsody ended with Queen's iconic Live Aid performance in 1985, after the band had broken up and reunited. In the biopic, Freddie Mercury had revealed his AIDS diagnosis to his bandmates before the big performance, but in reality, Mercury was diagnosed after the Live Aid concert. A potential sequel would track the six years between the Live Aid performance and Freddie Mercury's death in 1991.

A potential sequel could also explore how Queen has continued on in the aftermath of Freddie Mercury's death. The British rock group disbanded in the years following Mercury's death, but then Brian May and Roger Taylor reunited and began touring again as Queen in 2004 with new lead singer Paul Rodgers. Rodgers ended up parting way with the group in 2009, but May and Taylor discovered Adam Lambert shortly afterwards thanks to American Idol, and now Lambert serves as the new lead singer of the reunited Queen. Most recently, Queen and Adam Lambert opened the 2019 Oscars with a medley performance, and a new Queen documentary featuring Adam Lambert and Bohemian Rhapsody star Rami Malek is set to premiere next month.

Bohemian Rhapsody is coming off of a hugely successful run. After being released last fall, the film became the highest grossing biopic of all time, as well as winning four Oscars at this year's ceremony along with being nominated for Best Picture. If the potential sequel actually does materialize, the next question would be whether Bohemian Rhapsody star Rami Malek would be available to reprise the role of Freddie Mercury. Then again, it also seems likely that Mercury would not be as big a part in a sequel that picks up after the Live Aid concert, since he was only alive for a few more years after that. We will just have to wait to see if this sequel talk becomes more serious in the future.

More like this
An 'After' Prequel About Hardin & A Sequel About His Kids Are In The Works
By Abby Monteil
Who Will Play The Fantastic Four For Marvel? Twitter Has So Many Ideas
By Dylan Kickham
'Guardians Of The Galaxy 3': Release Date, Cast, Trailer, & More Details
By Ani Bundel
Stay up to date