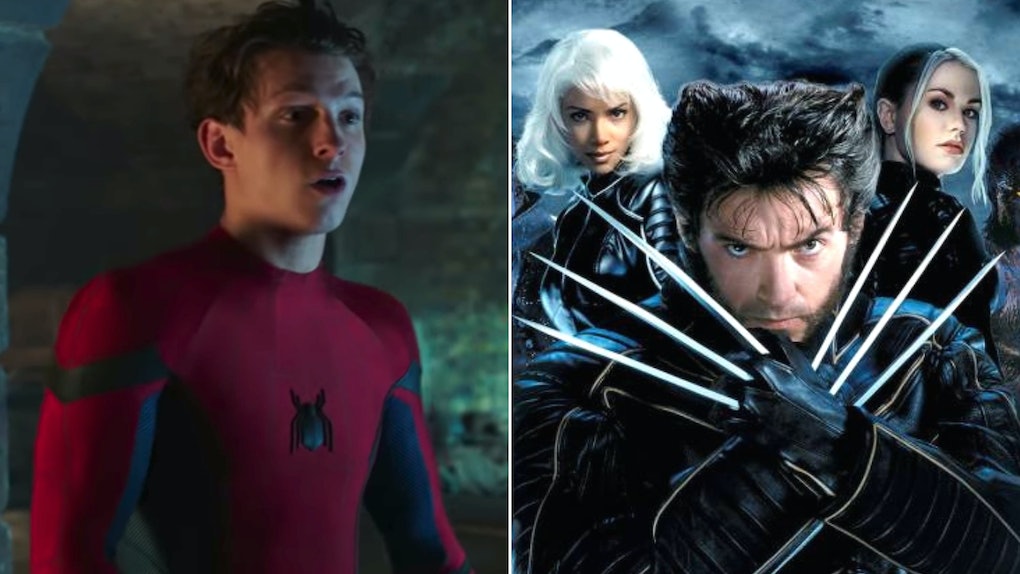 Will The X-Men Be In 'Spider-Man: Far From Home'? The Trailer Teases Their MCU Debut

Spoiler alert: This post contains spoilers from Avengers: Endgame. One of the most highly anticipated prospects of Disney's recently closed deal with 20th Century Fox is that Fox's formerly owned Marvel properties (namely, the X-Men, Deadpool, and the Fantastic Four) can officially be introduced within the Marvel Cinematic Universe. And a line in the newly released Spider-Man: Far From Home trailer seems to perfectly set up how these heroes may be introduced.

In the trailer, Nick Fury introduces Peter Parker to Jake Gyllenhaal's character Mysterio, revealing that he is from a parallel universe. "The snap tore a hole in our dimension," Fury says, confirming that Tony Stark's Thanos-destroying snap had an unexpected side effect. And Peter responds incredulously, bringing up a term that should make every Marvel fan's ears prick up: "You're saying there's a multiverse?"

The multiverse is something that is emblematic to Marvel Comics, as various superheroes have traveled to alternate dimensions and realities throughout the history of the comics franchise. Avengers: Endgame dipped a toe into the multiverse stuff with all of its time travel and use of the Quantum Realm, but the MCU has yet to fully introduce the concept... until Spider-Man: Far From Home, that is.

The introduction of the multiverse is also the perfect tease for all of the Fox-owned superheroes to potentially enter into the Marvel Cinematic Universe. The multiverse would be a perfect (and very meta) explanation for why the X-Men and Fantastic Four have not yet shown up in the Marvel movies: because they exist in a parallel universe. With the multiverse now confirmed to be opened and accessible in the MCU, the door is open for iconic characters like Wolverine, Jean Grey, Deadpool, and more to make their big debut in the world of the Avengers.

It also seems clear that the multiverse will be a central part of Marvel's upcoming Phase 4. The studio recently confirmed that Spider-Man: Far From Home will serve as the final entry in the MCU's Phase 3 of movies, meaning that it will be crucial in setting up a drastic shift in direction within the franchise. This came as a surprise to fans, given that Avengers: Endgame was assumed to close out Phase 3 with Far From Home opening up Phase 4. Now that we know the new movie will introduce the multiverse, though, it looks like that will be the major element that will be explored throughout the MCU's next phase.

So, get ready for even more superheroes and a lot more trans-dimensional weirdness in future Marvel movies. Spider-Man: Far From Home will swing into theaters on July 2.