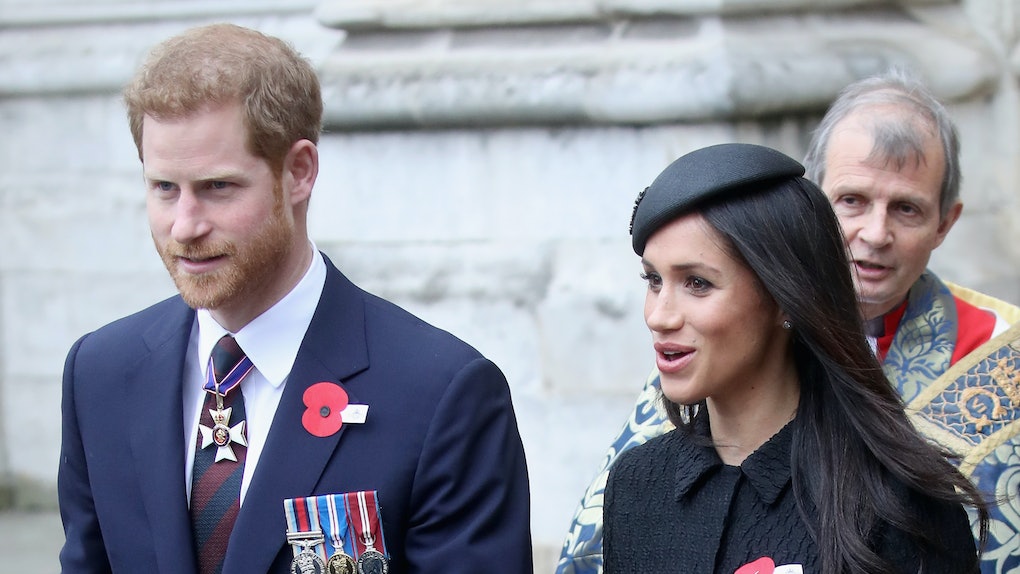 Will Prince Harry Become A U.S. Citizen? He'd Have To Make This Drastic Move

Months have become weeks and weeks will soon become days as the countdown to Prince Harry and Meghan Markle's wedding reaches its finals hours. With their holy matrimony on the horizon, there are a lot of questions worth asking, specifically because Markle is an American citizen. That fact not only prompts us to wonder about their children, but also about Markle's fiancé himself: Will Prince Harry become a U.S. citizen?

It would require a drastic move, literally.

Gaining citizenship through marriage is, of course, a well known method for naturalizing in the United States, and it can be accomplished using different avenues. But each of those avenues requires an applicant — i.e. the spouse looking to gain permanent status — to move to the United States.

According to the U.S. Citizenship And Immigration Services (USCIS), to qualify for naturalization through marriage an applicant has to "have been a permanent resident (green card holder) for at least three years," plus "have been living in marital union with the same U.S. citizen spouse during such time," and "meet all other eligibility requirements under this section."

The USCIS website lay out those other eligibility requirements. Those requirements include a minimum age and a rule that's most relevant to a prospective pursuit for U.S. citizenship for Prince Harry. An applicant must "be physically present in the United States for at least 18 months out of the three years immediately preceding the date of filing the application."

Long story short? Harry would have a lot of work to do if he wanted to become a U.S. citizen, and it is definitely not as simple as simple marrying an American.

The steps he'd have to take are succinctly outlined by Legal Zoom.

He's already at a disadvantage, given the fact that he does not reside in the states (those much publicized trips to Vegas don't count). The first thing the 33-year-old prince would need to do is immigrate to the United States after he gets married to Markle on May 19.

Markle would have to fill out Petition for Alien Relative form, which is used when "you are a citizen or lawful permanent resident of the United States who needs to establish their relationship to certain alien relatives who wish to immigrate to the United States."

Harry would then have to apply for a Green Card through marriage, and then after three years he'd be eligible for naturalization. However, during those three years, Prince Harry would have to be living in the United States for a least half that period of time (i.e. the 18-month rule mentioned above).

If that sounds like a lot of work that's unlikely to be done, well, that's because it really is highly unlikely to be done. Prince Harry and Meghan Markle's have well-known intentions to live in London after their marriage, specifically at a property within Kensington Palace's grounds. Harry is, after all, a member of the royal family, and within the line of succession to the crown, albeit far behind other members of his family. In other words, it's no surprise that a British prince would stay in Britain.

On the contrary, all the talk of naturalization and new citizenship status has revolved around Meghan Markle, who will have to take a test before she officially becomes a citizen across the pond. And even though she won't have to give up her American citizenship to achieve naturalization in Britain, there's been talk about her voluntarily doing so to make filing taxes easier.

So, while Prince Harry's imminent marriage to Meghan Markle makes it possible to become a U.S. citizen faster than others, it looks pretty unlikely he'll go through the steps to do so.

The responsibility of applying for new citizenship is instead all Markle's.

More like this
Will Prince Harry Attend Prince Philip's Funeral? He's Reportedly Planning On It
By Cianna Garrison
Prince Harry Looks Like Prince Philip Did In This Photo From The '50s & It's Wild
By Michele Mendez
Queen Elizabeth & Prince Philip's Relationship Timeline Is Legendary
By Corinne Sullivan
Stay up to date