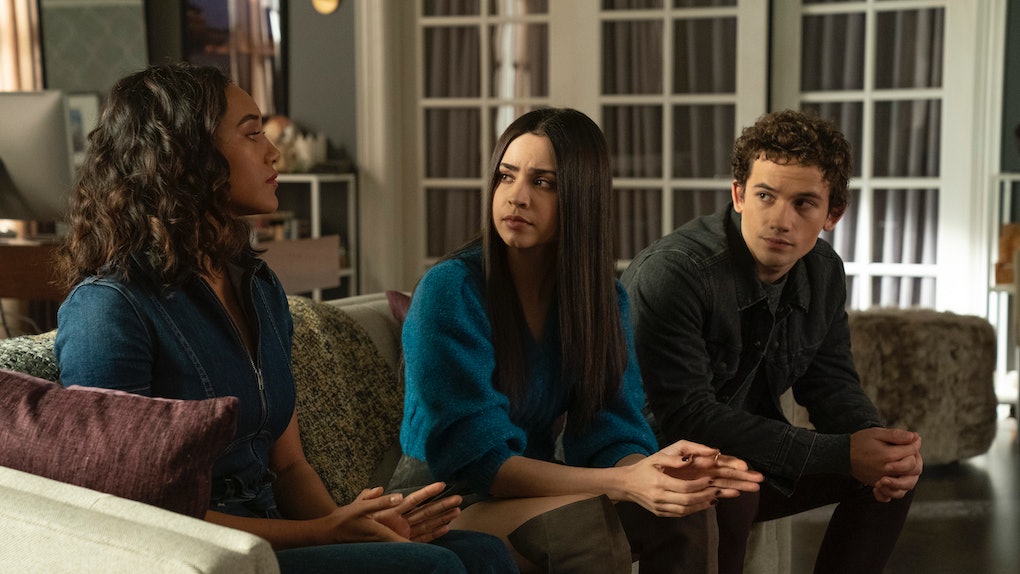 Will Mona & Mason Date On ‘The Perfectionists’? They Couldn’t Stay Away From Each Other

This post contains spoilers for Pretty Little Liars: The Perfectionists. College relationships can be fast and furious, but every now and then, they take a particularly naughty turn. After learning that Mason was her online chess opponent Bad Bishop, Mona was distracted by other matters, but that didn't decrease fans' focus on her reaction to the reveal of Mason. Bad Bishop's wit and skill always impressed Mona, but May 8's episode teased that her feelings have become even more complicated. Will Mona and Mason date on The Perfectionists? They're a little too invested in each other for their own good.

ICYMI, Mona (Janel Parrish) calmed Mason (Noah Gray-Cabey) down from his own existential crisis in May 1's episode, advising him to take a break from studies and indulge in something he enjoyed. Mason chose to play piano, telling Mona, "Music is the art of math." Later on, Mona received a notification from Bad Bishop saying, "Chess is the art of math." She confronted Mason about the coincidence, and while the pair didn't discuss the surprise any further, both seemed pretty intrigued by the reveal.

May 8's "Hook, Line and Booker" first focused on the kids, Alison (Sasha Pieterse), and Mona plotting to trick Dana Booker (Klea Scott) into admitting her corruption. But in between these plans, Mona met with Mason to play chess in person, but his flirty glances over the game board prompted Mona to intervene. "We can't do this," she told him.

The Perfectionists' staged argument attracting Dana disrupted the serious moment, and Mona's involvement with their plan to overthrow the head of security kept her away from Mason. When he messaged her asking for a rematch, she deleted the notification and had resorted to playing chess against herself when he stopped by her apartment.

He confessed that although he wouldn't do anything to get her in trouble, he still couldn't stop thinking about her. Mona pulled Mason inside and began kissing him, which led to their steamy hookup on her tabletop. Welp, that's one secret Nolan (Chris Mason) probably would've loved to get his hands on.

So, fans now know that they weren't just imagining Mona's crush on the faceless Bad Bishop. Seeing as Pretty Little Liars explored an illegal, inappropriate relationship with Aria and her teacher Ezra, it isn't too surprising that The Perfectionists is now covering something similar. The theme song for both shows sings ominously about secrets for a reason, right?

While it's not as wildly inappropriate as Ezria was at its beginning, Mona and Mason getting together as an admissions staffer and a student would definitely cause a stir on campus. Will they actually start a relationship? Could Dana find out and use it as more emotional blackmail? Mason and Mona have entered quite the pickle as the investigation around Nolan's death and Dana's interference intensifies. In addition to the situation's higher stakes, they also have reactions from people like Alison and Mason's ex Caitlin (Sydney Park) to anticipate.

We'll have to wait and see how the aftermath of this hookup plays out. Season 1 of Pretty Little Liars: The Perfectionists continues on Wednesday, May 15, at 8 p.m. ET on Freeform.