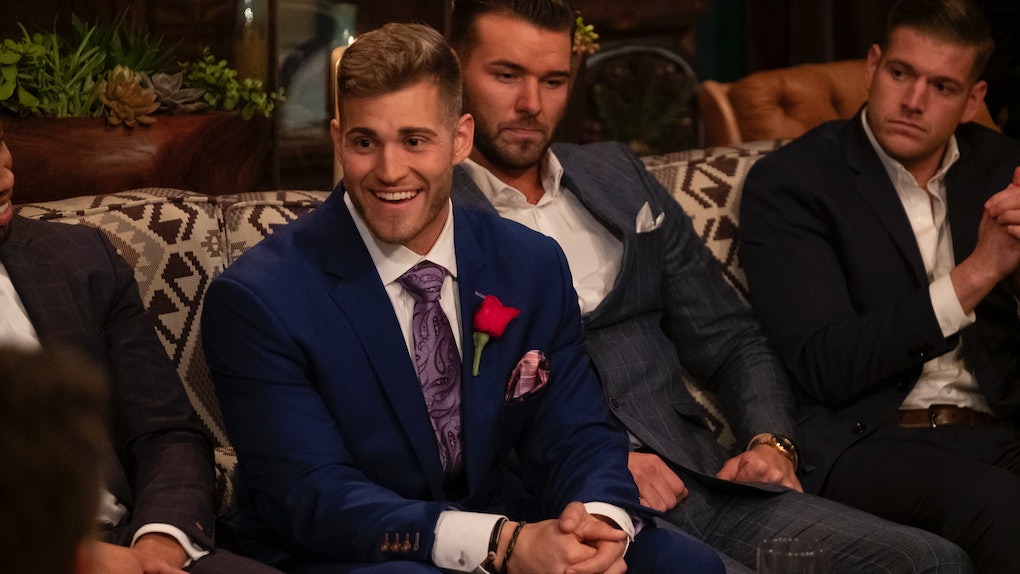 Will Luke P. Be On 'Bachelor In Paradise'? Fans Are Already Wondering

Since the very first night of Hannah Brown's Bachelorette season, audiences have pegged contestant Luke P. as a troublemaker for his aggressive approach toward Hannah and clashing with the other men in the house. After denying that he attacked Luke S. during a rugby match out of the blue, Luke P. amplified the men's distaste for him, and when Bachelor Nation last saw him, Hannah had just told him that she couldn't give him a rose on their one-on-one date. Whether Luke actually remains on the show is still unknown, but will Luke P. be on Bachelor in Paradise? Fans aren't too thrilled about the possibility.

The original cast of Bachelor in Paradise Season 6 has yet to be released, but now that ABC has announced an Aug. 5 premiere date, it's likely that the list will drop any day now. Following the initial cast announcement, it's typical for ABC to reveal one or two new cast additions once a man's Bachelorette elimination airs. Knowing how Paradise producers love to stir up drama, it wouldn't be totally shocking if Luke P. made one of those surprise appearances to rustle the men's feathers and try to steal the attention of a woman one of Hannah's contestants has already wooed.

But first, there's the question of whether Luke's Bachelorette exit is even as imminent as the show is suggesting. On Luke and Hannah's one-on-one date in June 11's episode, the Bachelorette expressed her disappointment in the day and Luke's inability to open up, telling him that she couldn't give him the date rose. The episode ended there, but the promo for the following week teases that Luke P. will stick around for more conflicts this season.

Assuming that this promo is just clever editing and Luke P. is on his way out, would a Paradise slot really be in his future? Villains are no strangers to the series, and in the past, contestants who originally received bad edits are often redeemed through their time on the Mexican beach. But Luke's manipulative, unpredictable behavior doesn't exactly have Bachelor Nation begging to see a redemption arc, but seasoned fans sense that his time on Paradise will happen anyways.

Fans will have to wait and see how Hannah and Luke's date conversation concludes, but in real time, it looks like Luke is definitely trying to rectify how he behaved on the show. In an Instagram post on May 28, the 24-year-old wrote, "I want you all to know how hard it has been for me to watch myself this season so far ... I have learned a lot and I am continuing to learn about my flaws as a man. I’m the first to admit I am far from perfect. This journey has giv[en] me a great opportunity to grow and mature as a man, for that I am grateful."

Since then, Luke hasn't addressed his actions on The Bachelorette, so it's difficult to gauge whether he's painting a picture of Paradise potential on his social media. Even if he doesn't hit the beach this summer, Bachelor Nation can certainly anticipate more of Luke P. as the fate of his date is revealed and he presumably appears on the season's "Men Tell All" special.

Season 15 of The Bachelorette continues at 8 p.m. ET on Monday, June 17, on ABC. Season 6 of Bachelor in Paradise premieres on Monday, Aug. 5.