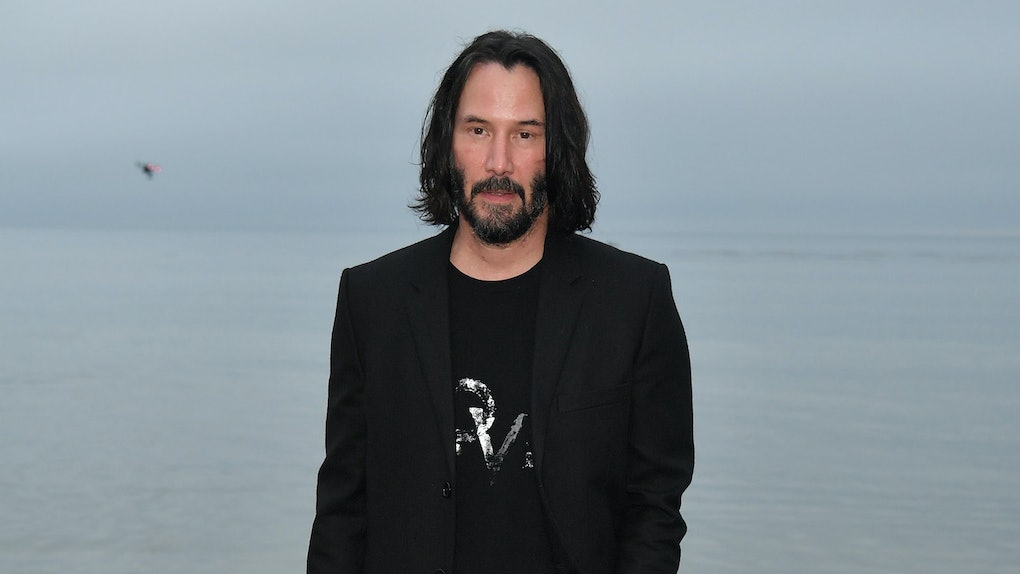 Will Keanu Reeves Be A Marvel Superhero? These Rumors Will Make Fans So Excited

To say that Keanu Reeves is having a moment right now would be an extreme understatement. The action movie icon is in the middle of a major career resurgence after debuting his third John Wick movie, nailing a hilarious scene-stealing cameo as himself in Netflix's rom-com Always Be My Maybe, and joining one of Pixar's most beloved franchises in Toy Story 4, Reeves is at the top of his game once again. But there is still one major movie franchise Reeves has yet to break into, and fans want to know will Keanu Reeves be a Marvel superhero sometime soon. Now, we actually have a pretty solid answer to that question, and it will give Keanu fans a lot to get excited about.

Although Keanu Reeves is iconic for his high-octane action movie roles in fight-filled franchises like The Matrix and John Wick, he really has not dabbled in the closely related superhero genre that much at all. He played DC Comics hero John Constantine in the 2005 movie Constantine, and he is in talks to star in a Netflix original superhero movie called Past Midnight, but that is pretty much it. Now that superhero movies are bigger than ever thanks to the explosion of the Marvel Cinematic Universe, though, do not be surprised if you see Reeves put on a cape in the near future. In fact, Marvel has already been talking to him about potential movie roles.

Marvel Studios President Kevin Feige tole ComicBook.com that the blockbuster superhero franchise is very interested in casting Keanu Reeves as a character in a future film. Feige proved just how serious Marvel is about bringing in Keanu that going on to say that the studio has been in talks with Reeves for nearly every Marvel movie, but they just have not yet found the perfect role for him.

We talk to him for almost every film we make. I don’t know when, if, or ever he’ll join the MCU, but we very much want to figure out the right way to do it.

That statement certainly makes it sound incredibly likely that Marvel fans will get to see Keanu Reeves join the superhero universe in the near future. Kevin Feige went on to compare Marvel's relationship with Reeves to the studio's relationship with its most recently added A-lister Jake Gyllenhaal. Feige said that he and the rest of the Marvel team also talked to Gyllenhaal about roles in many earlier Marvel films, but they did not find the right match until the part of Mysterio came up in Spider-Man: Far From Home.

The big question now is which Marvel superhero (or supervillain) Keanu Reeves could play in an upcoming Marvel movie. Past MCU films have teased the possible arrival of iconic Marvel characters such as Namor the Sub-Mariner, Moon Knight, and Adam Warlock, so those are all definite possibilities. There are also a lot of Marvel fans rallying for Reeves to play the skull-faced anti-hero Ghost Rider. We will just have to wait and see what comes of this Keanu-Marvel relationship in the coming years.