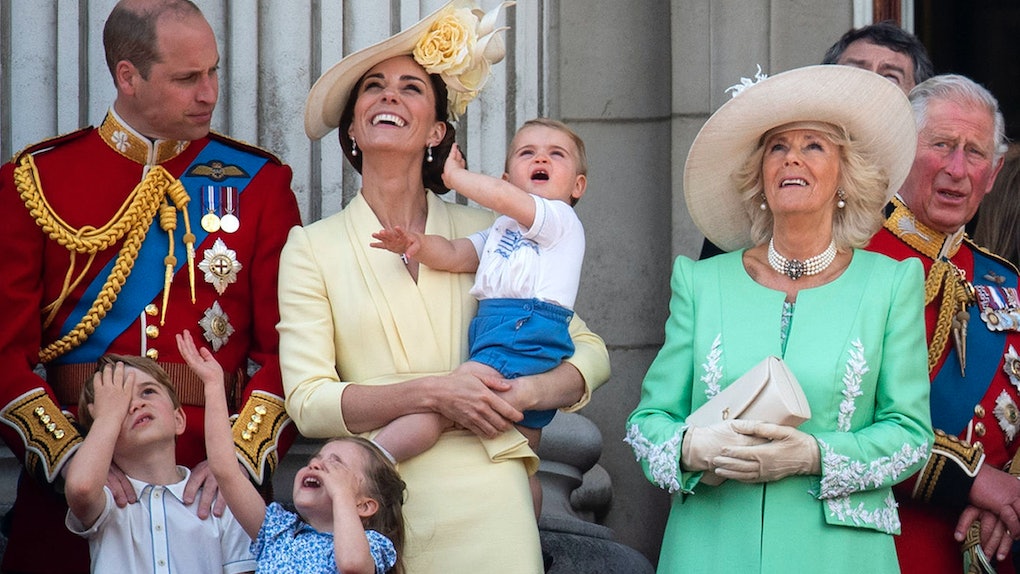 Word on the street (read: internet) is that Prince William and Kate Middleton may have plans for another baby, according to an Us Weekly report. Elite Daily reached out to Kensington Palace for comment on the potential baby news, but did not hear back by the time of publication. If Will and Kate really do have baby fever again, this is the best news ever. I'm such a sucker for a royal baby moment and, with Meghan Markle and Prince Harry's baby Archie quickly outgrowing the term "newborn," it's due time for more royal baby frenzy. Will and Kate's family plans reportedly include baby number four and I'm quite literally jumping for joy at the news.

Us Weekly spilled the tea after speaking with a royal insider. The source claimed Middleton “would love to have one more child” with Prince William." The Duke and Duchess of Cambridge already share Prince George, Princess Charlotte, and Prince Louis, and the addition of a fourth little one would surely thrill royal fans all around the world.

The best part of all? The insider shared some reported details on the day-to-day lives of the royal children.

“They love playing together and being creative. Painting, baking and building things are all activities they enjoy, and now that Louis’ a bit older, he gets involved too," said the insider.

Of course, the kids reportedly bicker (as children do). “[It’s] usually over silly things like toys or what TV shows they want to watch... but most of the time they get on.”

The royal insider even dished on the children's reported personalities, like which kid is more confident and who is more on the shy side.

“Charlotte’s extremely confident and loves attention,” the insider claimed, “whereas George is more reserved, although he is starting to come out of his shell. George is always looking out for his younger brother and sister and is already showing traits of making an excellent leader.” Oh, and as for Louis? He’s reportedly a “real mommy’s boy.”

Oh, and it should be noted that to embark on another pregnancy journey would be the most selfless act of all for Middleton. The duchess has been incredibly transparent about her experience with hyperemesis gravidarum, a severe type of morning sickness. Middleton faced the condition with all of her pregnancies, but got so sick while carrying Prince George that she ended up in the hospital for treatment.

Now that I know another royal baby could be on the way sooner than we think, I'll be mentally preparing. The royal family is already a living, breathing cuteness overload, but I'm so here for another adorable addition.