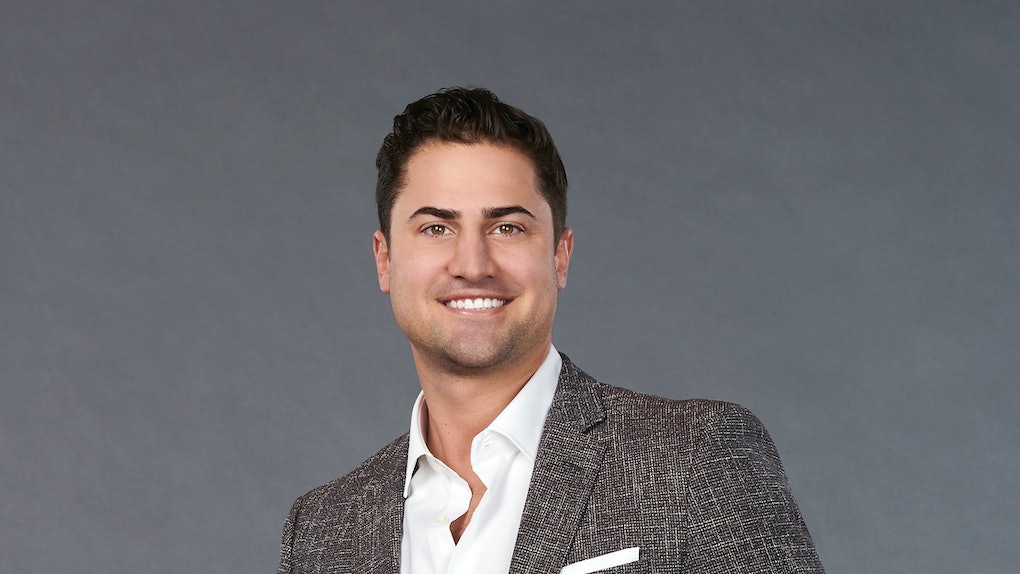 Will Joe The Box King Go To 'Paradise'? Bachelor Nation Should Get Excited

Bachelor Nation likely has to wait a few more weeks before ABC announces Bachelor in Paradise's new cast members, but someone may already have his bags packed. Actually, make that boxes, because The Bachelorette's Night One castoff Joe Barsano might have a one-way ticket to Mexico this year. Will Joe the Box King go to Paradise? Sources claim that the Chicago native is slated to join the Season 6 cast.

Variety reports that sources close to ABC casting have said that Joe will appear on Paradise this year. ABC and Warner Bros. Television have stayed mum about the validity of this news, but given that Joe made the most of his short time on Season 15 of The Bachelorette, the rumor makes sense. On the premiere of Hannah Brown's season, the 30-year-old welcomed viewers into the warehouse of his family's cardboard box business, calling himself the Box King, and then brought cameras into a typical Barsano family dinner. When he arrived at the mansion, Joe popped out of a huge box, telling Hannah that this package wasn't complete without her.

As he shared Chicago roots, Italian heritage, and a first name with Season 14's Joe Amabile, this new Joe threw viewers back to the sensation that was Grocery Store Joe. The grocer charmed fans with his good lucks and love of produce, but he was nervous around Bachelorette Becca Kufrin and went home the first night. However, Grocery Store Joe's popularity with viewers landed him on Paradise, where he began dating Kendall Long and earned enough recognition to become a Dancing with the Stars contestant. Not bad for someone with limited airtime, and it looks like Joe the Box King is following in these footsteps.

Joe the Box King didn't generate as much online attention as Grocery Store Joe, but his packaging gimmicks now seem destined to star in their own Paradise intro. While several contestants eliminated on a season's first night have appeared on Paradise before, Grocery Store Joe was really the first of that group to have such devout fans before appearing on the spinoff series. The Box King is definitely memorable enough to earn a similar reaction ahead of Paradise, and his fellow Night One castoffs Matt Donald and Chasen the pilot may fall into the same boat. Why not give these men another shot at love?

As for the women these potential contestants will meet on the beach, nothing is confirmed, but Bachelor Nation has guesses. Fans can expect a fair majority of Colton Underwood's Bachelor women to star on Paradise, with Demi Burnett, Caelynn Miller-Keyes, Tayshia Adams, and Hannah Godwin being the likeliest contestants. Viewers are also anticipating Season 14's Blake Horstmann to join the cast, but the jury's still out about other appearances from older seasons' alums. Am I the only one hoping that Paradise veteran Annaliese Puccini gets a second chance at love with one of Hannah B.'s men?

Bachelor Nation has to wait and see if Joe the Box King is definitely en route to Mexico, but I'm always up for more packaging puns. Season 15 of The Bachelorette continues at 8 p.m. ET on Monday, May 20, on ABC. Season 6 of Bachelor in Paradise premieres on Monday, July 29.