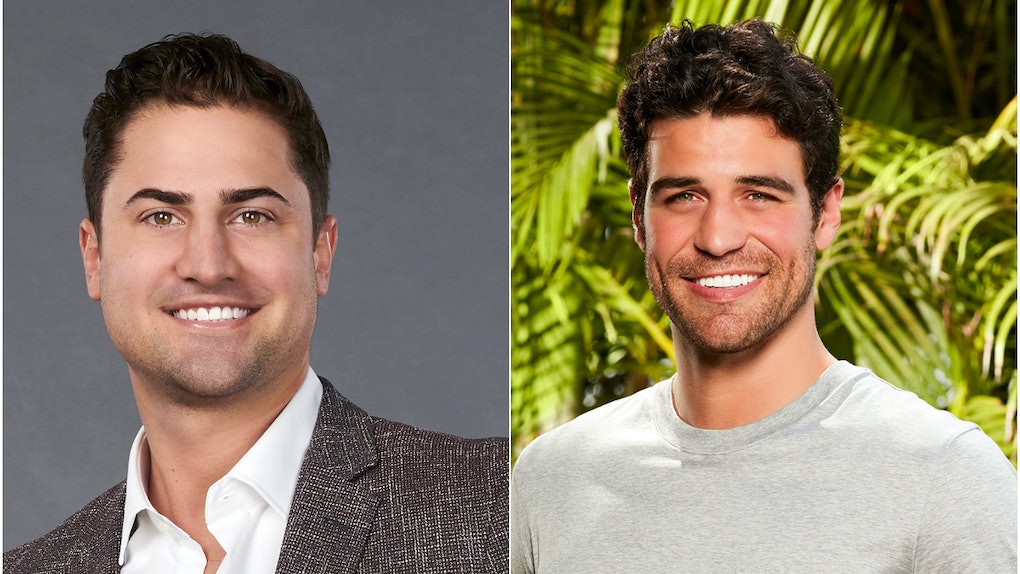 Who Is The Box King On 'The Bachelorette'? Joe Instantly Won Over Fans

A Bachelorette contestant can't get through Night One without having a schtick, and there were plenty of antics on the Season 15 premiere to help these men stand out. While there was no shy, cute grocery store owner igniting your rom-com dreams this year, there was certainly a man who wanted his unique career to be worthy of Hollywood. Who is the Box King on The Bachelorette? 30-year-old Joe can take care of all of Bachelor Nation's packages.

Every now and then, there's one Bachelorette contestant who steals the spotlight on the season premiere. On last year's Bachelorette premiere, Grocery Store Joe, aka Joe Amabile, became an internet sensation, winning fans over with his good looks, heavy Chicago accent, and love of produce. But he clammed up around Becca Kufrin, who sent him home on Night One. Joe's fleeting appearance was so popular with viewers that he landed on Bachelor in Paradise, began a relationship with other fan favorite Kendall Long, and became a Dancing with the Stars contestant. Flash forward nearly a year later, and he and Kendall have just moved in together. All thanks to the magic of The Bachelorette, right?

Given their similarities, it was a little difficult not to compare Season 15's Joe the Box King to Grocery Store Joe. The new contestant was also a Chicago native with Italian heritage who worked at his family's cardboard box business. In his intro package, Joe listed all of the situations for which his boxes are useful and invited cameras into a typical family dinner with his relatives. Although these clips were sweet, it was his Night One entrance that got people talking.

While Grocery Store Joe's nerves were palpable through the screen, Joe the Box King took a more outgoing approach, reaching the mansion while hidden in a huge cardboard package. Joe popped out of the box in a sea of packing material, yelling, "Hannah, this package isn't complete without you!" To continue the box puns, he told her that she "checks all of [his] boxes."

Joe the Box King fell back in line with Grocery Store Joe's Bachelorette experience once the cocktail party began, disappearing into the background. But in case you want to learn more about Joe's entire package, his ABC bio reveals more about his personality, saying:

For this Italian boy, family is everything. Joe's two older siblings both have families of their own, and his parents are ready for more grandbabies. When he's not killing it in the family cardboard box business, he enjoys going to Vegas and club-hopping. He is also a whiz on the blackjack and craps tables. Will Hannah roll the dice and take a chance with Joe?

He may not have gotten as many people talking as Grocery Store Joe did, but the Box King definitely left a strong impression among fans. At the end of the night, Hannah eliminated him, but maybe Bachelor Nation ties will bring Joe some fun opportunities down the road. Will the two Chicago Joes get in touch and talk about boxes in the grocery business? Well, stranger things have happened in the Bachelor bubble.