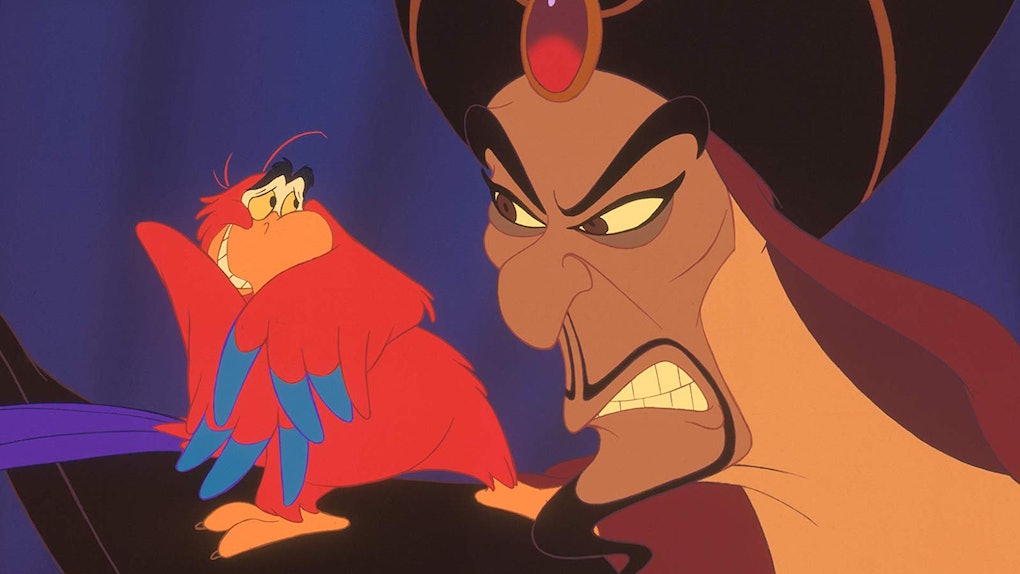 Will Iago Be In The Live-Action 'Aladdin'? Get Ready For Your Favorite Parrot

When Disney first announced its live-action version of Aladdin, fans had a lot of questions about the magical elements of the beloved movie. How would the magic carpet look, and what about the Genie? Thanks to recent trailers, we have seen both of those characters, but what about Iago? Some fans may be wondering will Iago be in the live-action Aladdin, and we have finally gotten our answer. The Hollywood Reporter has confirmed that Alan Tudyk will be voicing Iago in the upcoming movie.

Iago has actually already been spotted flying around very briefly in a few clips released by Aladdin, but he has not yet been shown to speak. The parrot was a standout character for many fans of the 1992 animated original, as the wise-cracking lackey constantly making jokes on Jafar's shoulder. Thanks to the very distinctive voice work of comedian Gilbert Gottfried, Iago's voice is pretty iconic for all fans of Disney, but the new version of the movie is going in a new direction for the squawking sidekick rather than having Gottfried reprise his part. Although a lot of fans may be sad to hear Gottfried won't be involved in Iago's new iteration, the live-action Aladdin has cast a perfect person to give the parrot a whole new feel: Alan Tudyk.

Alan Tudyk has been racking up major voice acting roles like nobody's business over the past decade, including a ton in major Disney movies, so the casting definitely makes sense. Tudyk has voiced characters in recent Disney hits like Wreck-It Ralph, Ralph Breaks the Internet, Frozen, Big Hero 6, Zootopia, and Moana, and he also did voice and motion capture work to play K-2SO in Disney's Rogue One: A Star Wars Story. In fact, Tudyk has voiced a character in every Disney Animation film that has been released since 2012.

And Alan Tudyk is not only a recognizable voice, TV and movie fans will also recognize his face from a ton of live-action roles. He is best known for his lead role as the pilot Wash in the short-lived but cult-beloved space western Firefly and its follow-up movie Serenity, and has also appeared in comedy flicks like Dodgeball and Knocked Up and sitcoms like Suburgatory. He currently stars in DC's live-action series Doom Patrol as Mr. Nobody and voices characters in two Disney animated shows: Big Hero 6: The Series and Star vs. the Forces of Evil. He will also be voicing the Joker in DC's upcoming Harley Quinn animated series.

Although Aladdin fans won't hear Gilbert Gottfried's signature shrill voice coming out of Iago's mouth in the new movie, Alan Tudyk's long list of voice work with Disney should prove that the character is definitely in the right hands. On the same day that Tudyk's casting as revealed, Disney also dropped the full-length trailer for Aladdin. The new trailer features a much better look at the movie than fans had gotten before, as well as the new renditions of some of the classic songs:

Aladdin will fly into theaters on May 24.

More like this
What's Coming To Netflix In May 2021? Lots Of Action & Drama
By Ani Bundel
Who Will Play The Fantastic Four For Marvel? Twitter Has So Many Ideas
By Dylan Kickham
'Guardians Of The Galaxy 3': Release Date, Cast, Trailer, & More Details
By Ani Bundel
Stay up to date