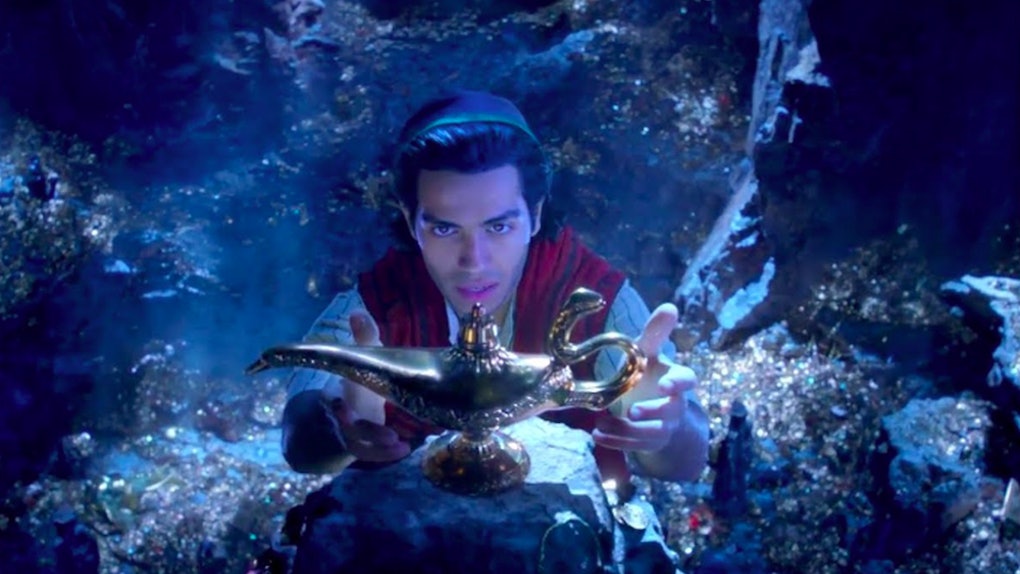 The Full 'Aladdin' Trailer Is Here, With Classic Songs & A Better Look For Will Smith's Genie

Disney's year of domination has already kicked off with Captain Marvel as the first smash hit of the calendar year. It will end with Star Wars: Episode IX. However, in between those bookends, the House of Mouse has some major releases, including no less than three live-action remakes of their classic animated features. Dumbo arrives at the end of this month, and The Lion King will bow in July. In between, Disney's remake of Aladdin lands on Memorial Day weekend. Now, the full Aladdin trailer is here, giving fans a look at a whole new world.

Aladdin has not had an easy road to the big screen. The original animated feature, released in 1992, rode Disney's comeback wave on the heels of The Little Mermaid and Beauty and the Beast, and opened to commercial and critical success, with Robin Williams' Genie becoming an instant classic character. But even in those non-woke days, there was recognition that some of the stereotypes of Middle Eastern culture were problematic.

The live-action version may be working to correct this, but wound up with problems of its own, including being accused of "browning up" extras in the background while whitewashing the leads. If that weren't enough, when Will Smith was first introduced as the genie, the reactions were less than positive, to say the least.

But the new trailer may be enough to put all that in the rearview mirror. Check it out.

While the Genie is still a little freaky looking, Will Smith's personality shining through really helps it along. After all, the original Genie wasn't about being big and blue. It was about Robin Williams' big personality being turned into cartoon form, and how fast the artists could keep up with what he was laying down.

Then there are those classic songs. Aladdin did not land a Best Picture Oscar nomination like Beauty and the Beast, but it did wind up with many accolades, mostly for the music. "A Whole New World" took home the Academy Award for Best Original Song, but it wasn't the only one nominated, "Friend Like Me" also landed a nomination. There's a reason the trailer chose to highlight them. Both songs were also recognized by the American Film Institute and the Grammys, with "A Whole New World" taking home no less than four of the latter.

The real question for Aladdin is if the film is going to be a shot-for-shot remake like Beauty and the Beast was in 2017, or if it will be more of a jumping off point for a new film, like 2015's Cinderella. It is notable the full-length trailer does not follow the original 1992 trailer beat for beat, which puts it more in line with Cinderella and the upcoming Dumbo film.

In fact, Will Smith's opening lines in the trailer are entirely different from the one spoken by Robin Williams. There's also hints of Bollywood-like choreography towards the end, which the 1992 film didn't incorporate. Either way, this trailer is the best look at the film so far and suggests it will be a whole new world worth checking out.