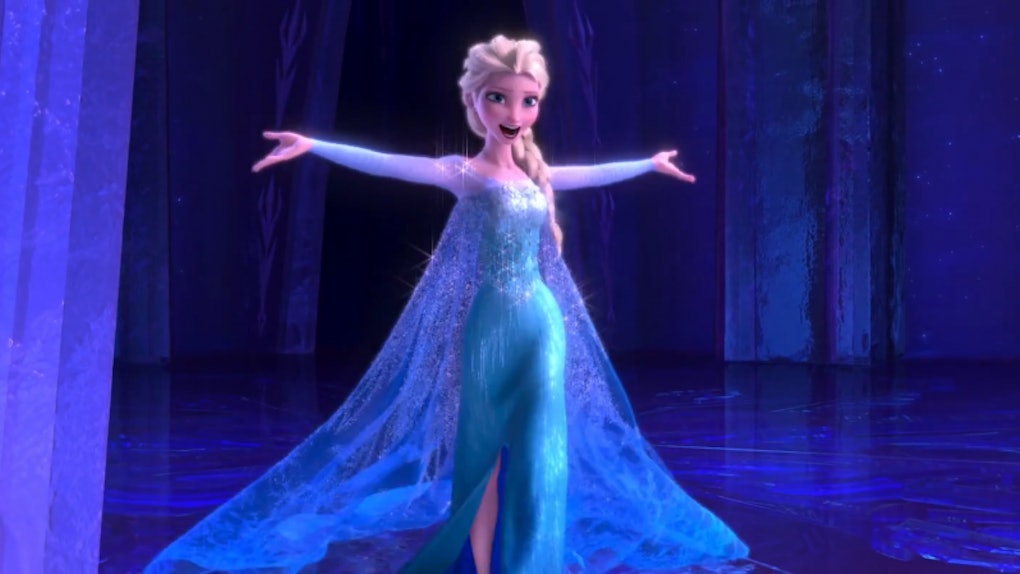 Will Elsa Have A Girlfriend In 'Frozen 2'? The Director Is Considering The Possibility

Despite the fact that I'm well over the age of 7, I'm a huge animated movie fan. From the classics like Toy Story and Monsters, Inc. to the current-day hits, like Moana and Frozen, I really love myself a great animated movie. There have been a lot of great ones to hit the big screen in recent years, but I don't think I'm alone in my opinion that Frozen was, by far, the best. Now, with its sequel in the works, fans are all asking the same question: Will Elsa have a girlfriend in Frozen 2?

Well, in a recent interview with the Huffington Post to promote her new movie A Wrinkle in Time, the movie's writer and co-director Jennifer Lee hinted Elsa just might be getting a GF. Since the amazing, female-driven film came out in 2013, fans have loved it for many reasons — one of them being its subtle hints of LGBTQ+ friendly themes. In fact, many fans interpreted the movie's popular, Oscar-winning theme song "Let it Go" to be an "anthem" for coming out, according to the Huffington Post. I mean, just read the chorus for yourself:

Let it go, let it go

Can’t hold it back anymore

Then, in May of 2016, Frozen fans took to Twitter to share their desire for Elsa to get a girlfriend by using the hashtag #GiveElsaAGirlfriend.

Shortly after the fans started their Twitter petition to get Elsa a girlfriend on Twitter, Idina Menzel (AKA the voice of Elsa) chimed in by saying, during an appearance on The Tyler Oakley Show, that if Elsa had to date any female Disney character, she would choose Tinker Bell.

Lee has been pretty quiet about whether or not she'd actually follow through on the requests of Frozen fans, until her recent interview with the Huffington Post.

“I love everything people are saying [and] people are thinking about with our film ― that it’s creating dialogue, that Elsa is this wonderful character that speaks to so many people,” she told the Huffington Post. “It means the world to us that we’re part of these conversations.”

Where we’re going with it, we have tons of conversations about it, and we’re really conscientious about these things. For me ... Elsa’s every day telling me where she needs to go, and she’ll continue to tell us. I always write from character-out, and where Elsa is and what Elsa’s doing in her life, she’s telling me every day. We’ll see where we go.

UM, HELLO! Did you read the part where she says they're "conscientious" about what fans are talking about with regard to their film?! There's hope, people! There's hope!

The news is bringing some fans to tears.

It would be an "incredible" development.

Even just the possibility of it happening is so encouraging.

This highlights the importance of having all members of society represented by mainstream media.

Finding an actress to play the part will be easy as pie.

People have even started imagining who Elsa's girlfriend might be as a previous Disney character.

It really is joyous news.

The time has come.