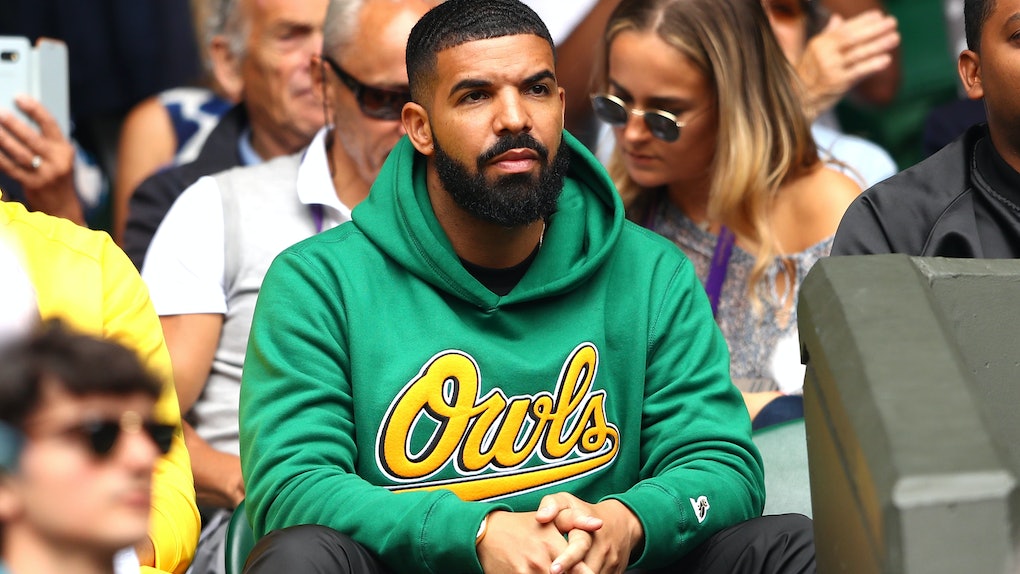 Will Drake Perform At The 2019 Super Bowl? Travis Scott Could Perform "Sicko Mode"

Maroon 5 is headlining the Super Bowl 53 halftime show at the Mercedes-Benz Stadium in Atlanta, Georgia, on Feb. 3. The group will be joined by rappers Travis Scott and Big Boi, although booking the performance this year apparently didn't come without controversy. Several singers reportedly turned down the gig as a show of solidarity with former San Francisco 49ers quarterback Colin Kaepernick to protest racial injustice, including Rihanna, P!nk, and Cardi B. But with Scott signed on, fans are now wondering, will Drake perform at the 2019 Super Bowl? He's featured on Scott's smash hit "Sicko Mode," so it would kinda make sense, you know? But even so, I just don't see it happening thanks to all the dissension.

On the one hand, if Drake came out for "Sicko Mode," you know the performance would be straight fire. But there's a chance he just doesn't want to be involved. Take Cardi B, for example. Rumors were swirling that the "Money" rapper might be set to join Adam Levine for the halftime show (she's featured on their hit song "Girls Like You"). But then, Cardi's rep told Page Six that the "Money" rapper "was not particularly interested in participating because of how she feels about Colin Kaepernick and the whole movement."

And let's not forget the fact that Scott has reportedly been hit with major backlash for agreeing to perform in the show in the first place, so it's definitely a possibility that Drizzy doesn't want to be involved.

Not only is Jay-Z — who turned down an opportunity to perform at last year's game — allegedly trying to talk Scott out of the show, but after news first broke that the "Butterfly Effect" rapper would be joining Maroon 5 in Atlanta, Meek Mill rolled up on Twitter to express his disappointment.

Of course, none of the politics behind the show have kept some of Drake's most loyal fans from rooting for a surprise guest appearance.

Prepare to be a very sad human, Sean.

Meanwhile, forget the halftime show, I'm just over here wondering who the Canadian rapper is rooting for to win the game. Because it’s a long-running joke that when the "In My Feelings" singer supports a certain team, the "Drake curse" takes effect and they start sucking. Like in early January, when Drake supported Alabama, and they lost to Clemson.

Drizzy later played into the whole “curse” thing on Instagram by wearing a sweatshirt on Jan. 19 that featured the logos of all four teams playing in 2019 NFL conference championship games — the Patriots, Chiefs, Rams, and Saints — seemingly cursing all four of them.

"For everyone who believes in the Drake curse good luck tmrw," he wrote in the caption.

Funny stuff. Only you know what? Both games ended up going into overtime!

I don't know about you guys, but I'm a total believer. I'm also rooting for the Rams in Super Bowl 53, so if Drizzy could wear some Patriots gear for the game I'd be hella happy.

More like this
Here's Why EXO's BAEKHYUN, CHANGMO, & Raiden's "Runner" Is The Perfect T1 Theme Song – EXCLUSIVE
By Michele Mendez
Prince Philip, The Duke of Edinburgh, Has Died At The Age Of 99
By Noelle Devoe
Are BTS & Coldplay Collaborating On A Song? Here's Why Fans Think It's Happening
By Michele Mendez
Stay up to date