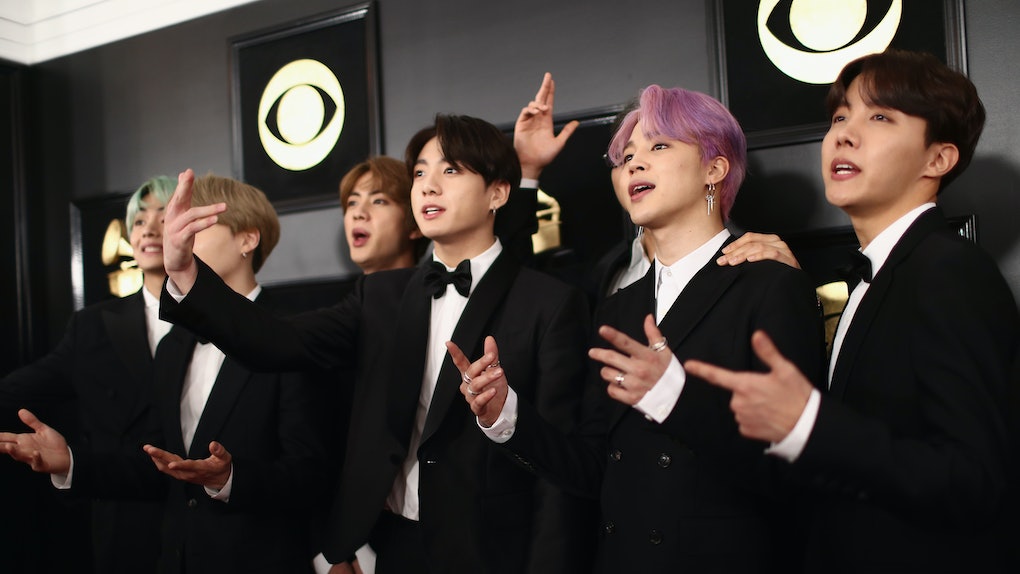 Well, this is a bust. The moment ARMYs were all waiting for never came to fruition. Fans thought the boys would be at the 2019 Met Gala but they never showed! Of course, now everyone is wondering: Why wasn't BTS at the 2019 Met Gala? Alas, it looks like it could be a simple scheduling conflict. Womp, womp.

While it was never officially confirmed that J-Hope, Jimin, Jin, Jungkook, RM, V, and Suga would be in attendance, ARMYs had a strong suspicion this dream was going to come true. There were just too many signs pointing to it. For starters, they just happen to be in the United States with seemingly nothing on their tour calendar the night of May 6th. They also have a standing relationship with Baz Luhrmann, who was the head of performances at the 2018 Met Gala. Plus, Met Gala fashion house sponsor Gucci has dressed the boys before and hosted a recent "persona"-themed fashion show, which also happens to be part of BTS' comeback album title, Map of the Soul: Persona.

Frankly, I feel cheated. It seems like their demanding tour schedule just made it impossible for them to make a pit stop in New York on their way to Chicago from Los Angeles. I suppose I thought BTS was actually magical and they were immune to things like jet lag and fatigue, but they are real humans nonetheless.

It's a shame for so many reasons. For example, the 2019 Met Gala theme was "camp," which is inspired by a Metropolitan Museum of Art exhibition which features Susan Sontag's essay called Notes On 'Camp.' In the essay, she explains "camp" is the "love of the unnatural: of artifice and exaggeration ... style at the expense of content ... the triumph of the epicene style." In other words, it's extra.

Let's be real, there are few people out there as extra as BTS right now. They are taking over the entire world one hit, one album, and one dance move at a time, and it only makes sense that they take over the Met Gala, too. They are fashion chameleons who would have stunned the fashion police.

Actually, for a brief moment, fans thought they learned the boys were preparing to walk the red carpet when a fashion-heavy photo appeared on an ARMY twitter account. Why yes, that does link to V in a transparent rubber jacket. Damn right, you're looking at RM in a lace collar. Hell yes, Jimin is rocking a gauzy swaddle of pale blue delight.

I don't know what this photo is from, but the way all of the boys' looks ebb and flow together is one of the best examples of their synergy and whole vibe that their ARMYs adore so much. They're special, unique, and somehow stunning and humble at the same time. They would have been amazing on the Met Gala red carpet! I'm not over it!

Wherever BTS spent the night of May 6, I hope they were happy and catching up on what I can only assume was some necessary R&R. I'm starting the hashtag #BTSMetGala2020 now.