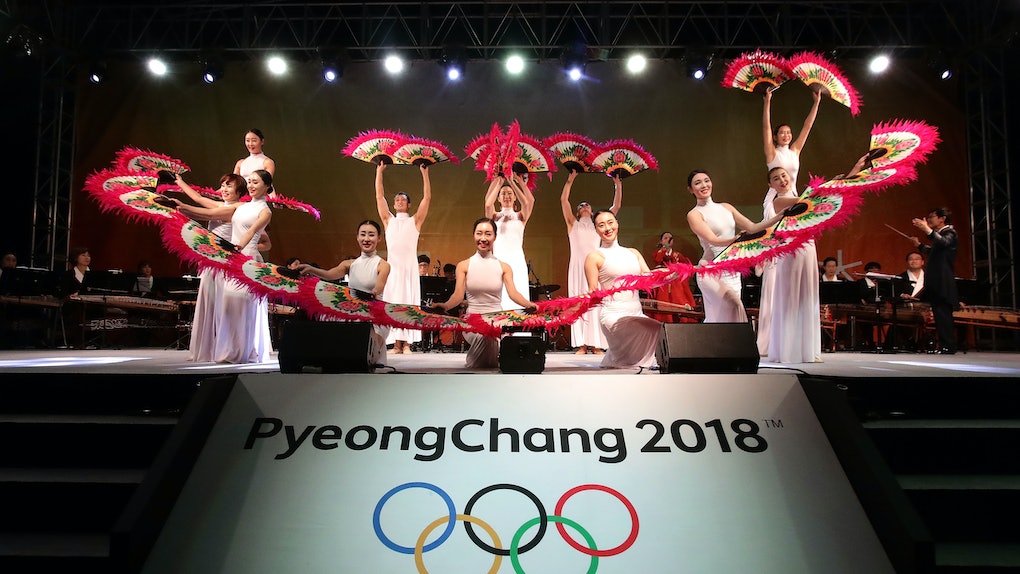 Why Was Russia Banned From The 2018 Olympics? It’s All About The Doping Scandal

On Tuesday, Dec. 5, the International Olympic Committee (IOC) announced that Russia is banned from the 2018 Winter Olympics being held in February in Pyeongchang, South Korea. The New York Times reports the unprecented decision was issued following a long-term investigation by the IOC into a state-backed doping scandal. The country is barred from attending the games.

Russian nationals hoping to compete are metaphorically skating on pretty thin ice. The punishment affects the country's standing at the world games, but doesn't necessarily ban all athletes from taking part. Individuals from Russia may be invited to compete, according to the official IOC statement, but there are conditions. As well as having to meet a whole list of other eligibility requirements, "These invited athletes will participate, be it in individual or team competitions, in the Olympic Winter Games PyeongChang 2018 under the name 'Olympic Athlete from Russia (OAR),'" the statement read. In addition, they will be required to wear a neutral uniform and the Olympic anthem is to be played during ceremonies.

Russian officials are not allowed to attend the games, and the country's flag will not be displayed, nor will the national anthem be played. Record books will wipe clean any medals won by Russia. In addition, the Times reports, the Russian Olympic Committe was fined $15 million on Tuesday. It's unclear how Russia will respond to the punishment.

"This was an unprecedented attack on the integrity of the Olympic Games and sport," IOC President Thomas Bach said in the statement. "The IOC [Executive Board], after following due process, has issued proportional sanctions for this systemic manipulation while protecting the clean athletes."

In May 2016, a Times report detailed the extensive corruption of an anti-doping laboratory that was connected with dozens of Russian athletes — including 15 medalists — in the 2014 Sochi Winter Games in Russia. It was found that the Russian laboratory's director was supplementing athletes with a cocktail of banned performance-enhancing drugs to augment their chances of success. To cover up the doping, a group of what the Times describes as "Russian anti-doping experts and members of the intelligence service" snuck in and tampered with about 100 urine samples, replacing them with clean samples collected earlier.

Russia collected more medals than any other country during the 2014 Games. About two dozen athletes have since had their medals rescinded, per the Times, and there will be a special ceremony at the upcoming games to reassign medals to the rightful winners.

Last week, on Nov. 28, additional evidence emerged in the Times as the IOC was weighing its decision: the diary of Russian chemist Grigory Rodchenkov, which details the doping operation during 2014 and 2015 during which he was the country's antidoping lab chief.

Another whistle-blower for Russian doping, Vitaly Stepanov, wrote in an affadavit to the IOC this fall. "The world knows that hundreds of Olympic dreams have been stolen by the doping system in the country where I was born," he said, per the Times. "The evidence is clear, that the doping system in Russia has not yet been truly reformed."

Drug testing is a major component to Olympic eligibility, and various entities oversee it. The IOC's statement explains that it was unable to take action prior to the 2016 Olympics in Rio.

Bach empathized with the athletes affected. "As an athlete myself, I feel very sorry for all the clean athletes ... who are suffering from this manipulation. Working with the IOC Athletes’ Commission, we will now look for opportunities to make up for the moments they have missed on the finish line or on the podium."

Whether and which Russian athletes will compete at this year's Olympic games remains to be seen.