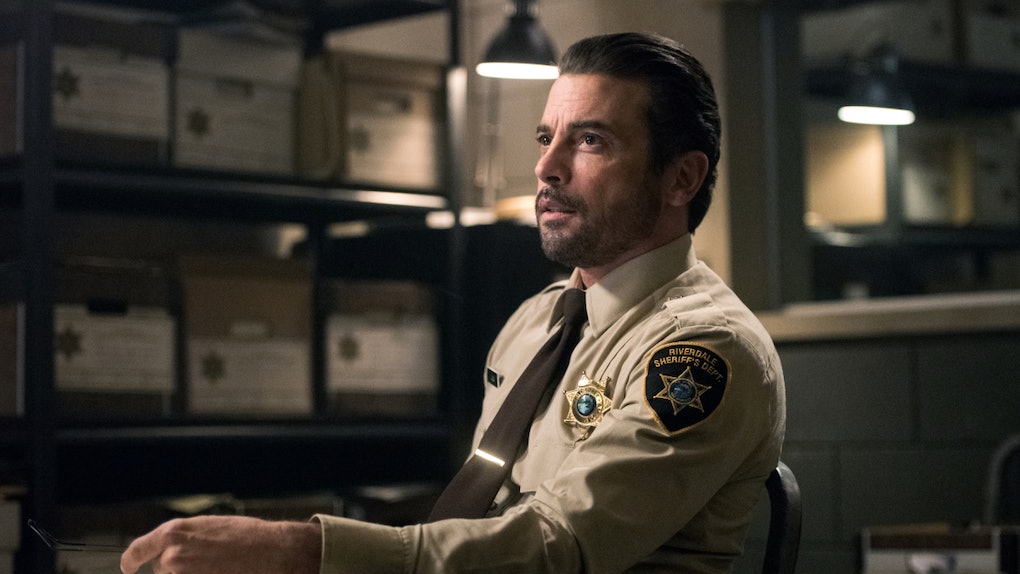 Why Is Skeet Ulrich Leaving 'Riverdale'? His Explanation Is Blunt

Riverdale may be a teen drama, but fans know the parents on the hit CW show are just as interesting as their kids. That’s why viewers were devastated to learn Jughead’s dad, F.P. Jones, is leaving the series after Season 4’s storylines are wrapped up. Though there has been a lot of speculation about the real reason why Skeet Ulrich is leaving Riverdale, fans are finally getting some answers.

While it's confirmed F.P. Jones and Hermione Lodge (Marisol Nichols) are both saying goodbyesoon, the pair will appear in at least the first few episodes of Season 5. The reason for the characters leaving, however, isn't as sinister of a storyline as fans might have envisioned. "Neither Hermione nor F.P. — this isn't a spoiler, but they're not dying. My hope is to have them be a part of Riverdale for as long as Riverdale continues," showrunner Roberto Aguirre-Sacasa said.

If they're not getting killed off, then why are the fan-faves leaving? Though Nichols has yet to give the deets on her departure, Ulrich has finally spilled the tea about his reason for leaving the show — and it's scalding. In an Instagram Live, he got surprisingly blunt about his decision.

“I’m leaving Riverdale because I got bored creatively. That's my honest answer,” Ulrich said during the recent Q&A. His partner, Megan Blake Irwin, looked surprised at his response but quickly recovered and went back to answering fans' questions.

Considering Ulrich has been a big part of the show since its premiere in January 2017 (and he's been getting less airtime as the teens age), it checks out he could be ready for something new. Although it's not yet clear how F.P. and Hermione will be saying goodbye to Riverdale, their departure sparked a theory that's since been confirmed: The new season will include a major time jump.

Originally, the jump was supposed to take place between Seasons 4 and 5, but since Season 4 was cut short due to the coronavirus, Aguirre-Sacasa told TVLine the show is "picking up right where we left off for the first three episodes, and then doing a time jump… after those three episodes.” If the show picks up years later, it would make sense the parents are less involved, since the Core 4 would then be adults themselves.

Unfortunately for eager fans, the release of Season 5 has now been pushed to 2021 due to filming delays. Still, that just means more time to rewatch the series and soak up all the F.P. and Hermione moments before they're gone.