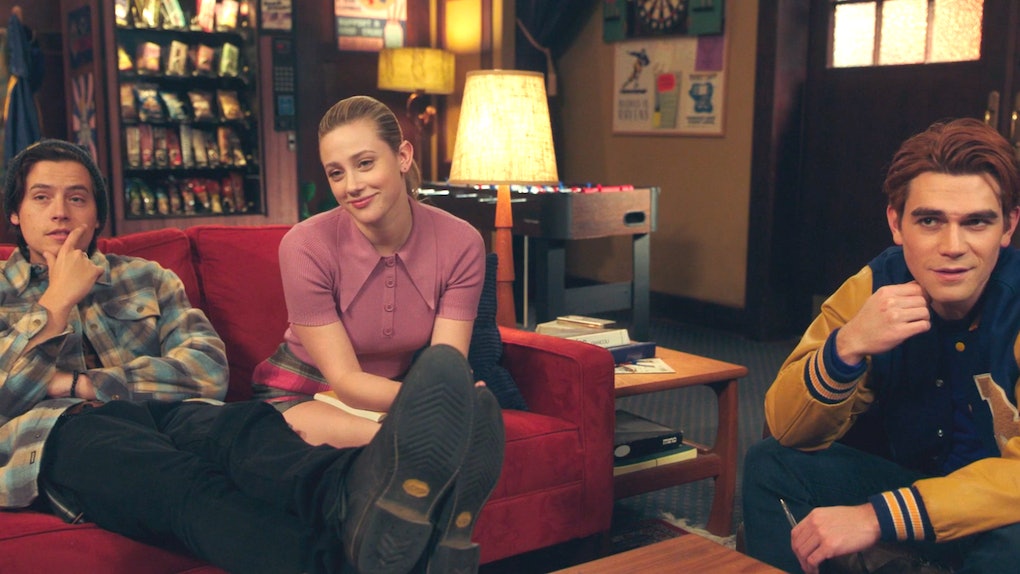 'Riverdale' Season 5 Will Premiere In 2021, According To The CW's Schedule

Fans are going to have to wait even longer than expected to see their Riverdale faves graduate. After the coronavirus pandemic forced Season 4 to end early, Riverdale High's prom and commencement ceremony were pushed into the next season. Now, fans are learning that the entire next season is getting pushed too; Riverdale Season 5 will premiere in 2021, not later in the fall of 2020 like originally planned.

News of the Season 5 delay came when The CW announced its fall 2020 lineup on May 14. A major cause of the holdup is the inability for studios to begin filming in time to air episodes in the fall. Riverdale, for example, typically begins filming in July for an October debut. Due to the coronavirus, however, things are still up in the air.

"For original scripted series, we do not have an exact return of production yet," The CW's CEO and chairman Mark Pedowitz explained in a statement. "We are going with this strategy to give producers and studios ample time to get back up and running in the best and safest way possible. Strategy and protocols are still being developed."

This announcement means essentially The CW's entire fall lineup is now being moved to January 2021. However, Pedowitz did mention the final episodes of Supermatural will still air in the fall with "other unspecified originals and acquired series of some kind."

When Riverdale Season 5 does return, there will be a lot to wrap up from the abrupt ending of Season 4. Not only will Season 5 need to wrap up the creepy video tapes storyline, but it will also have to capture the final moments of the teens' high school careers — which the writers promised will come.

Executive producer Roberto Aguirre-Sacasa explained how he plans to approach Season 5. "Since we have such big events like prom and graduation, and we’d already written [Episodes] 21 and 22… they’re big, emotional episodes, and there’s a lot of stuff with the characters that we’re still playing out, so it felt like maybe what we’ll do is start with the last three episodes." he said. "After being with the kids at the high school for four years, you kind of don’t want to take graduation away from them."

After those storylines are wrapped up, Riverdale is going to have another big shake-up: a time jump to an unspecified point in the future. So, even though it'll take longer than fans had hoped for Riverdale to return, it sounds like it'll be worth the wait.