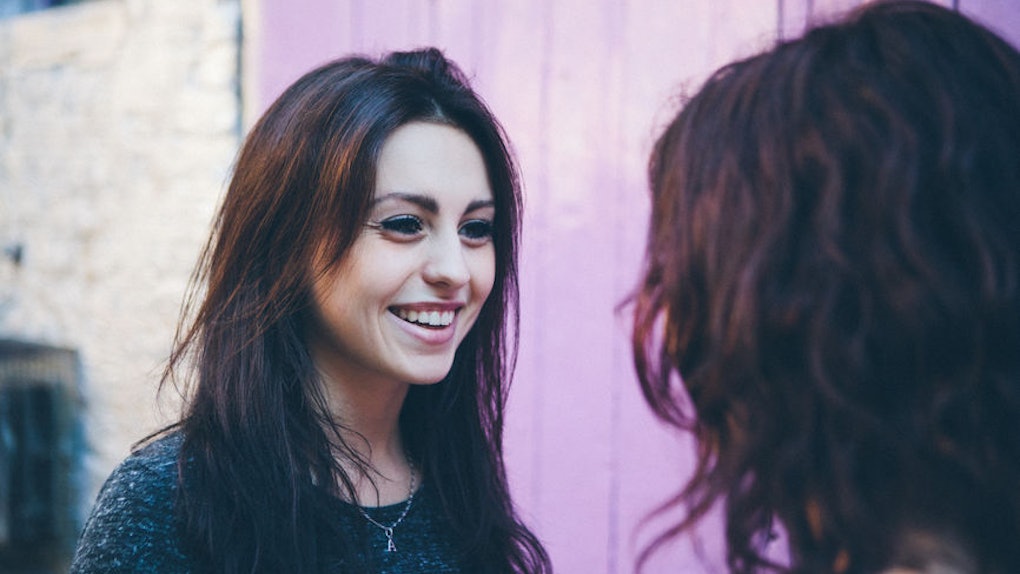 Why Do I Always Forget People's Names? Science Says Your Brain Is Actually Playing A Trick On You

You're at a holiday party, you see someone you totally recognize, someone you actually like, and they're coming your way to talk — which would be great, except for the fact that you 100 percent cannot remember their name. It's embarrassing for sure, and sends you down a mental spiral about why you can never remember people's names, even though you seem to be able to retain faces just fine. But the truth is, my friends, according to a new study, your brain is actually a lot better at remembering names than it is at remembering faces. Many of us just think we can't remember names because of how freaking embarrassing that moment can be when you have to ask for someone's name again, or worse, get it wrong on the first (and maybe even second) try.

The new study comes from researchers at the University of York, who basically want you to go easier on yourself when you forget someone's name at your next holiday party. According to the university's press release on the study, in a circumstance where you know someone's face but can't seem to place their name, you're relying on a brain function called recognition to remember the person's face, and another function called recall to remember their name. And apparently, the research argues, your brain is generally better at recognition than it is recall.

In other words, it's really not your fault if you can't remember whether that one co-worker's name is Stephanie or Stacy.

As per the study's press release, the researchers explained that you're only aware that you've even forgotten a person's name at all after you've recognized their face. Moreover, from the researchers' perspective, it's not often that you can recall a person's name, but not their face — which is actually pretty true when you think about it. Because, when I forget a face at least, it's kind of like I just don't know I'm forgetting it. Like, if you're sitting next to some dude on the subway that you met once but don't remember, well, you just don't remember. And as a result, you don't beat yourself up for it the same way you do when you forget someone's name. You don't even really register the fact that you forgot their face, you know?

During another experiment, the press release explains, the researchers added some complications to account for how faces can change slightly depending on the circumstances or context (think: hair up or down, being in a dark restaurant, etc.). They showed the participants different pictures of the same faces from the first experiment, and also showed the names in different typefaces.

However — and here's the kicker — participants recognized a whopping 85 percent of names when they were presented in the same font and format in the first experiment, and 83 percent when the font style changed in the second experiment.

Study co-author Dr. Rob Jenkins, of the department of psychology at the University of York, said in a statement for the study's press release,

Knowing someone’s face, but not remembering their name is an everyday phenomenon. Our knee-jerk reaction to it is to say that names must be harder to memorise than faces, but researchers have never been able to come up with a convincing explanation as to why that might be. This study suggests a resolution to that problem by showing that it is actually a red herring in the first place.

So, if it makes you feel any better about forgetting someone's name at a party, there could very well be someone at the punch bowl trying to make eye contact with you, whom you don't remember at all. Just sayin'.