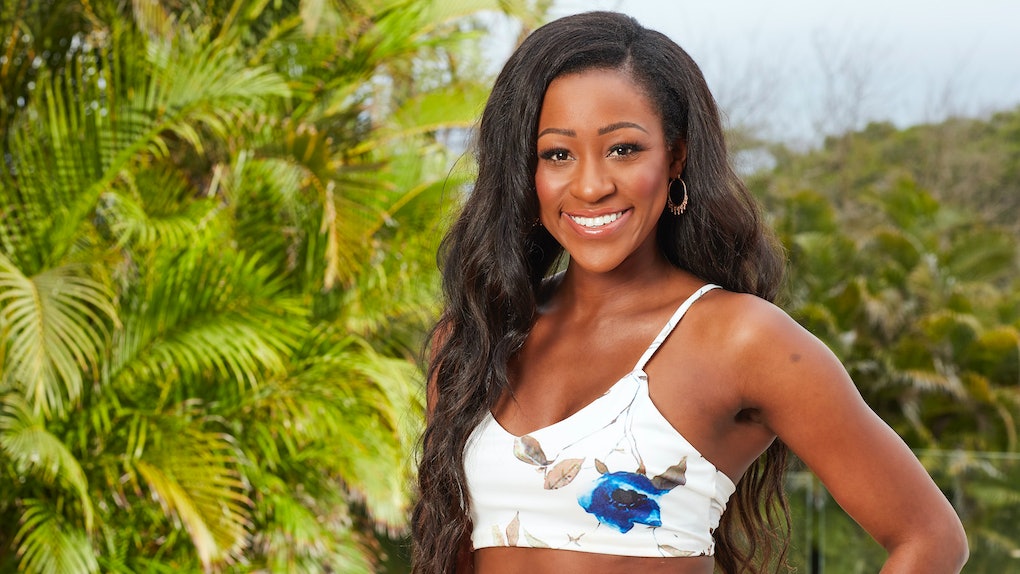 Why Did Onyeka Leave 'Bachelor In Paradise' Season 6? She Was Ready To Go

Well, Bachelor in Paradise turned out to not be exactly paradise for several people in the Aug. 19 episode of the reality dating series. Not only did an out-of-control fight get two contestants booted from Mexico, but another contestant shocked everyone by deciding to leave the show rather than give anyone her rose. The unexpected Rose Ceremony twist left all of Bachelor Nation asking: Why did Onyeka leave Bachelor in Paradise? Let's get into her surprise choice to exit the show without finding a match.

Onyeka Ehie arrived on Season 6 of Bachelor in Paradise with some baggage from her past experience in the dating franchise. She made it to the top 12 on Colton Underwood's season of The Bachelor, but wound up being unceremoniously eliminated after getting into a heated argument with fellow contestant Nicole Lopez-Alvar. In fact, the bulk of her time on The Bachelor was defined by her contentious relationship with Nicole, as Onyeka made it no secret that she could not stand how sensitive Nicole always seemed to be. After confronting Nicole over her constant crying, Onyeka told Colton a rumor that Nicole was only on the show to get out of her hometown, which wound up being refuted by other contestants and Nicole herself. The whole thing finally erupted in a massive fight between Onyeka and Nicole that wound up getting them both sent home. So, of course the Bachelor franchise had to bring the two together again on this season of Bachelor in Paradise.

But despite being in Mexico with her Bachelor nemesis, Onyeka came into Paradise focused on finding love.

After a false start with fellow cast member John Paul Jones, Onyeka didn't really seem to be vibing with anyone on the show. However, once Mike Johnson, a fan favorite from Hannah Brown's season of The Bachelorette, entered the game at the start of Week 2, Onyeka immediately had eyes for him, declaring he was much more attractive in person than on TV and even feeling an "instant chemistry" with him.

But despite that chemistry, things did not seem to click between Mike and Onyeka. Instead of choosing her for his date, Mike chose to take Caelynn out. When Mike and Caelynn kissed while dancing to a mariachi band, it seemed to seal Onyeka's fate that she would not get her chance with Mike after all. Later in Week 2, Onyeka confirmed she was just friends with John Paul Jones and Cam, and in her talking head interview she tasked the men of Paradise to step it up to win her over because there is a rose on the line. And apparently, none of them did.

At the cocktail party, Onyeka revealed she was questioning why she was even on the show, since none of the men were pursuing her rose. The revelation came after Cam told her Mike mentioned he was not romantically interested in her.

So, after a particularly belligerent cocktail party that involved both Jordan and Christian being kicked off the show for getting into a physical altercation, Onyeka chose to leave Bachelor in Paradise as well. During the Rose Ceremony, Onyeka surprised her fellow contestants by tearfully revealing she would not be giving her rose to any of the men, instead opting to leave Mexico. The reason she gave for leaving was that she had not made a strong connection with anyone, so she did not want to waste her time sticking around if there was no chance for her to find love with this group of men.

On the car ride out of Paradise, Onyeka said through tears that she knew her person was not there and was not hopeful that he would be there. The immediate fallout from Onyeka's decision, though, was putting Cam in immediate danger, since he was low-key counting on Onyeka for her rose. So, Cam wound up going home as well after Onyeka left.