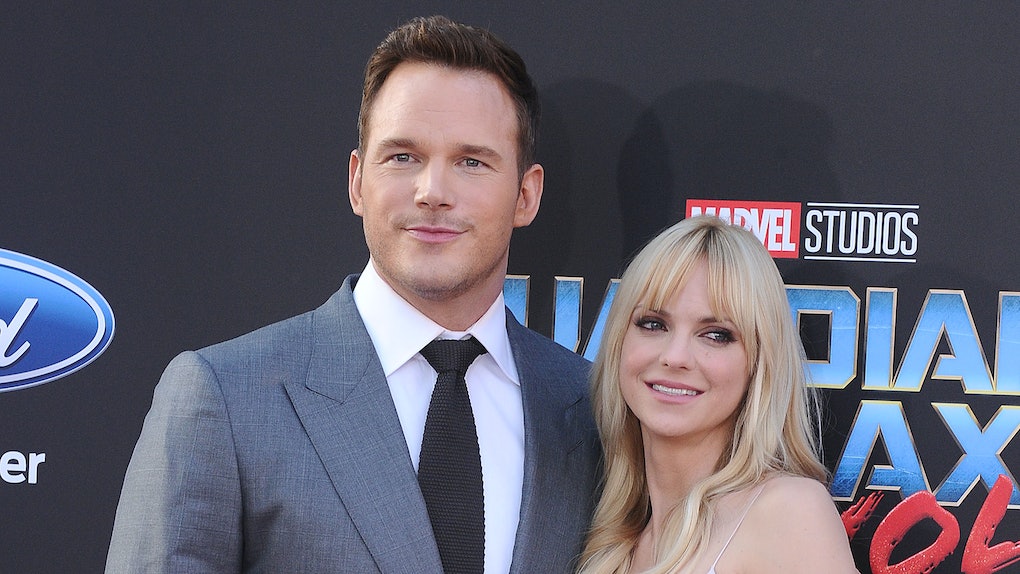 Why Did Anna Faris & Chris Pratt Divorce? She Explained

I know it's been years since they split, but I come bearing some fresh intel as to why Anna Faris and Chris Pratt got divorced. While chatting with Gwyneth Paltrow during a March 22 episode of her Anna Faris Is Unqualified podcast, Faris opened up about the "competitiveness" that got in the way of her previous two marriages.

"My two other marriages were with actors and I don't think we did a great job of eliminating competitiveness," Faris told Paltrow. "Or at least I didn't, being a proud person, and not wanting to reveal vulnerability." She continued, "any hint of competitiveness and comparison, I didn't handle that very well, I don't think. And I hope I've grown from that."

Faris was first married to actor Ben Indra from 2004 to 2008. She then married Chris Pratt, with whom she shares son Jack, in 2009. Pratt and Faris announced they were splitting in 2017. "Anna and I are sad to announce we are legally separating," Pratt wrote via Facebook at the time. "We tried hard for a long time, and we're really disappointed. Our son has two parents who love him very much and for his sake we want to keep this situation as private as possible moving forward. We still have love for each other, will always cherish our time together and continue to have the deepest respect for one another." Faris echoed a similar message on Twitter shortly after:

The pair have remained friends, with Faris even sending Pratt and his new wife Katherine Schwarzenegger a gift when they welcomed their first child in August 2020.

The topic of their previous marriages came about on the March 22 episode of Anna Faris Is Unqualified when Paltrow opened up about how her relationship with husband Brad Falchuk differs from those she's had with exes. "He demands that I am honest with myself in a way that is hard for me but which really helps me grow," she told Faris. "So I recognize his amazing qualities, but [when] we were in a relationship, I was like, 'Oh my god.' It was like being with some kind of a jiujitsu master where they're like, 'No, I'm gonna make you see your own stuff for you to be able to win and advance.'"

In response, Faris revealed she's had a similar experience with her fiancé Mike Barrett. "I'm engaged to a man who's demanded the same thing, which I had never had before," she said. "I had never been confronted with, like, intense eye contact, actually."

From there, she went on to explain the "competitiveness" that stood in the way of her previous two relationships. Here's to hoping she's nipped it in the bud for good moving forward!