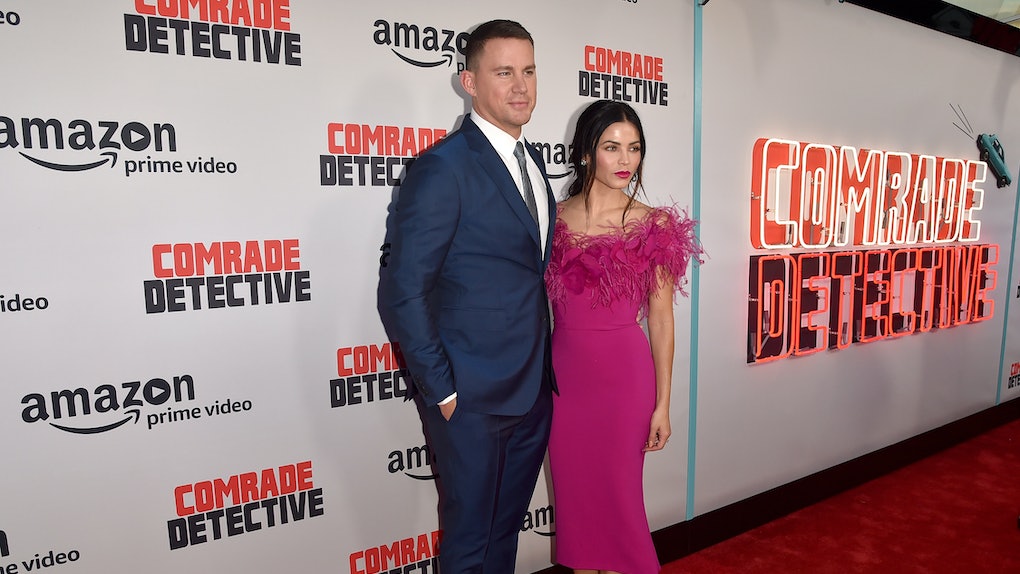 Why Are Channing Tatum & Jenna Dewan Divorcing? It Actually Makes So Much Sense

There are few Hollywood marriages that seem to stand the test of time. Portia de Rossi and Ellen DeGeneres, come to mind, as do Tom and Rita Hanks. Up until today, Channing Tatum and Jenna Dewan Tatum also seemed to have found the keys to domestic bliss. But no more. The couple just announced that after nearly a decade, they have "lovingly chosen to separate." Why are Channing Tatum and Jenna Dewan divorcing? Can a world really keep dancing when these two have gone their separate ways?

Most celebrities keep this sort of thing to a weekend news dump, dropping separation statements post-5 p.m. on Friday, when most people have headed home for the weekend. Instead, the Tatums went with a late Monday night news dump to issue their statement, which says that there are "no secrets or salacious events at the root of our decision — just two best-friends realizing it’s time to take some space." The statement says,

So it looks like the two are splitting because... they've grown apart, and just don't want to be together as romantic partners anymore. It's simultaneously sad, sweet, and totally understandable.

The statement also acknowledges how weird it is to put out such a statement explaining their reasons for breaking up, but that it's a consequence of the professions they were lucky enough to have landed. It read,

First off, it feels odd that we have to share this kind of thing with everyone, but it’s a consequence of the lives we’ve chosen to lead, which we also happen to be deeply grateful for. We’re living in an incredible moment in time, but it’s also a time where truth can easily get distorted into “alternative facts.” So we want to share the truth so you know that if you didn’t read it here then it’s most certainly fiction.

Channing Tatum and Jenna Dewan (we can probably suppose she will drop the "Tatum" at this point) are both the same age, 37, and have one daughter, Everly, who will turn five this year. They first got together during the making of the dance-centric film Step Up back in 2006, which helped both of them rocket to fame. They've been married since 2009, with Jenna taking his last name.

Rumors the couple (who appear nearly everywhere together) were first on the outs began back during the Oscars last month when Jenna flew solo at the Vanity Fair after party, though she insisted it was merely Channing's night to look after their kid.

Other hints that things were far from perfect came in February, when Jenna admitted in an interview with Health that their life was not the picture perfect storybook it seemed. She said,

When people say you guys have such a perfect life, I want to scream and tell them no one’s perfect. I think there are such things as great fits. It is a great fit as long as you are growing together, and I think up until this point we’ve really grown together. Even if one starts to grow, the other catches up and vice versa.

It seems like in the end, they couldn't grow together for a lifetime. Channing Tatum and Jenna Dewan have asked for privacy for their family at this time, and from the sounds of it, they should be allowed to go through this growing, but painful, experience in peace.