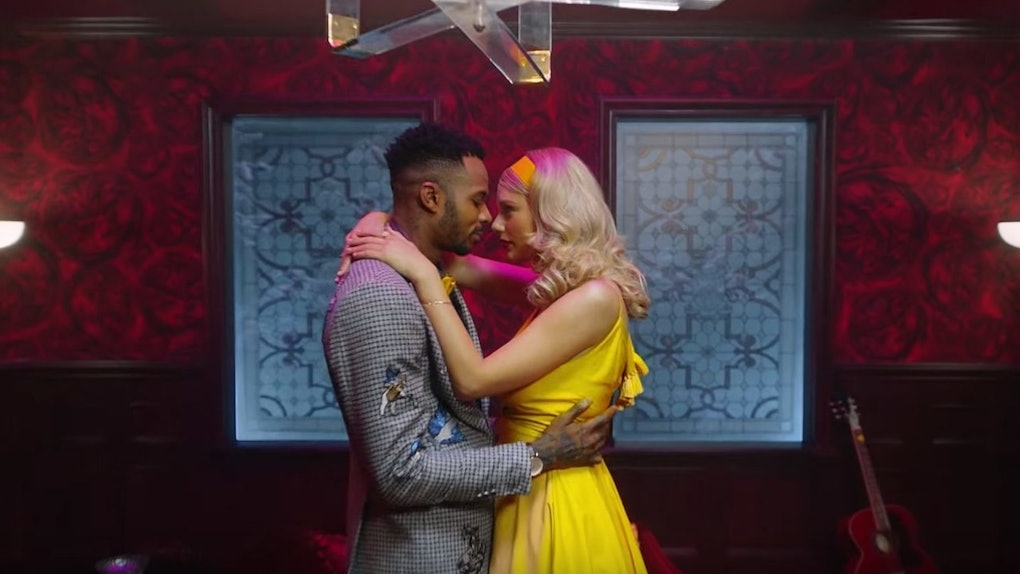 Who's The Guy In Taylor Swift's "Lover" Music Video? Christian Owens Is A Rising Star

As if fans weren't freaking out about Lover the album already, Swift went ahead and dropped her "Lover" music video just hours before the album's release. Yup. Swifties are being fed so well this week and this is only the beginning, y'all. Remember, Taylor Swift is performing at the 2019 MTV VMAs on Monday, Aug. 26. Ahh! I know, I'm excited, too. I wonder which song from Lover she'll sing, but whatever she chooses, I know Swift is going to slay either way. Anyways, back to this "Lover" music video. Like most of Swift's music videos, the video for "Lover" had so many Easter eggs hidden throughout, which had fans talking and analyzing what they could all possibly mean. One question they've also been asking is, who's the guy in Taylor Swift's "Lover" music video?

So, who is he? The guy in Swift's "Lover" music video is Christian Owens and he's a dancer and friend of Swift's. He joined Swift on both her 1989 and Reputation tours as a dancer. During the Reputation tour, Owens had a particularly special moment for Swift's "King Of My Heart" performances, since he played Swift's love interest during the live shows and danced alongside her.

Owens announced that he would be joining Swift on her 1989 tour in April 2015, so that means he's known Swift for at least four years. No wonder he and Swift have become close over time, so much so that Swift invited Owens to play her love interest in her "Lover" music video. Wow, that is total friendship goals right there.

Outside of Owens' work with Taylor Swift, you'll probably recognize him from Normani's "Motivation" music video. OMG, what? Yes, you read that right. Christian Owens was in Normani's new music video, and I only just learned this information, too.

In case y'all want to see him bust some serious moves, I'm letting you know that Owens appears around the 2:10 mark in the "Motivation" music video, which you can watch below.

The "Motivation" music video just came out on Friday, Aug. 15, which means that Owens starred in two major videos just a week apart from each other. That's impressive!

You know what's even more amazing? Before "Lover" and "Motivation," Christian Owens also appeared in Beyoncé's "Love On Top" music video in 2011, and also performed alongside her at Coachella in 2018. What, Beyoncé? It's true. Christian Owens worked with Queen B herself!

Christian Owens is truly an artist on the rise, and I can't wait to see what it is that he does next. Until then, you can watch him in Taylor Swift's "Lover" music video.