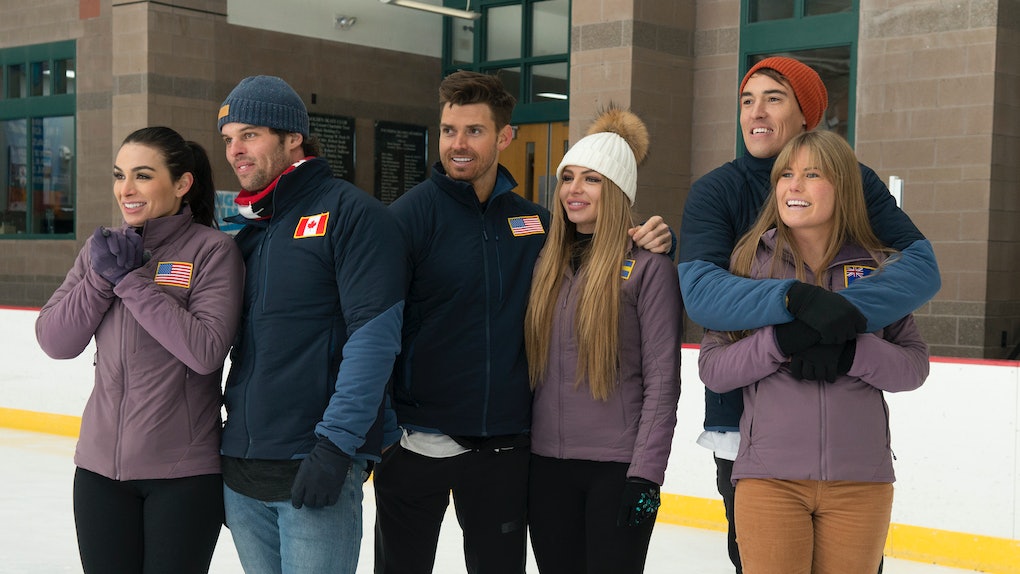 Who Wins ‘Bachelor Winter Games’? A Truly Shocking Couple Came Out On Top

There have been only four episodes of The Bachelor Winter Games, yet we feel like we've watched a lifetime of romance unfold. We laughed, they cried, and Bibiana learned the correct pronunciation of "crepe." But all good things must come to an end, and a winner must be crowned. What began as a unification of reality TV contestants from all across the globe resulted in a handful of international love stories that are still going strong. Who wins Bachelor Winter Games? Let's hear it for Team Canada and Team USA, because Ashley and Kevin were the victorious lovebirds.

Ashley I. deserves a round of applause from Bachelor Nation. The two-time Paradiser and Bachelor castoff from Chris Soules' season can now cry tears of joy! She got the gold and she might've got real love. After a rousing ice dancing performance, she and Kevin "Seen Nickelback In Concert 27 Times" Wendt were dubbed the first-ever champions of Winter Games.

Kevin has come off as a natural athlete throughout this show. Ashley... not so much, unless you count her impressive public makeout skills. But as a team fueled by lust and adoration — this pair is unstoppable! I sincerely hope they enjoy basking in the glory of reality TV defeat.

"We won! I am a Bachelor success story!" exclaimed Ashley, who admitted that it took "three years and gallons of tears." "Winning the title, and winning a guy as great as Kevin. I think Kevin and I are probably going to have Fantasy Suite round two tonight."

The funny thing is, Ashley and Kevin weren't a sure thing from the start. Kevin was initially drawn to Bibiana in the premiere, causing Ashley to break down in sobs (duh) and question her future on the show, relationship-wise. But things work at an accelerated pace in Vermont and connections can be cut short like that (*snaps fingers aggressively*), so just one episode later Kevin decided that he would close the book on Bibi and give Ashley a shot.

Cut to the finale and the two of them are in the fantasy suite about to win the whole thing! Oh, what a difference a day (or maybe 48 hours?) makes. "The relationships formed faster than I thought it was going to be," Ashley told Access Hollywood. "Because we only taped for 10 days. Isn't that insane? In Paradise we normally have 20 days... So, I thought, what could really form in 10 days? But a lot, apparently."

The past three episodes have shown Kevin and Ashley's love story evolve from a budding crush to something potentially more serious. Ashley was giddy with the concept of introducing the firefighter to her family and even admitted she could see herself walking down the aisle towards him. I'll spare you the Canadian tuxedo jokes...

The two of them are pretty adorable together — their sultry tonsil hockey sesh in Tuesday's kissing contest solidified them as real contenders with undeniable chemistry. And their Ghost-inspired pottery date was a swoon-worthy scene that had fans thinking they might just go the distance.

Although Ashley is LA based and Kevin lives up north, the sweethearts are apparently making it work. According to Us Weekly, they've been doing the long-distance thing and covertly seeing one another over the past few months.

“The key is breaking the rules. You’re not supposed to see each other,” Kevin revealed. “We just break the rules and fly to each other. That’s the secret.”

Congrats, you crazy kids! Now go and celebrate. You deserve it.

More like this
'Bachelor In Paradise' Season 7: Premiere Date, Cast, Filming, & More Info
By Rachel Varina
Peter Weber’s Quote About How ‘Bachelor’ Producers Get Contestants To Kiss Is Wild
By Abby Monteil
Bachelor Nation's Reactions To Colton Underwood Coming Out
By Candice Jalili
Stay up to date