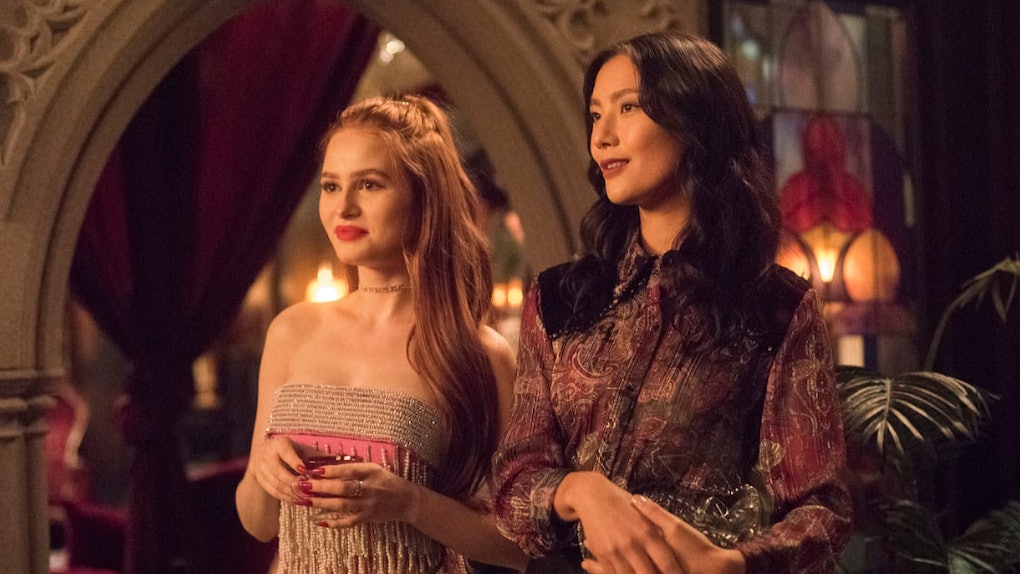 Who Plays Minerva On 'Riverdale'? Adeline Rudolph Has Fans Intrigued

Riverdale Season 5's massive time jump changed everything, especially when it comes to relationships. Almost none of the couples who seemed "endgame" in high school are still together seven years later, and fans were especially emotional when Choni — Cheryl and Toni, that is — parted ways. Now, there's a new woman in Cheryl's life, leaving many viewers wondering: Who plays Minerva on Riverdale? Adeline Rudolph is an intriguing new face.

Warning: This post contains spoilers for Riverdale Season 5, Episode 8. In the seven years following high school graduation, Cheryl gave up her queen-bee status and retreated into her family home of Thistlehouse in hopes of redeeming the Blossom family name. In the meantime, she also developed a new hobby: art forgery. The now-adult Cheryle now apparently sells replicas of original paintings to make money.

While doing some light art crime, Cheryl crossed paths with the charming art appraiser Minerva Marble, and the pair had an instant connection. Although Minerva discovered the portrait she was preparing to sell for Cheryl was actually a very skillful forgery, rather than going to the police, she asked Cheryl to paint a portrait of her. The two got closer in the process, and once the painting was finished, Minerva pulled Cheryl in for a kiss.

It's unclear whether Cheryl will eventually mend her relationship with Toni or find new happiness with Minerva, but one thing is clear: The character is one of the most exciting fresh faces in Riverdale Season 5.

If you keep up with Archieverse TV shows, there's a good chance you've already seen Rudolph before. The actor is best known for playing the formidable witch Agatha Night on all four parts of Netflix's Chilling Adventures of Sabrina, which actually takes place in the sister show to Riverdale. Roberto Aguirre-Sacasa (who created both shows) confirmed a fifth season of Chilling Adventures of Sabrina would've featured a Riverdale crossover, but since the series was canceled before then, it's nice that Rudolph got to spend time in both Greendale and Riverdale anyway.

New episodes of Riverdale Season 5 air Wednesdays at 8 p.m. ET on The CW.