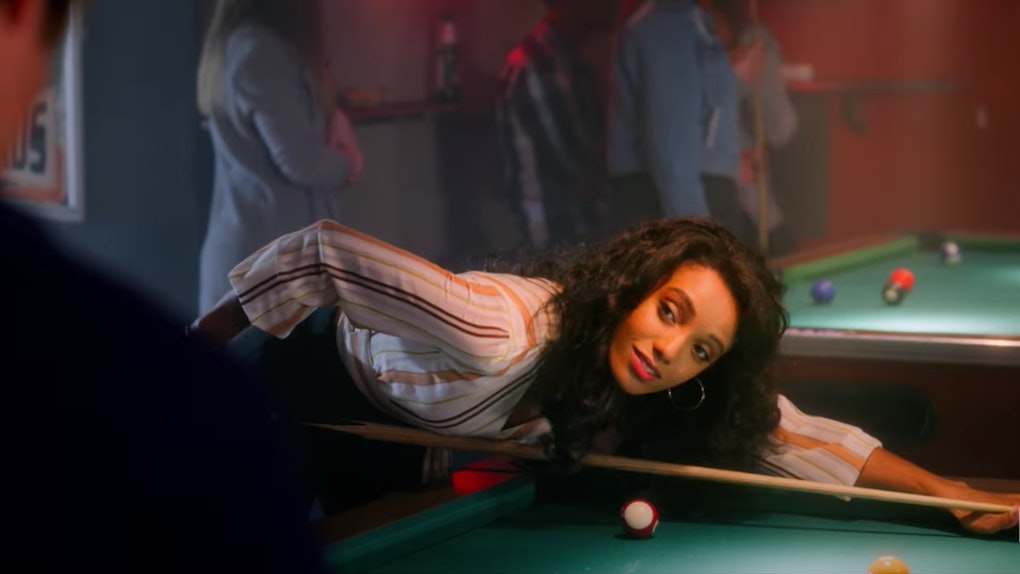 Who Plays Chloe In 'The Kissing Booth 2'? Get To Know Maisie Richardson-Sellers

Things seemed to be perfect for Elle and Noah at the end of 2018's The Kissing Booth, but as is so often the case, college could change everything. A couple of new characters threaten the central love story in the sequel to Netflix's hit rom-com, as Elle grows closer to the new student Marco and Noah starts spending a lot of time with a woman named Chloe. The newly released trailer probably has fans wondering who plays Chloe in The Kissing Booth 2, so here's everything you should know about Maisie Richardson-Sellers:

While The Kissing Booth 2 trailer brings back all the fan-favorite characters from the first movie, it also introduces some new faces to viewers. Elle finds herself striking up a close friendship with Marco as she attempts to get him to participate in the kissing booth, and from the looks of it, Noah has quickly settled into college life with his new friend Chloe. It's Chloe who seems like she'll be the source of a lot of the drama in the upcoming movie, as Elle freaks out once she discovers Noah has been spending a lot of time with this mysterious new woman. The trailer shows Chloe playing pool with Noah and snapping Instagram pics with him.

Chloe is likely a familiar face to The CW fans, since the character is played by The Originals and Legends of Tomorrow actor Maisie Richardson-Sellers. Her breakout role was as the witch Eva Sinclair (who became possessed by the vampire Rebekah Mikaelson) in The Vampire Diaries spinoff The Originals. She then starred as Amaya Jiwe (a version of the DC Comics superhero Vixen) in Legends of Tomorrow. In a twist similar to her double role on The Originals, Richardson-Sellers began playing the shape-shifter Charlie in the middle of the series.

Although Richardson-Sellers is known for her dual-identity sci-fi characters, it looks like her role in The Kissing Booth 2 will be just an ordinary college student.

Richardson-Sellers isn't only a powerhouse on-screen, though — she's also an activist and filmmaker in her own right. She recently spoke to E! News about her plans to diversify the entertainment industry through her original work, and about the importance of Pride month. Richardson-Sellers openly identifies as queer, and posts a bunch of cute pics with her partner, the singer-songwriter CLAY, on Instagram.

Fans will get to see Richardson-Sellers' next big role when The Kissing Booth 2 premieres on Netflix on Friday, July 24.