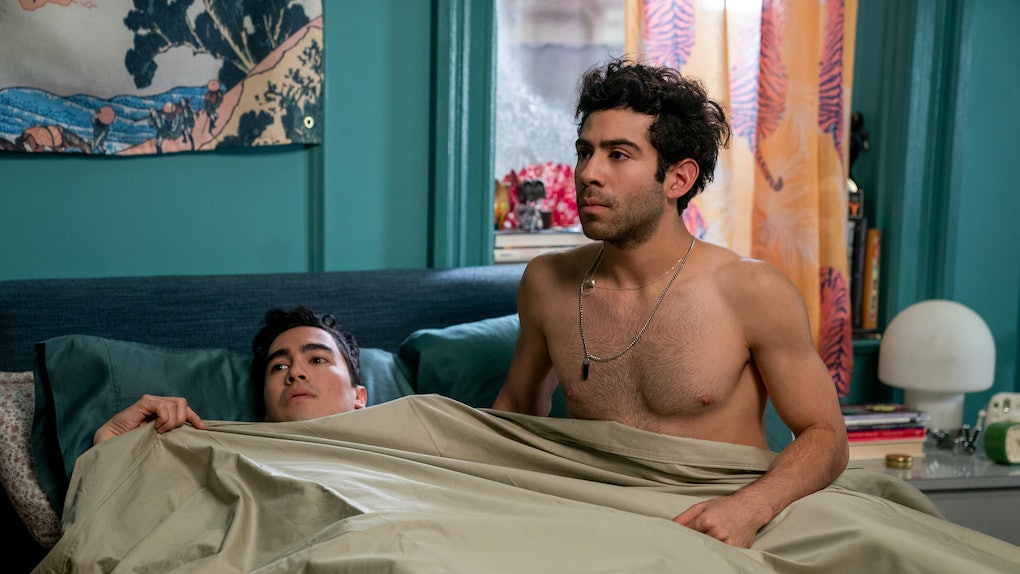 Who Plays Benny In 'Dash & Lily'? Get To Know Diego Guevara

The new Netflix series Dash & Lily is all about the titular characters falling for each other. But they're not the only couple to find love in Dash & Lily. Lily's brother Langston gets a love story of his own with his boyfriend Benny, and they get to share just about the cutest holiday-themed dates in the days surrounding Christmas, including sugar cookies in bed and sleeping under a giant blanket on a rooftop. If all the cuteness has you wanting more, you're probably also wondering: Who plays Benny in Dash & Lily? Newcomer Diego Guevara is gaining lots of fans.

Although he appeared in a few independent films before Dash & Lily, this is Guevara's first major on-screen role. Instead, the majority of his acting career so far has been spent on stage; he's starred in regional and international productions of musicals like Legally Blonde, In The Heights, and Spring Awakening. Guevara's Instagram is filled with shots of him with the casts of his various productions, and his passion for his job practically leaps out of each caption.

A graduate of the University of Rhode Island's Theatre program, Guevara is a true multi-hyphenate who can act, sing, and dance. You can check out his stellar dance moves in this compilation of his performances.

Guevara's alma mater URI is clearly proud of him, too. The school recently published an interview with him about his role in Dash & Lily. In the interview, Guevara highlighted the importance of showcasing an LGBTQ+ relationship on screen. "I am so excited for the series as a whole,” he said. “But to be portraying a gay Latino character on television is exciting. Representation matters. For people to see themselves on the screen is important to me.”

Not only do audiences get to see diversity on screen in Dash & Lily, but they also get to see the magic of the holidays in New York. Benny plays a big part in helping Lily access her confidence to explore the city and find love. Guevara told URI, "It is definitely a great show to escape with, especially given that this year comes with a lot of social distancing.”

You can see more of Guevara in Season 1 of Dash & Lily, which is now on Netflix.