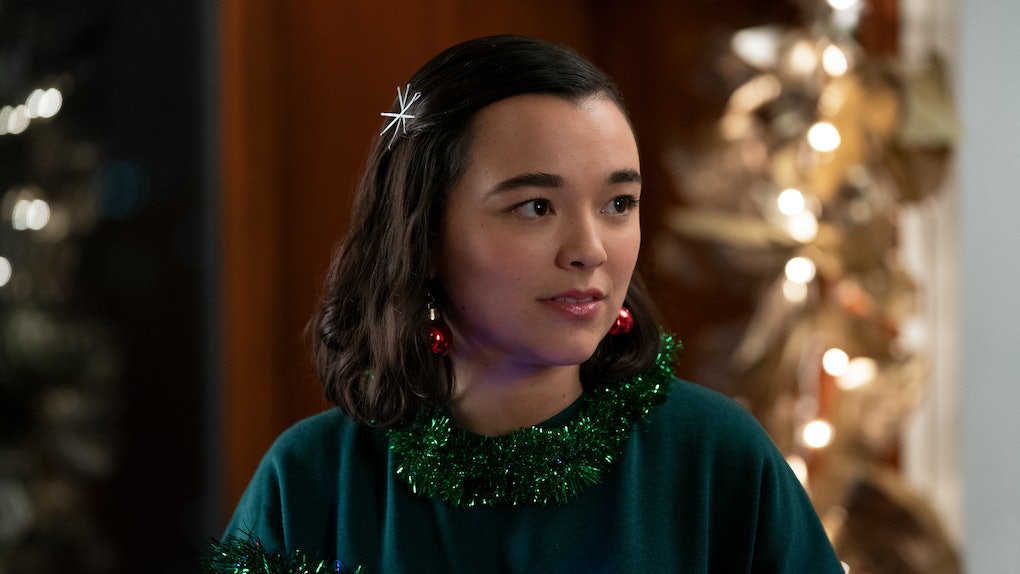 Netflix's Dash & Lily is perfect for a concentrated dose of holiday joy to get you in the spirit. The new series follows Dash (Austin Abrams) and Lily (Midori Francis) as they send each other on scavenger hunts throughout New York and fall in love. The majority of the series' holiday joy comes from just one of those teens specifically: Lily, who is so festive, she literally dresses up like a Christmas tree. Her delightful character is making a lot of fans wonder, who plays Lily in Dash & Lily? It turns out, actor Midori Francis brought her joyful energy to a bunch of other roles before.

Before her starring role in Dash & Lily, Francis got a lot of laughs in 2019's Good Boys. She starred as one of the teenage babysitters of the movie's titular boys and ends up hilariously pursuing them in a memorable car chase. Francis shows off some impressive stunts in the scene, and she even posted the scene on her Instagram, calling it her "action reel." But even in a laugh-out-loud comedy like Good Boys, Francis found the heart of the story in a way that's not dissimilar from her character in Dash & Lily. In a behind-the-scenes interview about Good Boys, Francis said, "What I love about comedy is that sometimes it can weirdly land on you in weirdly sentimental and nostalgic ways. Even though it's a very jokey movie, it's also about friendship, and I'm just a big sucker for that."

In addition to Good Boys, fans also might recognize Francis from her starring role on Crypt TV's The Birch, which aired on Facebook Watch, or from her roles in Oceans 8, Gotham, or Younger.

Francis is actually a star of both screen and stage. She's appeared in multiple off-Broadway plays, including Usual Girls, The Wolves, and Before the Meeting. She's been nominated for a Drama Desk Award and won an Obie Award, so it's clear Francis' talent transcends mediums.