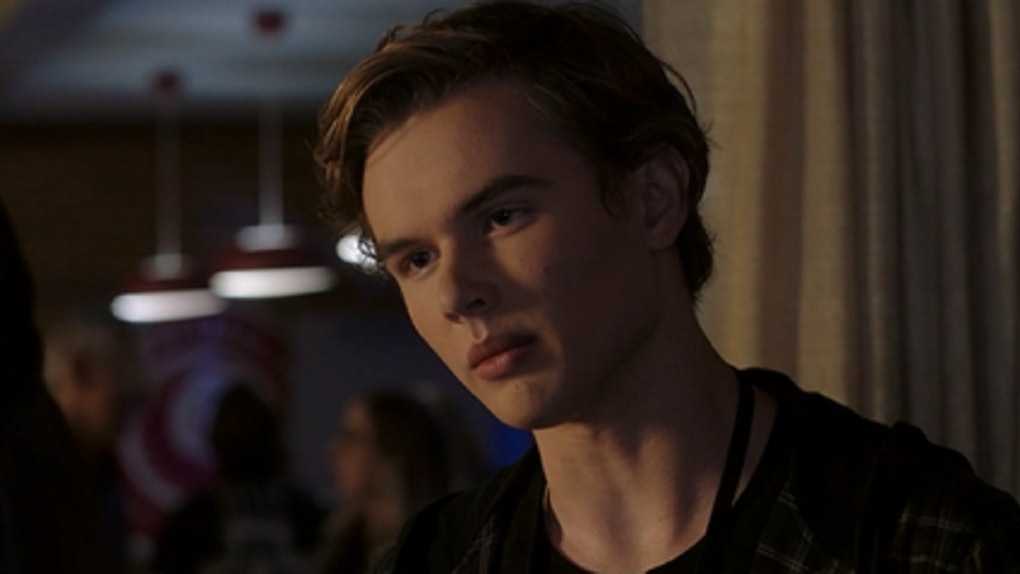 Who Is Zach On 'The Perfectionists'? The BHU Student Is Connected To Ava’s Past

This post contains spoilers for Pretty Little Liars: The Perfectionists. While they're not in their incredibly spacious apartments and dorm rooms, the Perfectionists trio are typically focused on keeping their personal secrets under wrap and trying to track down Nolan Hotchkiss' killer. Maintaining social lives with other students hasn't exactly been a priority, but on April 24's Perfectionists episode, Ava ran into an unexpected person from her past. The meeting didn't exactly warrant a lighthearted trip down memory lane, so who is Zach on The Perfectionists? The Beacon Heights University student believes Ava is to blame for his hectic college life.

On last week's episode of The Perfectionists, head of security and former FBI agent Dana Booker (Klea Scott) blackmailed Ava (Sofia Carson) into believing that her felon father was trying to contact her. Having taken illegal action while investigating Ava's family's embezzlement case, Dana still has a personal vendetta against Ava for contributing to the loss of her FBI job. It turns out that she's not the only one with hard feelings toward the fashionista.

Ahead of her campus fashion show and a Vogue representative evaluating it, Ava ran into Zach (Garrett Wareing), a student working on the show's events team. After cooperating smoothly with faculty adviser Alison (Sasha Pieterse), Zach snapped when Ava arrived late from the hospital, where Caitlin (Sydney Park) was still in surgery as a result of a hit and run. He refused to help her right away and proved even less helpful when the wrong flowers arrived for Ava's presentation. He was also unsympathetic about Ava trying to impress her Vogue visitor, musing about her having the luxury to be an intern rather than needing to work throughout the summer.

Ava couldn't figure out why Zach was acting so sour, but she put his attitude aside when she went with Dylan (Eli Brown) to explore the sewer for Mason's (Noah Gray-Cabey) phone. After Ava returned to the fashion show and made the most of an outfit ruined in the sewer, Zach finally explained himself. "Your dad stole my parents' life savings," he told Ava. "My college fund. Everything."

As her family secret has clearly affected more people than Ava initially realized, it sounds like Zach will stick around for more guilt trips in future episodes. Deadline announced Wareing's casting as a recurring role, describing Zach with the following:

[Zach is] a BHU sophomore currently working three jobs to stay in school, and still manages to maintain stellar grades. His tough exterior hides a sensitive soul who can make anyone melt.

If Dana catches onto Zach's connection to Ava, she seems destined to use him to her advantage. But given his supposed sweet side, maybe he could turn out to be an ally to the Perfectionists. Plus, seeing as Ava hadn't realized the son of her dad's victims was in school with her, does Zach also treat his family history as a secret? If he doesn't want the truth to reach more people, maybe he teams with Ava and the others in an attempt to hide from whoever is aware of the group's secrets. We'll have to wait and see if Zach contributes to the mystery of Nolan's death in any way.

Season 1 of Pretty Little Liars: The Perfectionists continues on Wednesdays at 8 p.m. ET on Freeform.