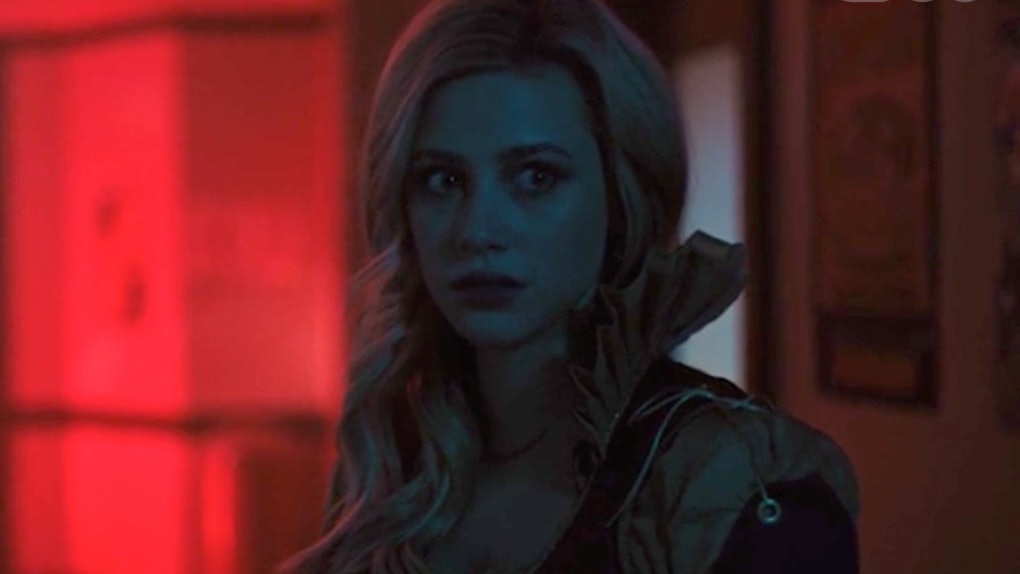 Who Is The New Black Hood On 'Riverdale'? It Might Not Be Hal Cooper This Time

Leave it to Riverdale to turn high school prom into a night of absolute horrors. Then again, it would feel pretty out of place if Archie, Veronica, Betty, and Jughead actually got to have a normal, murder-free prom amidst all the cults, gangs, mafia, and possibly supernatural killers that have been giving them grief all year. And now they have one more thing to worry about, as everyone is wondering who is the new Black Hood on Riverdale. Yep — he's back, but it is not clear whether Hal Cooper is under the mask or someone new.

Spoiler alert: This post contains plot details from Riverdale Season 3 Episode 20, "Prom Night." Life in Riverdale was hard enough when there was only one masked serial killer terrorizing the town, but now there is another one on the loose. The climactic scene of this week's new episode came after Betty and Jughead came up with a plan to lure the Gargoyle King to the school prom and then trap him there. However, Betty got a note telling her to meet the mysterious monster in the hallways on her own, so she had to ditch her plan with Jughead to try to take down the Gargoyle King alone.

Betty was feeling pretty confident, though, because she had actually hidden a gun in her purse (I know, things are getting real). But before she could pull the trigger, she was tackled by a mysterious man in black. That's right — it is the Black Hood, the Season 2 serial killer back for more bloodshed... and seemingly working with the Gargoyle King for some reason, since he protected him from being shot. Betty naturally assumes that the Black Hood is still her father, since she thinks he faked his death during the prison transfer accident, but Riverdale fans should recognize that something just does not add up about that. This is mainly because this new Black Hood actually tries to kill Betty with a large hook as he chases her around the high school. Hal Cooper may be psychotic, but he has always valued his connection with his daughter.

Then again, it is hard to ignore the signs that seem to be screaming that this is Hal Cooper back to his old ways. For one thing, Hal had just (allegedly) faked his own death and escaped from jail right before the Black Hood reappearance. Plus, Dr. Curdle Jr. told Betty that the only body part he was able to identify as being Hal's in the car accident was a hand, and the Black Hood showed up with a hook for a hand. Did Hal lose his hand in the car accident and replace it with a hook perhaps?

There is definitely something strange about the Black Hood working with the Gargoyle King, though. Plus, the end result of this whole attack on Betty was that Betty ran to her mom and actually agreed to stay at The Farm in order to be protected, which is what Edgar Evernever has been after all along. Because of this, it definitely feels like the Black Hood, the Gargoyle King, and Edgar are all working together, so if this new Black Hood really is Hal Cooper, then why is he working with Edgar? Or, could this be a completely different person pretending to be Hal in order to scare Betty?

So many questions, so little time, because Riverdale Season 3 only has two episodes left to explain all of this confusion!

More like this
These Fake 'Riverdale' Brand Names Are Even Better Than The Real Thing
By Rachel Varina
In 'Riverdale' Season 5, Toni Topaz Is The Black Superwoman Without A Cape
By Erika Hardison
7 'Game Of Thrones' Spinoff Ideas HBO Should Def Consider
By Ani Bundel
Stay up to date