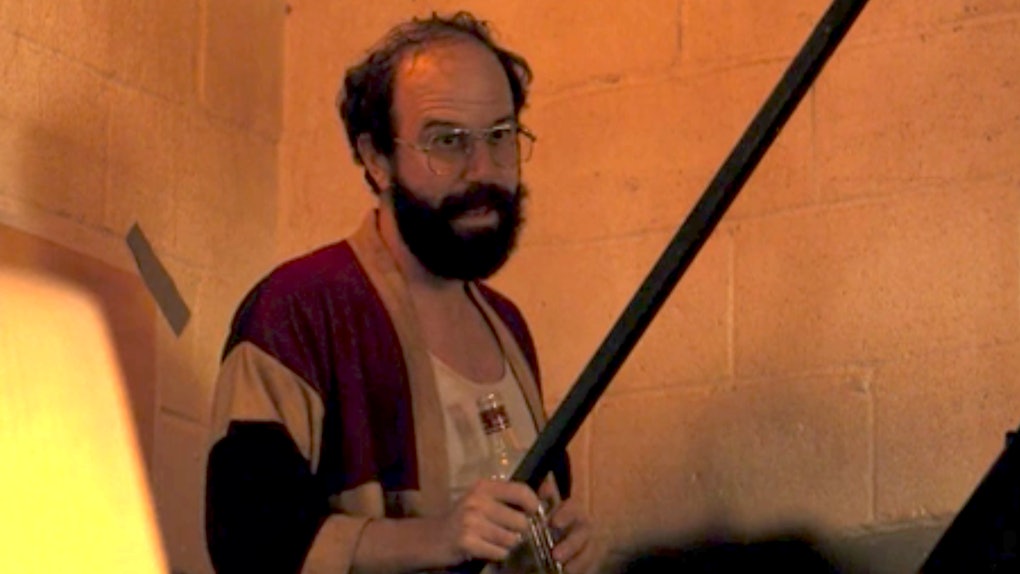 Who Is Murray Bauman On 'Stranger Things'? The Reporter Is On Barb's Case In Season 2

One of the most unexpected phenomenons to come out of the first season of Stranger Things was an intense fan response to the character of Barb Holland, Nancy's kind of geeky best friend who winds up falling prey to the Demogorgon and not being rescued from the Upside Down like Will Byers was. The relative lack of focus on Barb's death in Season 1 created a rallying cry among fans, demanding justice for Barb in Season 2. Spoiler alert: This post will discuss details from episodes 1-6 of Stranger Things Season 2; it will not spoil the final 3 episodes of the season. The show delivered that justice, thanks to an eccentric, vodka-chugging reporter named Murray Bauman (played by the normally comedic actor Brett Gelman). So who is Murray Bauman on Stranger Things, and why is he so important? Well, he turns out to be a surprisingly helpful ally to Jonathan and Nancy in taking down the Hawkins Lab.

Bauman is one of the new faces to show up in the premiere episode of Stranger Things Season 2, although he doesn't appear to be a welcome one to Jim Hopper. The Hawkins police department has clearly been dealing with Bauman for a while, as everyone treats him with ridicule and disdain when he spouts his conspiracy theories in the police office. Bauman says he believes a powerful young girl was loosed on Hawkins a year ago by the Russians to spy on the town — of course, Hopper knows he's talking about Eleven, but laughs off his conspiracy theory with the rest of the office to help protect her.

Eventually, Bauman finds his way into a real investigation on the mysteries of the town when Barb's parents hire him to find their missing daughter. This stirs up a ton of guilt within Nancy, who can't bear to see her friend's parents devoting all their time and money to finding the daughter that she knows is dead... but she can't really tell them that. Galvanized by this guilt, Nancy enlists Jonathan to help her take down Hawkins Lab, whom she blames for Barb's death, by getting a tape recording of the chief scientist admitting to it. When Nancy and Jonathan get the tape, they decide to turn to Bauman to help them figure out how to make it public.

This is when we really meet Bauman, who spends the bulk of his time on the show in a bathrobe holding a glass of vodka in his dingy warehouse apartment. Like any true conspiracy theorist, he has a wall covered in pictures and newspaper clippings with thread connecting them all haphazardly, but Nancy and Jonathan tell him he's off base with his theories, and reveal the supernatural element to Barb's death that he had been missing. Bauman also helps them, by suggesting that rather than shock the public with wild-sounding accusations of Barb's death at the hands of a creature from another dimension, they allege the lab has been creating a toxic byproduct that led to Barb's death.

Bauman also helps them in another way, by doing what viewers of the show have been yelling at our screens for a season and a half and telling Nancy and Jonathan to just hook up already. Thanks to Bauman, Nancy and Jonathan finally act on their obvious attraction to one another and get together while staying at his apartment.

After Nancy and Jonathan leave Bauman's apartment, we still don't know whether their plan to publicize the lab's misdeeds is going to work or not. But it has become evident that the Duffer Brothers have delivered on their promise that Season 2 would get justice for Barb, and that's through the investigative skills of Murray Bauman along with Nancy and Jonathan.