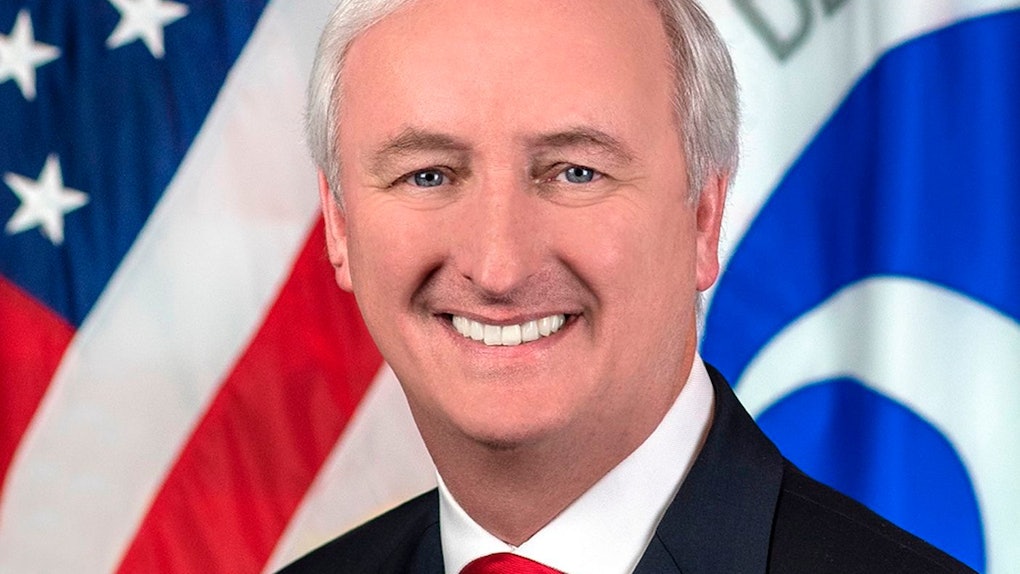 Who Is Jeffrey Rosen? Trump Nominated Him To Replace Rod Rosenstein

You know what they say, out with the old, in with the new. While it might not be shocking anymore to hear about a new face joining the Trump administration, this case is a bit unconventional. In case you haven't heard, Trump plans to nominate a new deputy U.S. attorney general to replace Rod Rosenstein. So, who is Jeffrey Rosen? Here's what we know.

Currently, Rosen serves as the deputy secretary of the U.S. Department of Transportation and has held government jobs for years prior to that, working as general counsel in the Transportation Department and the Office of Management and Budget (OMB), according to CNBC. Despite his experience in the government, Rosen reportedly has no prior experience as a prosecutor and has never worked within the Justice Department. So, the fact Rosen might be nominated for the position of deputy U.S. attorney general with zero experience in that area is... a bit interesting.

However, what's even more interesting is the timing of Trump's nomination of Rosen. At the moment, Rod Rosenstein serves as the U.S. deputy attorney general and oversees Special Counsel Robert Mueller's investigation into possible collusion between the Trump 2016 campaign and Russia. Even though there's been rumors that he plans to step down from his position come March, nothing has been officially announced — meaning it's a little unconventional that Trump already has a nominee lined up to take his place. Talk about acting fast. Elite Daily reached out to the White House and U.S. Department of Justice (DOJ) for comment on Trump's nomination and Rosenstein's departure, but did not hear back in time for publication.

For what it's worth, DOJ sources did reportedly tell Reuters on Feb. 18 that Rosenstein would be stepping down by "mid-March." The official reportedly said that the timing was not related to former Acting FBI Director Andrew McCabe's claim that DOJ officials, including Rosenstein, had discussed using the 25th Amendment to remove Trump from office. The DOJ did not respond to Elite Daily's request for comment at the time.

The timing behind this nomination may be a bit of a head scratcher to some, but apparently Rosen's nomination has been well received by the the U.S. Justice Department. On Tuesday, Feb. 19, new U.S. Attorney General William Barr, who was nominated by Trump and confirmed by the U.S. Senate on Feb. 14, released a statement supporting Rosen as deputy attorney general. The statement read,

His years of outstanding legal and management experience make him an excellent choice to succeed Deputy Attorney General Rod Rosenstein, who has served the Department of Justice over many years with dedication and distinction.

There's really no telling why Trump already has nominated a successor to Rosenstein. However, the relationship between Trump and Rosenstein over the past few months has been complicated to say the least. In May 2017, Trump fired FBI Director James Comey, claiming that he was "ineffective to lead the Bureau" and using a memo written by Rosenstein as justification. Later that month, Rosenstein appointed Mueller to lead the investigation into whether the Trump campaign actively colluded with Russian operatives during the 2016 presidential election, much to Trump's ongoing public disdain.

Despite tensions, Trump did a complete 180 when he told The Wall Street Journal in August 2018 that he and Rosenstein have a "great relationship." However, clearly that didn't last long because in November 2018 Trump retweeted a meme that showed many of his perceived political adversaries, including Rosenstein, behind jail bars with a caption that read: "Now that Russia collusion is a proven lie, when do the trials for treason begin?" The White House did not respond to Elite Daily's request for comment on the image.

If this were different circumstances, we would probably say "another one bites the dust." However, seeing as Rosenstein hasn't officially announced his plans to step down, this situation is a bit trickier. One can only wonder.