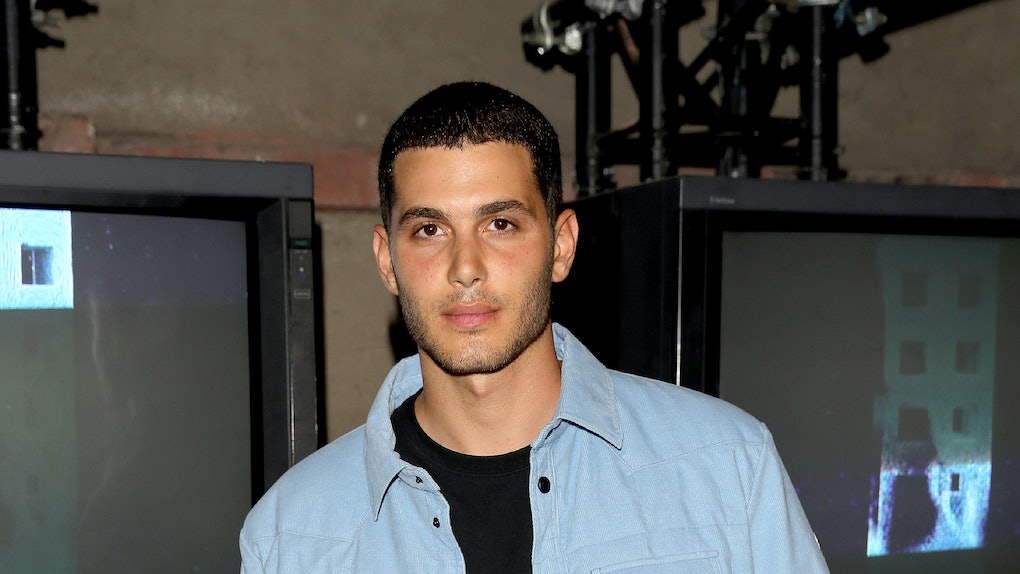 Who Is Fai Khadra? Kendall Jenner's BFF Is More Than Just Her +1

The Kardashian-Jenner's friendship circle is huge, and while some friends have come and gone, like Kylie Jenner's former bestie Jordyn Woods, others have stayed and proven they're in it for the long haul, like Kendall Jenner's friend Fai Khadra. Those who follow Jenner on Instagram will instantly recognize Khadra because he's always making appearances on her IG feed. Jenner's tight-knit friendship with Khadra has sparked dating rumors, but Jenner has made it clear time and time again Khadra is nothing more than a friend. In fact, because Jenner and Khadra are always together, it seems like they're besties. If you're wondering who Fai Khadra is, here's everything you need to know about him.

For starters, Khadra is often Jenner's plus-one at events. Khadra tagged along with Jenner to Justin Bieber and Hailey Baldwin's star-studded wedding festivities in South Carolina in late September. Jenner posted various clips to her Instagram Story showing her and Khadra having fun during the wedding. At the time, fans believed Khadra was Jenner's new boyfriend, but, as it turns out, Khadra's relationship with Jenner is super platonic.

After the wedding, Jenner denied dating rumors, captioning an Instagram selfie with Khadra, "We don’t date he’s just my date."

If you're curious about Khadra's romantic history, in 2014, he dated Victoria's Secret model Devon Windsor, but the couple broke up a year later. Since then, Khadra has been romantically linked to Rita Ora, Kourtney Kardashian, Bella Hadid, and Jordyn Woods, although Khadra has never opened up about the dating rumors.

Relationships aside, Khadra is really making a name for himself. With over 600,000 IG followers, Khadra's proven he's one heck of an influencer. He's constantly sharing pictures of his travels around the world, his Dalmatian pup, and his family.

Khadra has twin sisters named Sama and Haya Khadra, who are known together as the DJ duo SIMIHAZE. The sisters are close friends with Kylie Jenner, which could explain how Khadra met Kendall Jenner in the first place.

Like his sisters, Khadra is a big music lover himself. He's a triple threat when it comes to music, since he's a DJ, singer, and a songwriter ( his IG bio reads, "In Music We Trust..."). He has a SoundCloud page with some of his music, although he hasn't posted anything new in four years.

You can hear Khadra's song "Body Heat," which he co-wrote with Victoria Monét, below.

Besides music, Khadra occasionally models for brands like Moncler and Louis Vuitton, which is unsurprising since Jenner's fans are always gushing over Khadra's handsome looks. In fact, fans hope Khadra and Jenner actually become an item one day, especially after Jenner joked about starting a family with Khadra and received approval from all her friends and family.

But, one last reminder: Jenner made it 100% clear she and Khadra are just friends. Since he's accompanied the model to Bieber and Baldwin's wedding, Coachella 2019, and even on the race tracks for Jenner's 24th birthday, fans can probably expect to see Khadra in many more of Jenner's future IG posts.

More like this
Kendall Jenner Shaded Selena Gomez On Twitter & Selenators Went OFF
By Michele Mendez
Devin Booker’s Comment On Kendall Jenner’s Easter Instagram Is So Cute
By Lydia Wang
These Tweets About BTS' McDonald's Meal Announcement Are Hype, But ARMYs Have 1 Question
By Brandy Robidoux
Stay up to date