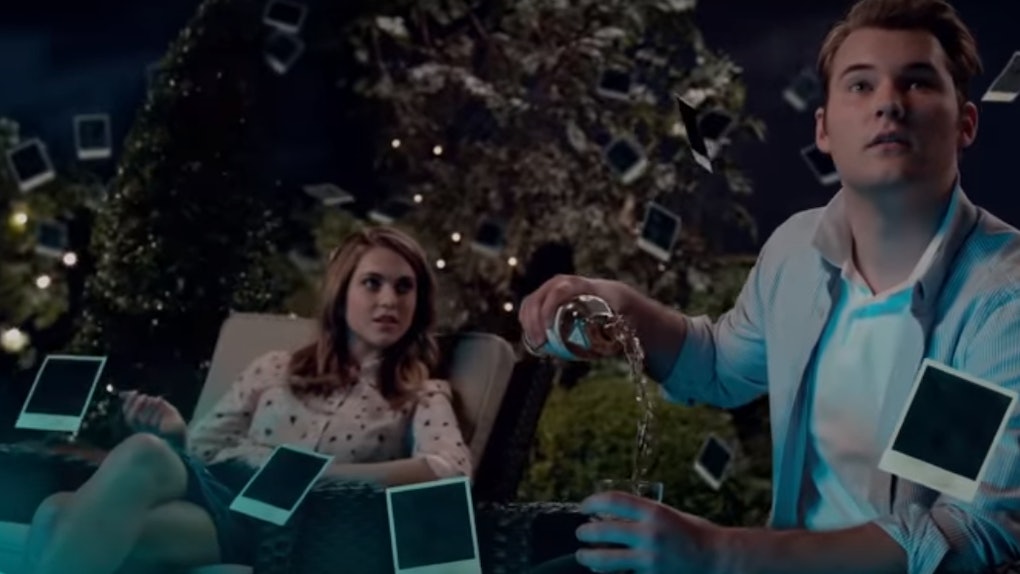 Who Is Chloe On '13 Reasons Why'? Here's What You Should Know About The New Character

Following the surprise announcement that Season 2 of 13 Reasons Why premieres on May 18, fans have studied the show's new teaser trailer as if their lives depended on it. Amidst the trailer's sea of polaroids swimming around the characters, you may have spotted one particular person in a precarious position. The girl propped up in a chair next to the dangerous Bryce wasn't instantly recognizable to many 13 Reasons Why devotees and has sparked massive interest among viewers. You may have to dig around for more information on her, so who is Chloe on 13 Reasons Why?

The teaser introduces the first glimpse at Chloe, a totally new character, when it's Bryce's turn in its spotlight. Frozen in place like the other characters, the only things moving around him are the mysterious polaroids and the liquid he's pouring into a glass. Having raped both Jessica and Hannah in Season 1, the legal consequences possibly facing Bryce are expected to play a major role in Season 2, but the teaser's theme of polaroids revealing characters' dark moments suggests that Bryce is far from being punished. In the trailer, an all-telling polaroid reveals Chloe later slumped over in her chair, seemingly unconscious. Whatever path we may see her take this season, that polaroid is a major hint that Chloe gets into some trouble with Bryce and that he may even rape her as well.

If you're not one of those fans who pillages the internet for behind-the-scenes secrets, you may have missed out on the announcement that new characters were even joining the next season, so there's no shame in being clueless about Chloe. One of seven new additions to the show, Chloe is the popular head cheerleader at Liberty High who is naturally drawn to Bryce's crowd of football players. Playing Chloe is Anne Winters, who told FLARE about her new role:

I will be involved in a lot of drama, that’s for sure. The story and writing is amazing... She’s a cheerleader. It’s funny because I had been working on the show before it had got released to the public, so I didn’t really say anything and also I can’t say much. I can’t really tell you too much, but I can say that I am one of the new characters and you will see a lot of me. Chloe is a very different character than other people I’ve played.

Out of all the brief descriptions we have of 13 Reasons Why's new characters, Chloe seems that she's the likely "it girl" among the group. Other upcoming characters include the Liberty High baseball coach, a litigator, and artsy and edgy high school students, so it makes sense that a new person has to have easy access into Bryce's world. While Winters classified Chloe as a mean girl when speaking to PopSugar, she promised that the characters has more layers that will prove essential to the season's storyline:

I think I represent the blurred lines — in season one it's very black-and-white of what's right and wrong — and I think my character explores a very medium line. I'm really happy that I got to portray this character. I think a lot of girls will relate to it. I definitely did.

In the same interview, Winters also pointed out that Chloe being a new character doesn't necessarily mean that she's a new student at Liberty High. We all know about that meme sympathizing with the nameless kids that went to Hogwarts at the same time as Harry Potter, right? The same thing goes for the other unknown Liberty High students who were inevitably exposed to the aftermath of Hannah's death. This concept also offers plenty of new character possibilities for the show's rumored Season 3.

I know I'll be on the edge of my seat until I figure out what role Chloe plays in Bryce's fate. Season 2 of 13 Reasons Why debuts on Netflix on Friday, May 18.

More like this
Is Netflix Making A 'To All The Boys' Spinoff Series About Kitty? Here's The Tea
By Rachel Varina
Here's How To Vote For The Next 'American Horror Story' Theme Among 6 Options
By Cianna Garrison
This Reported Update About HBO Max's 2021 'Friends' Reunion Is Great News
By Cianna Garrison
Stay up to date