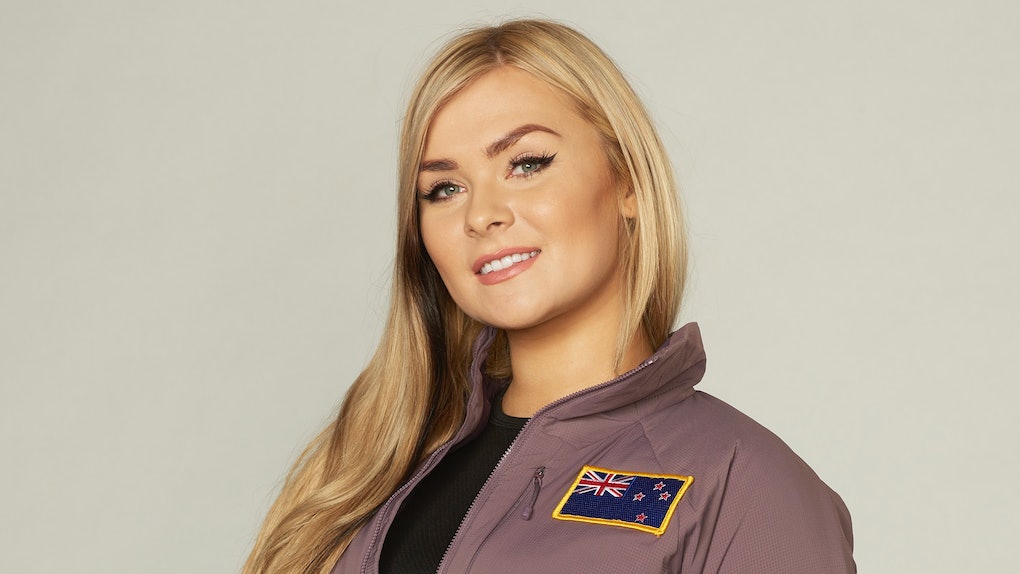 Who Is Ally On 'Bachelor Winter Games'? Get To Know The Blonde From New Zealand

You know how the first few weeks of The Bachelor are dedicated to figuring out which girl is which and, in the case of this year, which Lauren was which? I have a feeling that the first day or so of Bachelor Winter Games will be just like that. There are plenty of blonde foreign contestants competing on the spinoff series, and I'm still trying to get their names straight. Focusing on a particular blonde contestant from one of the more long-running foreign versions of the franchise, I have to ask: Who is Ally on Bachelor Winter Games?

The 24-year-old competed on Season 3 of The Bachelor New Zealand, but originally comes from England, having moved to New Zealand when she was only 19. Finishing the season in ninth place, Ally seems to be the equivalent of girls like the current U.S. season's Jenna and Maquel — they're around for a decent amount of time, but they're really just background players who come out of the experience as everyone's best friend.

Still, she ended up on Winter Games for a reason, and I'm determined to figure out why we should be excited for her appearance on the show. Here are five notable things to remember about Ally before Bachelor Winter Games premieres on Feb. 13.

1. She Moved To New Zealand When She Was Only 19

Originally from Worcester, England, Ally began living in New Zealand when she was still a teenager. It's unclear if she moved alone, but major props to her if she started over in another country completely solo.

Like her Winter Games costar and former Bachelor New Zealand castmate Lily, Ally seems totally down to embrace the YOLO factor of life, especially given the reveal of her tattoo in her cast bio that says "life is what YOU make it." Do you think she got that ink before the Hannah Montana song came out?

2. She Was Surprised When She Was Eliminated From 'The Bachelor'

Ally was one of 22 women vying for the heart of 28-year-old Zac Franich, and the yoga teacher and cosmetic tattooist genuinely thought she had developed a strong connection with Zac when she was unexpectedly cut. Speaking to a New Zealand news outlet soon after her elimination, she said:

We had so much laughter and banter... but then at the rose ceremony I had that feeling I was going... I was 50/50 expecting it. We were more in that bro zone level — I knew that when we were having a pint of beer and I chugged it back! I'm not ladylike.

In the end, Ally felt that she would've completely fallen in love with lifeguard Zac if she had more one-on-one time with him. Aw, that's what they all say. To be fair, it looks like she was friend zoned long before she realized it:

Also, Zac apparently compared her to Kirsten Dunst, which I totally see.

3. She Had Her Beauty Priorities Straight Before Going On 'The Bachelor'

We've heard all about the great lengths American Bachelor contestants go to in order to look their best on TV, and maintaining a solid beauty routine seems to be universal in all countries. Ally gave an interview during her season that spilled on her typical style, outfit organization, and her must-need items for filming:

I made sure I bought my favorite choker necklace, my straighteners, and my go-to high heels — a girl's got to look fierce.

After she participates in various sports on Bachelor Winter Games, we'll have to see how Ally still pulls off looking fabulous!

4. She And Lily Became Close On 'The Bachelor'

Just like with the U.S. contestants, Ally and Lily join Winter Games with a slight advantage: a friendship with each other. 21-year-old Lily, who was the runner-up on the women's Bachelor season, listed Ally as one of her closest friends from the show while appearing on New Zealand TV after the Bachelor finale. While Ally isn't easy to find on social media, Lily is a different story, so I'll be keeping an eye on her Instagram for any possible pics with Ally and any other friends they made while filming Winter Games.

5. Her Ideal Man Is Pretty Basic

In Ally's Bachelor bio, she described her ideal mate as "kindhearted, funny, smart, happy, and loyal," which are requirements that arguably eliminate a good amount of men but still not enough to find "the one." For me, Ben Higgins immediately comes to mind based on these qualities, so maybe Ally will feel the same and snatch up that Bachelor during Winter Games.

I mean, who wouldn't?

Good luck to Ally as she competes on Winter Games! The Bachelor Winter Games premieres on Tuesday, Feb. 13 at 8 p.m. ET on ABC.