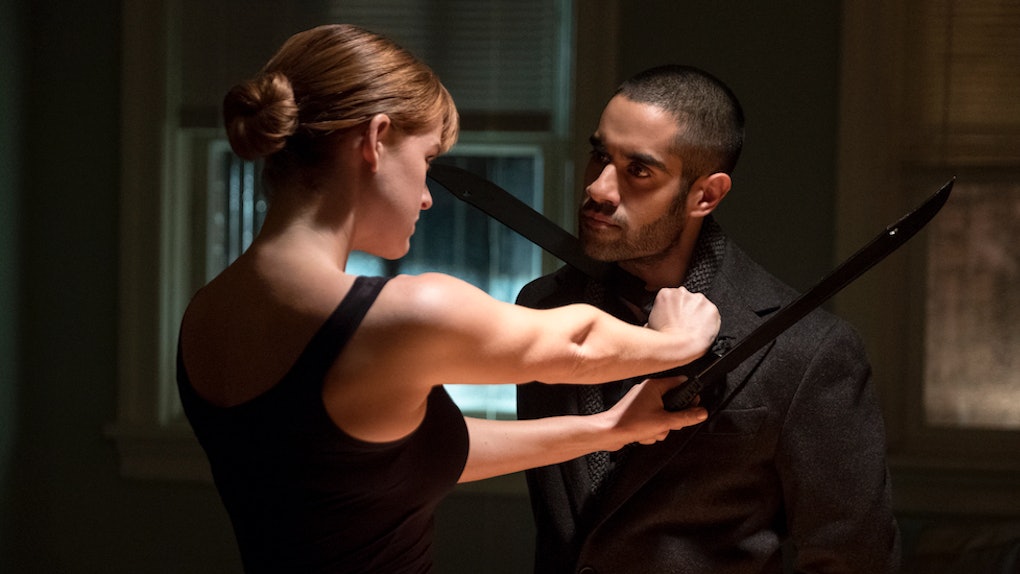 Who Are Steel Serpent & Typhoid Mary In 'Iron Fist'? The Marvel Comic Villains Have Arrived

A new season of a Marvel show means new super-powered bad guys, and Season 2 of Iron Fist is bringing two iconic comic-book villains to life. Although their supervillain names are never mentioned, the two major threats that Danny Rand finds himself going up against in the new season actually have a long history within Marvel comics. So, who are Steel Serpent and Typhoid Mary in Iron Fist, and how closely did the Netflix show get to their comic-book characters? Let's talk about these villainous new threats.

Spoiler alert: This post will contain spoilers for the second season of Iron Fist. The characters of Davos and Mary Walker in the new season are adaptations of the Marvel comics supervillains Steel Serpent and Typhoid Mary, although it would be hard for non-comics fans to make that connection since Season 2 of Iron Fist never uses those names. The show also stays very close to the comic-book story for some parts of these villains, and totally omits others.

Let's start with the main villain of Iron Fist Season 2: Davos. Viewers first met Davos in Season 1 of Iron Fist, when he was introduced as Danny Rand's closest friend and adoptive brother from K'un-L'un... but then things start to turn south at the end when Davos disagrees with how Danny is using the power of the Iron Fist, and it is revealed that he has been jealous of his best friend for getting the power.

This closely mirrors Davos in the comics, who is also intensely jealous of Danny receiving the power of the Iron Fist, so much so that he devised a plan to steal the power from Danny. Davos becomes the Steel Serpent after getting a mystical snake tattoo on his chest, and he presses the tattoo against Danny's dragon tattoo in order to absorb the Iron Fist's powers.

Davos' evolution into the Steel Serpent is closely adapted from the comics into Iron Fist Season 2. The only real difference is that instead of pressing his serpent tattoo against Danny Rand's dragon tattoo to drain his powers, Davos uses a bleeding ritual and then presses his hand against Danny's head. In the end, it is a much closer comic-book adaptation than his fellow supervillain.

A little while into Season 2, we find out that the sweet and kind artist Mary has an alter-ego named Walker, a trained assassin hired by Davos and Joy Meachum to track Danny. As the season goes on, we see that Mary and Walker have a difficult time balancing their drastically different lives given that they switch back and forth so often.

The Mary Walker character is adapted from a Marvel comics character of the same name, but known best by her supervillain name Typhoid Mary.

Typhoid Mary does have the Mary and Walker personalities that we see Mary jump between on Iron Fist, but interestingly, we never see the television version of Mary go into the comic-book villains two most iconic personalities: Typhoid Mary and Bloody Mary. Typhoid Mary is seductive and vicious while Bloody Mary is just plain brutally destructive, and both personalities also have psychic and pyrokinetic abilities.

At the very end of Iron Fist Season 2, Walker discovers that there is likely a third personality within her that she and Mary don't know about, which sounds like the show is setting up either Typhoid Mary or Bloody Mary to make her appearance in the future.