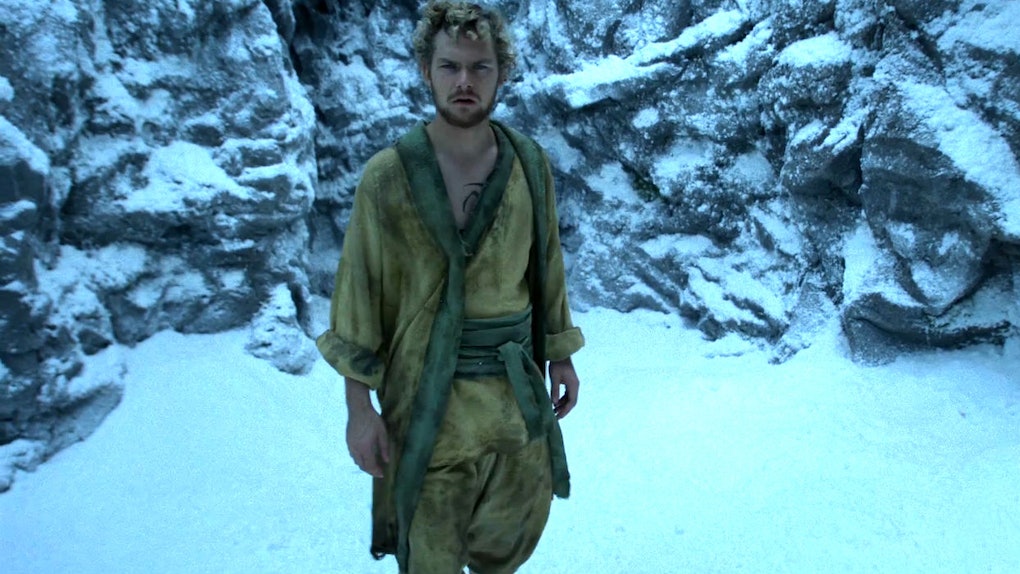 Netflix's Marvelverse is up to six titles, five of which are active. The original "Big Four" are Daredevil, Jessica Jones, Luke Cage, and Iron Fist, with The Defenders as the crossover series and The Punisher as the first spinoff series. The Defenders is currently dormant until Netflix chooses to do another crossover, but the other five are all in production or just aired. The next one on the roster for streaming is Iron Fist Season 2. But before it arrives, here's an Iron Fist Season 1 recap to help you remember what happened to Danny Rand last time he was on screen.

Iron Fist has a bad rap compared to the other shows. This was partly due to the schedule. Finn Jones went directly from Game of Thrones to Iron Fist without having time to stop and train in martial arts, and it showed. But the other problem was one baked into the text.

This is a show about a kid from NYC, Danny Rand, who by sheer luck survives a plane crash as a child, is raised by monks in the mythical country of K'un-L'un, and somehow bests everyone in his order to fight a dragon and become the Immortal Iron Fist. His job is to defend a country that took him in and raised him up from their evil nemesis, The Hand, who fans know from Daredevil are active in New York.

Instead, Rand goes home. It is the Marvel equivalent of "You Had One Job."

It's an understandable mistake. Danny wants to find his people, despite being ill-equipped to do so. He doesn't even think to wear shoes around the streets of New York City. (It's a miracle he doesn't need tetanus shots.) When he shows up at his parents' old company, which is worth billions, but their partners, Ward and Joy Meachum, have no compelling interest in believing Danny's story.

Ward goes a little far, ordering the "fake" Danny killed. But Ward's egged on by his abusive father, Harold, who has been pretending to be dead for decades to hide from the Hand.

Luckily, Rand's fighting abilities keep him alive long enough to find Jeri Hogarth (yes, the lawyer Jessica Jones works for). She does remember Danny and takes his case, forcing the Meachums let Danny back into the company. Also, she gets him to dress like a New Yorker with money.

Meanwhile, Danny meets Colleen Wing. Next thing you know, Danny won't leave her alone. But Colleen is a member of the Hand. Once they find out she's got Rand's attention, her boss, Bakuto, insists she recruits him, while the rest go to attack K'un L'un since it's undefended. Colleen winds up falling for Danny instead. They go back to K'un L'un once she tells him the Hand knows he's not on duty. It is, of course, too late. K'un L'un is gone.

Harold, meanwhile, tries to get Danny to fight the Hand here so he doesn't have to fight them there. In doing so, Joy accidentally finds out her dad was alive all these years, only to have him die when he betrays Danny and Ward. Let's just say she doesn't take it well.

Since Iron Fist Season 1, Danny and Colleen have shacked up. They met Luke Cage, Jessica Jones, and Matt Murdock, and Colleen is now friends with Harlem detective Misty Knight. When Murdock died at the end of The Defenders, Danny took to heart his last command to "defend my city."

Now Danny has a new job: Defending NYC. He can't make a bigger hash of it than he did with K'un L'un, right? Iron Fist Season 2 arrives Friday Sept. 7, 2018.