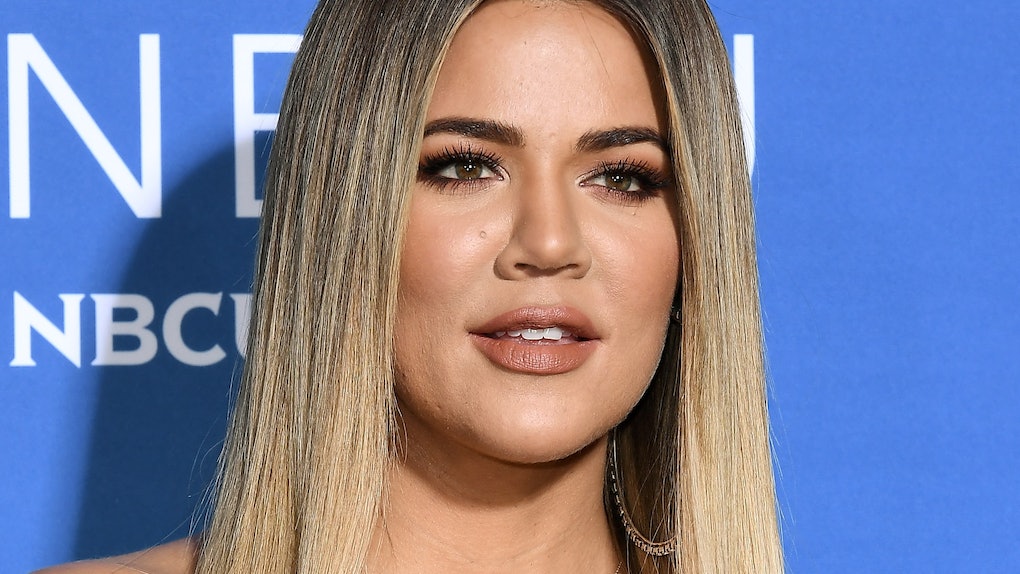 Where Will Khloe Kardashian Raise Her Baby? Cleveland May Be Out Of The Question Now

Khloé Kardashian is a mama! TMZ reports the reality star welcomed her first child, a baby girl, with NBA player Tristan Thompson on April 12. While the baby's name has not been revealed yet, fans are already in love with the youngest addition to the Kardashian family. With Thompson living in Ohio for work and Kardashian living in California, however, where will Khloé Kardashian raise her baby? It's a fair question to ask, seeing as the couple has split their time living back and forth between Ohio and California ever since they got together.

But now, things might be changing, as reports that Tristan Thompson cheated on Khloé Kardashian went viral on April 10. The Daily Mail released a video that appears to show Thompson talking with another woman in an NYC club from that weekend, and The Daily Mail claims Thompson and the woman kiss in the video. A subsequent video from TMZ also claims to show Thompson kissing another woman in a hookah bar from November 2017. Elite Daily reached out to Kardashian and Thompson's teams for comment on both reports but did not hear back by the time of publication.

The baby was reportedly born in Cleveland, as Kardashian shacked up there as she neared her due date. Kardashian once said in an interview with Steve Harvey back in September of 2017 that she adores Ohio. “I do really love Cleveland, I really enjoy it,” she said adding that spending her time between L.A. and Cleveland is like living "the best of both worlds." Does that mean she's ready to leave her family behind and head out to Ohio permanently? At this point, it's hard to say. Especially considering the fate of Kardashian and Thompson's relationship could be up in the air, if the rumors of his cheating are true. Fans are also hoping Kardashian will get back on the first plane she can to return to Los Angeles to be with her family and raise her daughter there.

We learned the baby was a girl on the season finale of Keeping Up With The Kardashians on Sunday, March 4.

And now, their baby girl is here! Time flies, fam.