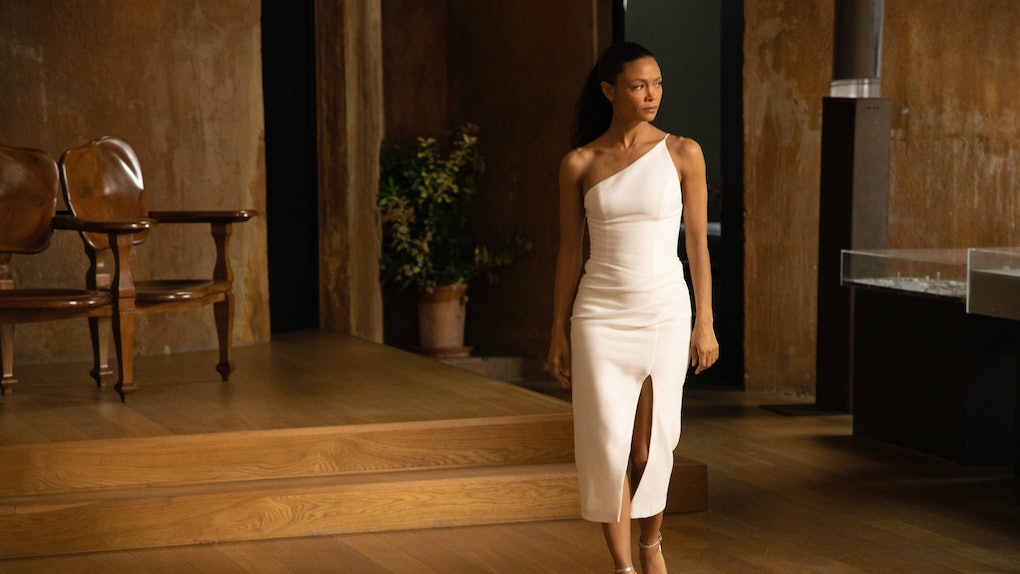 Where Is Maeve? 'Westworld' Season 3, Episode 2 Has Fans Spiraling

Westworld's Season 3 premiere ended with a post-credit sequence, revealing Maeve to be in War World. At the end of Season 2, she'd been last seen on the beach, ready to be transported back to the labs. Viewers were worried her memories would be wiped, her ability to control other hosts taken away, and Maeve sent back to square one, just in a new period outfit. But it turned out things were far more complicated. By the end of Episode 3, the real question fans are asking: Where is Maeve? Warning: Spoilers for Westworld Season 3 follow.

At first, it seems like Maeve magically came through with her memories intact, though her ability to control other hosts is gone. Hector, too, seems to know the escape mission; he has a car stashed to get to a plane to fly out. But when he calls her "Isabella," Maeve realizes the escape is just part of his implanted narrative. She is the only one who knows the truth.

Maeve gets herself shot so she will wake in the lab, and she once again pushes her favorite technician, Felix, into allowing her to escape. But then she runs into Lee Sizemore, who magically didn't die, despite fans seeing him killed in the Season 2 finale.

Maeve wants to believe Lee assigned her to War World because it's closest to the Forge and her daughter. But upon running away with him to gain access to her, things stop adding up.

Sizemore claims his survival was luck, but the more he pushes Maeve to open the server where the hosts escaped to, and insists she's been here before, the more red flags jumped out. Sizemore died before the Door opened. He couldn't know if she'd been inside the Forge (which she hasn't).

Sizemore isn't alive, this is a program pushing Maeve to demonstrate how the locked server can be accessed. She's not in the Forge. This isn't even the park; it's a simulation.

Thankfully, Maeve knows how to disrupt it. There's only so much computing power, all she has to do is overwhelm it, like a DDOS attack, and it will crash.

It's then the show cuts to a server-like room. Inside, dozens of host control units, including Maeve's, are networked together into this false reality.

Desperate to escape, Maeve takes control of a mechanical to break her out. The robot smashes the glass and removes her host control unit from the simulation. It then attempts to escape with her. But dozens of gunmen bring it down before it can get out.

When Maeve next wakes, Serac, the co-owner of Incite, greets her. He tells her this is the real world, and he has brought her here to help him take down Dolores.

Serac has control over Maeve — when she refuses to cooperate, he shuts her down, murmuring maybe next time she'll see sense. Even if this is the outside world, she's no freer than she was in the park. And her escape options just changed drastically.