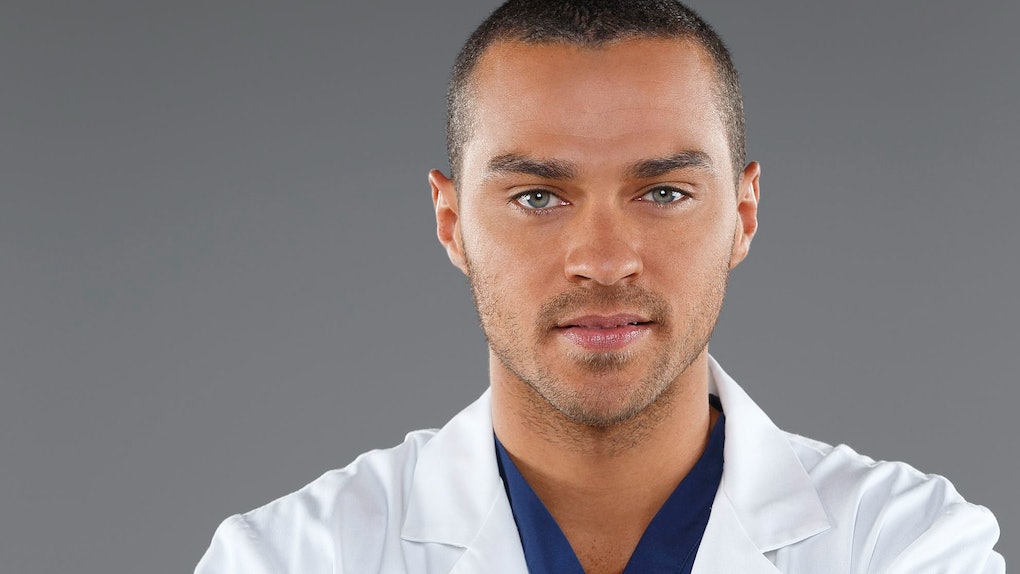 Where Is Jackson On ‘Grey’s Anatomy’? Season 15 Episode 3 Gave Us A Hint

This season actor Jesse Williams has a lot of conflicts with making movies versus the Grey's Anatomy filming schedule. Fans have been worried he might be leaving the show or finding a reason to disappear for episodes on end. This week, it turned out they were right. After the events of the season premiere, Jackson Avery decided to blow up everything he knows and take off. Where is Jackson on Grey’s Anatomy? It turns out he's taking a break from his life. Warning: Spoilers for Grey's Anatomy Season 15 follow.

Last week, in the Season 15 premiere, Jackson decided he, Maggie, and DeLuca should walk to work, to help clear their hangovers from the double wedding of the Season 14 finale, which, in their timeline had taken place the night before. DeLuca fell behind, fretting about his kiss with Meredith, but it provided him the ability to look ahead and see Jackson and Maggie, deep in conversation, were about to walk into the path of an oncoming car.

DeLuca jumped and grabbed them back, saving their lives. As Maggie said in tonight's episode, it wasn't a miracle or anything, it was just a moment of luck. But Jackson reaction was such he saw it as proof of a higher power. Perhaps April's survival, the witnessing of her leap of faith into marriage, and now this moment where his life was saved was proof someone was watching over them.

Fans were hoping last week this would be a new direction for Jackson. Maybe the fears of him being removed from the show's plotlines were unfounded. Perhaps he would be front and center in Season 15, undergoing a conversion to faith.

Turns out, not so much. Instead, Jackson emailed the staff he was "taking some time to sort things out" and disappeared.

Worse, the first the audience heard about it was the first Maggie heard about it too. Jackson didn't include her in the email. Instead, he left her a voicemail, one she didn't get until after she heard he'd gone.

Mind you, longtime viewers of the show haven't been the biggest fans of the Jackson-Maggie courtship. There were too many of them who'd rooted for Jackson and April for too long, and there were others who just thought this was a cheap way to pair Jackson off now April had moved on. But even so, everyone can agree that Maggie didn't deserve this.

By episode's end, Jackson had messaged Maggie, telling her it wasn't her fault, he cared about her so much, if he had tried to tell her to her face, he wouldn't have been able to go through with it. (It might have caused another partial marriage proposal as well, so Jackson probably made the right call.)

But it seems Maggie is making a call as well. As the episode concluded tonight, she began messaging Jackson back, telling him they needed to talk.

But then she thought better of it. Gut instinct said maybe letting Jackson go do his thing (and letting Jesse Williams go film and promote his movies) would be the best for all involved. At least for now.