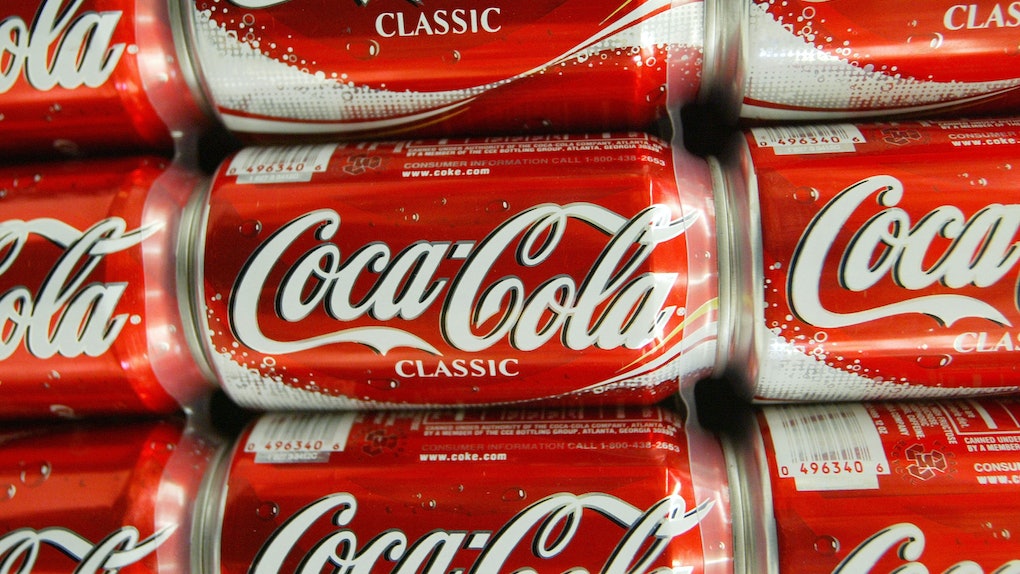 Where Is Coca-Cola's Alcoholic Drink Available? You'll Have To Travel To Taste It

If you've surfed the internet at all recently, there's a very likely chance you've heard about Coca-Cola's new up-and-coming alcoholic beverage... and no, to your disappointment, it's on-the-go rum and Coke (ahem, that's literally my dream come true). And although I'm beyond ready to get that other kind of buzz from my Coca-Cola, actually finding some might be a little tougher than I'd like it to be. I researched where Coca-Cola's alcoholic drink will be available... and unfortunately, it is not quite the answer I was looking for.

As it turns out, Coca-Cola's new alcoholic drank is going to be a variation of the popular Japanese beverage, Chu-Hi. And to my utter disappointment, it's probably only going to be available in Japan, per an interview with Jorge Garduño, the president of Coca-Cola’s Japan business unit. While Coca-Cola fans and nightlife enthusiasts (like myself) are really hoping that it'll somehow make its way into U.S. markets, Garduño says it's pretty unlikely.

In addition to giving some details on the new drink, he says that Coca-Cola's brand with Chu-Hi would fit particularly well into the Japanese beverage market, and that people probably shouldn't expect to see any drinks of the like anywhere else around the world. Apparently, this product is "unique" for Japan. During the interview, Garduño said, "Coca-Cola has always focused entirely on non-alcoholic beverages, and this is a modest experiment for a specific slice of our market."

Globally, it’s not uncommon for non-alcoholic beverages to be sold in the same system as alcoholic beverages. It makes sense to give this a try in our market. But I don’t think people around the world should expect to see this kind of thing from Coca-Cola. While many markets are becoming more like Japan, I think the culture here is still very unique and special, so many products that are born here will stay here.

In case you didn't know, I'm in a somber state of mourning RN... but that's OK.

In terms of what the drink might consist of, according to Financial Times, Chu-Hi is a mixed drink that comes in many of flavors, and major local brands like Kirin and Suntory have released some particularly unique-sounding variations, such as yogurt and wild basil. So, Coca-Cola definitely has a wide range of flavor options to choose from. Chu-Hi can have have an alcohol content as high as eight percent, so they're definitely where the party's at, if you're planning on going out in Japan anytime soon.

The history behind Chu-Hi is actually pretty fascinating. According to Japan Times, Chu-Hi became popular after World War II, when Japan's alcohol supply was scarce. Chu-Hi contains shochu, a Japanese liquor. Whiskey was considered to be quite rare and expensive, while shochu was a cheap spirit distilled from common goods, such as sweet potatoes, wheat, barley, brown sugar, buckwheat, or sesame. Since the taste of shochu was pretty unappealing, bars and street stalls began mixing it with soda water, juice, flavored syrups, or teas, calling it a “shochu highball,” which is now better known as chuhai, or Chu-Hi. Now, it's commonly sold in the form of canned beverages throughout most of Japan.

There's no denying that I am absolutely devastated that I probably won't get to knock back some Coca-Cola brand Chu-Hi's this weekend, but I'll get over it... eventually. If you do decide to embark on a magical journey across the Pacific, though, Chu-Hi might actually be the star of all your pre-games, so prepare for the party of a lifetime. If you do happen to get your hands on a Coca-Cola brand Chu-Hi when it becomes available, though, please send me a six pack... or at least snap some pics. I'm getting desperate here.

More like this
The Trendiest TikTok Recipes Of All Time That You'll Want To Taste With Your Buds
By Kelly Pau, Kaitlin Cubria and Marisa Casciano
Here's Where To Buy Naturdays Pineapple Lemonade Beer To Unleash Your Summer Vibes
By Cianna Garrison
How Long Is Pepsi Blue Available? Don't Wait To Sip The Colorful Cola
By Cianna Garrison
Stay up to date